Sciensus: Ok so i've always had my Meds delivered by... - NRAS 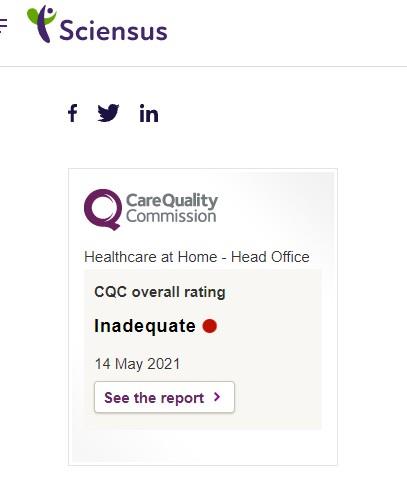 Ok so i've always had my Meds delivered by whoever it was b4 it became Sciensus without any prob what so ever.

Now it seems after one month of being Sciensus things are already going downhill.

Apparently they have been trying to contact me with the details they have to arrange delivery and they ""have been unable to make contact".

I don't know why this is because i've had no missed calls on Landline and Mobile. I did have an unknown number call me three time which i answered and they were silent. Whether that was them or not i dont know.

So moving forward as they said in the letter they sent me the best way is to go on online chat. So i go on the Website and guess what there is no Chat Icon.

So now Saturday will be spent trying to arrange my Delivery :/ 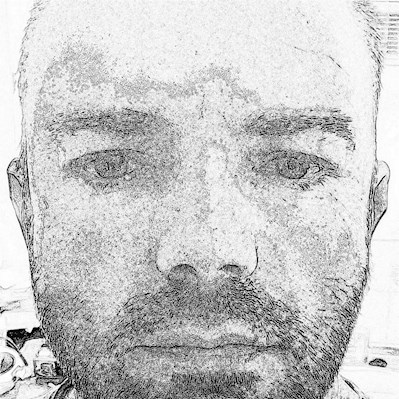 chunkypie
To view profiles and participate in discussions please or .
33 Replies
•

So frustrating for you. 🙄

Really? Darn it. Looking forward to my next delivery then. 🙄

I arranged my last delivery via the chat option on their website (about 2 weeks ago) so it is working; I guess when they get really busy or out of hours they might turn the chat option off.

Good luck with sorting yours out 🤞

watcher56 in reply to Marionfromhappydays

Last time I rearranged via chat, they did cancel the delivery date they gave me which I couldn’t do, but didn’t schedule in the new date. I used it again to query why no text to advise of the 2 hour window and they had no record of the supposed new date.I guess the name has changed but the staff and systems will be the same.

Hope you get it sorted soon, it's stressful and frustrating in equal measure when something so essential gets messed up. If it's any reassurance I got my delivery via Sciensus on time two weeks ago, they rang me when I was wandering around Whitby which was a bit surreal, the lads on the phone was friendly and accommodating.

That loud thud was my heart hitting my boots. Healthcare at Home worked brilliantly for me and I suspected that the change of name would mean a change in service. I wish I hadn't been so cynical only to be proved right

Glad healthcare at home worked well for you. They’ve been nothing but a headache for me, was hoping that things might improve but sadly it seems not.

I had heard that their delivery was very patchy. I'm so sorry

Healthcare at home were great. So I don't see how a name change can cause a problem. They must be using the same people

But if they were bought out rather than just a name change it would explain things?

Weirdly enough, I think some departments are better than others. I have my nebulised antibiotics delivered by them and their respiratory customer service department is pretty excellent. I’m afraid I can’t say the same regarding customer service, deliveries and general organisation of any rheum meds!

I collect my own medication , then I know exactly what I’m doing.

bpeal1 in reply to rabbits65

Unfortunately for most biologics that isn’t an option.

Yep mine are biologics that have to be refrigerated

rabbits65 in reply to bpeal1

Just had to rearrange a delivery they were slow to answer emails but managed to use the chat feature and it all worked fine even had updates about where the driver was ! Good luck

watcher56 in reply to Knittinggirl

Yes, the driver update is a welcome new innovation

I think they changed the name because of bad reviews, if you look on trust pilot the reviews are terrible. I've had deliveries from them for ten years and I've had problems but nothing like what I've read that others have had. I find if I phone on the dot when the phone lines open I get through pretty quickly.

We’ve been using healthcare at home for the last two years. Sciensus is purely a name change, nothing else, but we’ve always had problems with them whatever they’ve been called. Things (mostly) settled for about a year in the middle, but the problems have been bad again since May. In the last 3 months I’ve had to make 5 phone calls about one drug for the teen (they deliver 5 meds for her but over different account numbers just to make life unnecessarily complicated 🙄), almost run out of one of the others having had to chase deliveries, and they’ve just ballsed up my second imraldi delivery. My mtx had been coming via Alcura, so I was very disappointed when Sciensus made contact to say they were handling the new med.

I have no words of wisdom other than to say don’t leave anything to the last minute. They say they want you to have a fortnight’s buffer, so if you get to the three weeks of meds point and they haven’t arranged the next delivery, I would get on the phone then. I always ask them for email confirmation of anything discussed - I rarely get it, but they record their calls, so when I had to complain at the start of last year, I had evidence that they weren’t following through on agreed actions on that basis alone. The other thing to do is let your hospital team know; they’re paying for the company to provide a service, so if the service is naff and causing issues, I’ve found they’re usually quite keen to speak to them.

I had exactly the same as you! Can't contact them at all. Managed to get a response from them on Facebook! Had a delivery on Thursday, didn't request it didn't know it was coming, good job I was in! The driver was so mixed up too...lots of complaints from customers...oh..and no ID badge or uniform as mentioned on new blurb advertising how amazing they are! Not! I have emailed , no reply, messaged, no reply, phoned, in queue for an hr then rang out, my flabber was gasted! Have a good day all.

Sorry to hear about your problem. I haven’t experienced any issues so far. Let’s hope it is an isolated event. Good luck

I’ve had my biologic delivered by healthcare at home for over 10 years. In the beginning it was very difficult to get in touch with them. It would take ages for them to answer the phone. Once they went onto emails it was much better. I’ve had one delivery since they changed their name to Sciensus and that was easy to arrange and came when it was supposed to. Fingers crossed for the next one.

I’ve called them and they’ve been really good. I called them one evening at 7pm to postpone a next day delivery and there wasn’t an issue at all.

Don’t know if it’s a rebrand or a takeover, but I’ve not experienced any issues.

What a pain for you though. Can you email them?

I have just started a biologic and am dealing with Sciensius. They call sometimes from an 0330 number and as a result I nearly didn't answer thinking it was a nuisance call. So far haven't has any problems 🤞. I held on phone the other day too and got through. Maybe you just caught bad time. Hope you get sorted x

Lucky me, I had a delivery which they scheduled by text and the driver even gave me a new Sharps box as I had forgotten to request one. Guess it is hit and miss, so will see next time.

Just an update. Spoke to them via webchat and got it all sorted. Katie was very helpful. There was no chat option on the site Friday because i think they all logged off a little bit early due to it being a Friday lolThey also had two mobile numbers for me, One i have not used for over 20 years so no idea where they dug that up from. I'm guessing its from NHS Records.

Still a bit confused why they had problems contacting me though originally.

I've had problems with them scheduling someone to show me how to administer injection. My appointment got cancelled 3 times over 2 week period which delayed me getting started on biologics. I totally lost it on the phone and eventually they arranged for someone to visit 2 days later. The deliveries have been ok so far. Keeping my fingers crossed 🤞

O dear, frustrating indeed. I'm only just coming up to 12 weeks on adalimumab (not yet working....) and have had 2 deliveries so far. The company delivering changed to Sciensus after the first delivery. On both occasions, the rheumatologist ordered the biologic and I was phoned by the delivery company to arrange delivery promptly. I haven't yet had a problem with them, but hope things continue well - and that they will for you! The lady on the phone from Sciensus this last time was actually particularly friendly and helpful. The previous time, the man was also very accommodating.

Oh don’t get me started I was checked double checked had every test under the sun saw rheumy biologics nurse , rheumy consultant and immuno 6 weeks ago so after consultant emailed biologics nurse again and said more or less get it done. Have sciensus ever heard of me NO they only have my old records from over two years ago and I moved house 6 weeks ago but I triple made sure my new details of address and phone was updated. So basically I’m completely stuck no meds for nearly two years except pred which I’m going to have to stop because I’ve got ongoing gastritis even with a PPI and I’m losing weight which isn’t such a bad thing but with rampaging RA and stuck in the loo all the time I’m losing my patience 🙄🤷‍♀️🤬

I have downloaded the new Sciensus app and have been using that to confirm deliveries and it has worked brilliantly, I can also order extras ie sharps bins this way, there is a chat option , which has worked every time I’ve needed it and it works for me as I can’t take phone calls at work

Anyone else think the H@Home system is not fit for purpose?!

company called Healthcare at Home would contact me to arrange delivery. They called today...

Hands up who has been happy with Healthcare at home/HAH?

script)instead as that's what I was having for 6 months up to now. I have checked and tried to...

Is there an alternative medical term for CRP & Methotrexate hangover

don't have an NHS team that I can contact).

numbers to contact them on I've checked on say no to 0870! As I only have a mobile all of the calls...

down when the call I'd been waiting for from bupa/healthcare came. I'm to expect delivery on...

RA agony, debilitation, biologic not working, pain out of co...