Started injecting Enbrel 16 years ago. It worked well for me allowing me to live a pretty normal life. Last September I was asked switch to Benepali, I reluctantly agreed. I’ve since had regular flares, effecting feet, ankles, wrists, fingers and thumbs. I’ve lost a considerable amount of weight, have severe anxiety, sleepless nights and I sweat profusly. I’ve started to feel more lefargic and very emotional. I just want to go back onto Enbrel. 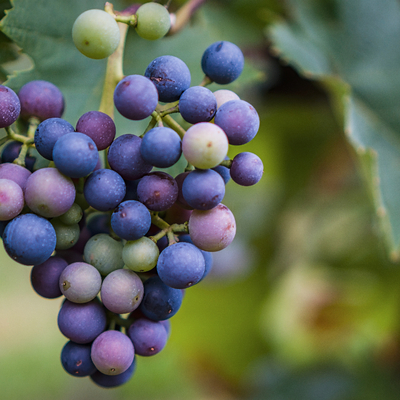 Ihurt2
To view profiles and participate in discussions please or .
Read more about...
9 Replies
•

There was a post from another member recently who had been switched to the biosimilar for Humira. And she managed to get it changed back.... So make a fuss about this and push to be switched back again.

When you agreed to change were you told anything about the possibility of switching back if Benepali didn't suit you?

Sorry to hear that all i can offer you is my support . I was on retuximab for more than five years . It gave me my life back , had RA for twenty five years . New rheumy doc decided i no longer needed bio drugs and took me of it . Three years on iam back to were i started stiffness and pain . See my Rheumy tomorrow dreading it . I just want to go back on retuximab but iknow i am going to have a fight on my hands . I wish you well

So sorry they did this .. I'm baffled .. And sad too. Hope you can soon be back on it and feeling better. Rituximab only puts you in a medicated state of remission as such. It's very rare to find that RA just packs up and goes for good. Keep strong and get your GP on. your side. X

I am on Rituximab and was asked to switch to the cheaper version and i agreed , the nurse did tell me if it didn’t agree with me could switch back .

So sorry to hear that the biosimilar is not working for you. Please ensure that you flag this very clearly to your rheumatology team and ask to be reassessed asap to either go back to your original medication or consider another biologic. You have the RIGHT to ask to go back to Enbrel. Also this should be flagged via your rheumatology nurse to the BSR Biologics Register as it is this real world evidence that is important to capture.

Good luck and remember NRAS is here to help if there are further issues do call us on 0800 298 7650 or email helpline@nras.org.uk

A young man I know was asked to switch from Enbrel to biosimilar Erelzi some 6 months ago. He found the new injections very painful and disagreeable by comparison, and it has now been agreed that he switches back to Enbrel. Not too much hassle agreeing to go back to it.

Difficult to say whether it was purely the injection mechanism which made the difference, or the contents of the "syringe". The Erelzi seemed fairly effective in terms of managing his Juvenile Idiopathic Arthritis (JIA) but he found using it almost as difficult as using Methotrexate (MTX).

I'll advise later as to whether the switch back to Enbrel is successful, in terms of his mental and physical state.

I have some older posts on the subject, look um up.

I was allowed to switch back as I became severely ill on Benepali after taking it for a while.

Get on the blower to your rheumy nurse. Write down all the symptoms you have been dealing with before you call and read them out to her. Keep the notes. With me the decision had to go back to a board to be approved but it happened very quickly, I think they pushed it through bcz I was such a mess. I was in floods of tears to my rheumy, bcz I was back to square one with my disease after years in remission.

I still say biosimilars are not as similar as the name suggests and docs tell you. I had my routine hospital check on Monday and the Doc said...Oh, biosimilars are the same thing..."I said hold on a minute,,, have you taken them?! Bcz I have and I can tell you that they are not the same thing, they took at least a year of my life away and flushed it down the loo" Ok I know that sounds pssy but I said it in a cheeky way. My Doc's fairly young and gets my banter, so we laughed it off, and said no more about it. But at the time of switchback I wanted to go there in detail. I still have my written list of side effects I can go through with him kept from a year ago. Many of which you make mention of ihurt2. In fact I wanted an audience on this, so it could be documented in order to help others coming up the ranks being switched like yourself. But they weren't interested to take note I'm afraid.

Imo most times biosimilars work best for ppl who have not been on the branded version of the drug. Bcz we actually have the comparison to make an informed choice, so the game is up. They are like night and day,,,can you call those similar meh!

Did you ever go back to Enbrel? I was wondering how it went. I switched back to enbrel a year ago and it's been downhill ever since.

I'm in the process of trying to get a different biologic agreed.

Hi, I have been on Benepali on & off for two months now. Zero side effects for a while, then...

How can we be sure that benepali is working?

therapy so started enbrel and she was doing really, really well until she was switched to benepali...

are others coping with this drug. I used to be on enbrel. Anyone else having problems with this new...

they have definitely no plans to switch patients from enbrel to benepali I received a letter in...

currently on methotrexate tablets 20mg. I was on enbrel injections for 10 years,which gave me a new...