Struggle to walk sit anything

He has me going in next month for infusion of rituximab

Then says he never said i did not have it. He says that it is just strange as I do not have inflammation

Does anyone else have excruciating pain yet little imflamation

He went quiet and says he will get MRI done to see. Result !!

Will inflammation show on MRI 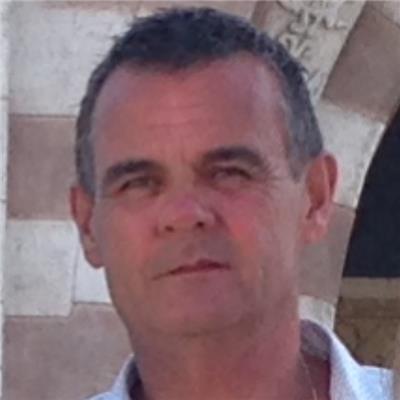 dobsey
To view profiles and participate in discussions please or .
Read more about...
18 Replies
•

Inflammation will show on an MRI. However, it will show if you have inflammation at the time of the scan, not necessarily whether you've had it the week before or week after.

I get a lot of pain with limited visible swelling. Yet, my disease is aggressive and has damaged multiple joints. I take "visible swelling" with a pinch of salt.

Same here. I get some swelling in my hands upon occasion, but not very often, yet I have visible joint erosion on x-rays. Plus my labs for inflammation are always normal. But then, with this disease I don't there is a normal!

Yep, I get pain with no inflammation markers. Also the swelling is kind of subtle. I can see it, but then I know what my body used to look like. It's not massively obvious if you've never seen me 'normal'. I also had the 'maybe the DMARD didn't work because there's no inflammation to work on'. But two weeks of predisolone proved there was inflammation & now I'm on DMARD number 2. Still work in progress, but I feel blessed that my consultant didn't try & dismiss what is happening with my body. You're not alone, RAinK

Hi, I have some visible swelling and hands have been swollen for 3 years now but my inflammation markers are very low with a low positive RF but when I finally had an anti-ccp this was strongly positive. I was told at my diagnosis that I had a mild form of RA but after seeing a difference consultant and more tests I now have an aggressive form with erosions...its a strange business this RA!!! Like you I've not responsded to any treatments well ENBREL did work a bit, I'm having my first Rituximab infusion next week. Good luck 😊

sacroiliitis is the hallmark of spondyloarthritis (ankylosing spondylitis, etc) which also includes inflammatory spinal arthritis. I would wonder if he is sending you for a SI xray, whether he thinks you have AS rather than RA. It should also respond well to biologics, but spondyloarthritis doesn't respond anywhere near as well to the usual DMARDs used for RA. Also Spondy doesn't have the same kind of inflammatory swelling you see in RA, but its still an inflammatory arthritis. Check out the National Ankylosing Spondylitis Society website for more in depth information.

I wrote a post about a similar thing recently. I was diagnosed sero neg RA last year and after 2 DMARDs tried and unable to take through side effects, in April I was discharged back to GP and told I cant have RA as the drugs I have tried have not worked and no inflammation in bloods (done 6 months ago), even though my hands and feet are constantly swollen and painful and I have pain everywhere. They havent even offered to do a scan to see if there is inflammation. I am just angry at the treatment I have had and the lies they have put in my records and even after re referral by GP they are sticking to their decision. I am contacting PALS about it but it is stress I can do without.

Blimey! Ask your GP if you can be referred to a different hospital perhaps? It all sounds too dismissive to me hun x

Yes it is dismissive and I am so angry with it all. Trouble is it took a lot of convincing for me to get the GP to re refer me and there is only one hospital which covers a vast area. The next hospital is quite a way but I will travel there if I can get a GP to listen. I am going to see if PALS can help. Gentle hugs Joolz.x

A similar thing happened to me flossy recently. I've had RA for 23 years and been on rtx for nearly 8 years but the last 2 cycles have depleted all my B cells but not given me relief. Rheumy say I've to have ultrasound scans of my hands and feet to look for inflammation as my crp and esr are not too raised. I felt initially that they didn't believe my pain but after I came away I thought about it and yes we do need to know if rituximab is clearing the inflammation or not. If I still have inflammation then they will change my treatment.

I did wonder also if I have fibromyalgia as I've been quite low and lacking motivation at times and suffer from the cold at times and when tired can't stand noise. Hope you get to the bottom of it. If you are not happy with your rheumy, get a second opinion x

I wish they had done a scan on me as they would see what I am putting up with. The Rheumy who wrote to my GP about the re-referral said that as I had refused further treatment and the last scan showed little inflammation the decision to discharge was correct. Firstly I have not refused further treatment and secondly the last scan I had was a month after finishing MTX which I had bad side effects and had to stop after 5 weeks so I believe this was still in my system and had taken the inflammation down at that time. Do you get fatigued and feel like you have flu all the time? I also have fibromylgia and osteoarthritis and I find they are trying to pin everything on these and depression which I dont have. I think they are mistaking anger and frustration for depression. Hope you too get the right treatment soon.Gentle hugs Joolz.x

Oh no poor you. I would talk to the Nras helpline who I'm sure will be able to advise you. Also take photographs of your swollen joints as evidence. Are you able to distinguish Fibro pain from RA pain? My sister has both and is unable to. Maybe ring pals too if your in England there will be a pals at your hospital or better still write direct to your rheumatologist.

Thank you. I will give NRAS a ring. I dont know which is giving me most pain but I dont believe you get swelling with fibro. I showed the last Rheumy photos of my hands and she just said it was fibro and osteoarthritis. I have written to my original Rheumy (never see the same one) who diagnosed me but I dont think I am going to get a reply as another rheumy answered my GP letter and sent a copy to me which they dont usually do, so I will try PALS. Thanks. Gentle hugs Joolz.x

Back at ya honey

I can't believe how often I hear this story - seems that if you don't have RA then they won't even consider spondyloarthritis, especially if you are female (unless you happen to hit the right rheumatologist, and have a classic presentation with obvious damage already showing on MRI). That is crazy when you consider that spondy is actually not an uncommon disorder - I believe about the same kind of frequency as things like MS and not a lot less than RA. The cynic in me says that its because RA can largely be treated with cheap meds for many many years, whereas once you have gone through as many NSAIDs as you can tolerate with spondy (usually only a couple of years worth) you jump straight to expensive biologics in the treatment order, as DMARDs really don't have any kind of disease modifying effect on spondy. Also, there are treatment targets for RA, so it makes sense for the NHS to put a lot of resources into that, and not "waste" these expensive biologics on a group of people where there are no treatment targets, and where diagnosis is a bit harder, so they can write it off as fibro or osteo, or just chronic pain.

You are so right earthwitch. It comes down to money and targets. Fibromyalgia is the diagnosis which they can push you to one side with as they dont know what causes it or what they can treat it with and is often seen as all in your head and osteoarthritis is treated like it is nothing even though they know it can be a chronic debilitating condition.When I had this experience with Rheumy dismissing me I felt like an unwanted handbag being thrown to one side. They forget that we pay into the system most of our lives and when we need help they dismiss us.

Well done you for challenging your doc. Great news you are getting an mri.

Hope the rtx infusion helps you

I had a great deal of inflammation and only minor pain with my RA.

positive and my joint pain is in both sides he says seeing I don’t have inflammation I don’t have...

Hey.. Feeling a little confused.. I've been having painful finger joints for about a year then...

they can cause problems. I also take 10mg methotrexate. Also how do you differentiate between RA...

all of my joints aching and swollen ... Fingers crossed Doc is right as I don't want to have a...

Update on mask wearing and appointment with Rheumy

An unfortunate series of events

The state of the NHS