Hi there, I am 40 weeks with my second child (big age gap)

I have been suffering with horrendous pelvic pain for months, I am also very small (size 6). 7lb7oz is a great weight and I’m so please he’s putting weight on and is healthy. However I am terrified he is going to be quite a big baby by now.

I have asked my midwife for a sweep at our 40 week appointment and she said no. I have no begged her and she said she will speak to her manager. She said they don’t do sweeps at 40 weeks for 2nd but do for 1st. But there’s no health reason to that. So I have said surely being that it’s my body and me going through this, baby is clearly a good weight etc so why not at 40 weeks.

Am I out of order requesting this? Where do I stand with requesting her to do this? I really thought being nice health risk that it shouldn’t be a problem if I’m requesting it! 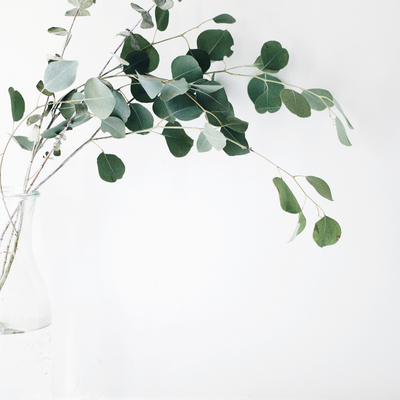 Kali2021
To view profiles and participate in discussions please or .
11 Replies
•

I’m sorry you are going through this. At my midwives it’s standard to offer mums a sweep at 40 weeks appointment regardless whether if it’s your first or not. My last baby was measuring huge on growth scans and my midwife said it was MY right to have induction. My birth was MY Choice. And she said they will support mothers on how they want to birth your baby. However I had to get a consultant to clear it as she didn’t have that authority to do so. I did get a consultant to request a induction and I was booked in for 39 weeks and my baby Eliza was 9 lbs 15 oz! She was my third (live as I lost one at 20 weeks) and last baby! So I’m glad I did request an induction as her birth was difficult and she was in Neonatal ward for 2 nights. If she hadn’t been induced she would’ve been even bigger and had more issues than she did. She’s now 3 months and thriving. A women’s wishes for birth should be respected. Good luck I hope they agree and the birth goes well Xx

Thank you for your reply!! Your midwife sounds like she was very supportive and understanding!

Our midwife has been quite difficult at times. Forgetting constantly that this is my second 🤦🏻‍♀️ Asking my partner who he was at a number of appointments throughout the pregnancy. Little things!

I just felt very shut down, I feel my reasonings for a sweep are justified all she has said is 7lb7oz is a good weight. And yes it is a great weight, but he could no potentially be 9lb+ and continue to put weight on if things don’t start moving!

So pleased your little girl is doing so well ☺️

You can ask for an induction if you’re ready to give birth or even a c-section. It’s completely your choice how and when you give birth. Make sure you have a birth plan with all your choices on there, including what induction methods you find acceptable and when you want them. Some midwives don’t do sweeps because there is no real evidence they actually work and they create unnecessary trauma to the cervix. But if you want one, your midwife should at least ask another midwife to perform it.

To reassure you on the “big baby” front, I gave birth at home to a 10lb 5oz baby with no interventions whatsoever. I was also terrified that my baby was getting too big and it would create complication at birth and I was glad in the end I didn’t know quite how big he was before attempting to give birth! I would have chickened out big time. But frankly it felt the same as with my first one who was a standard 7lb 6oz. The weight might sound vastly different but it is only a couple of centimetres. If your body is letting your body grow, then it most likely can cope with the size (unless you have GD or other pregnancy complication).

But the thing to remember is that you have a legal right to ask for the birth you want. If you need any advice and support in navigating the health system and getting your rights enforced please contact Birthright - advice@birthrights.org.uk - who can offer expert support. They can help you get clarity on your rights and also advise how to make yourself heard.

Kali2021 in reply to Bigblueskies

Thank you so much for such a kind and informative reply! This has really eased my worries! Midwife said no to the sweep but has agreed to do one at 41 weeks if she feels my cervix is ready for it.

Hi there, just to add some similar reassurance to the above about size - I gave birth to my little boy last week in an unplanned home birth, he was 9lb 12oz whereas my daughter was 7lb 11. His birth was a million times easier than with my daughter - if anyone had told me I'd deliver a baby that size, and without any pain relief or any professional support in just a couple of hours I never would have believed them so it just goes to show what our bodies are capable of.

Also the size predictions from scans can be very inaccurate and I'm sure they said to me it was more difficult the further along you are - his size was projected to be in line with his sister's.

In saying all that though, the difference between policies in different areas is crazy. I was offered a sweep at 38 weeks as "standard" where I live, and basically could have requested an induction from term onwards at any point. I did read a few studies that said for subsequent pregnancies, sweeps can be more effective at 41 weeks but for first pregnancies success rate is higher than 40 - so that may be one of the reasons, however as the other ladies have said, this is your pregnancy so you are perfectly entitled to request one if you want it.

Wishing you lots of luck whatever happens x

Wow, well done you and congratulations!! You have definitely reassured me.

It is crazy the different policies around, she said no to the sweep this time but she will do it at 41 weeks if my cervix is ready for it.

I did mention about all the “my pregnancy and my body etc” but seemed to go through one ear and out the other. Apparently managers decision is final over mine!

That is really frustrating, everyone is so different that strictly applying policy/guidelines in such a way is only going to work for a portion of people.

Either way, I hope you are able to relax a little and not get too caught up (easier said than done, I know) - you never know, with any luck your baby may well arrive before you even get to your next appointment!

Fingers crossed!! Thank you again for your reply 🥰

My 2nd baby was 15 days late. I had a scan at 32 weeks and they said then she was a big one so I was terrified of how big she would be full term.I requested a sweep at 40 weeks and they also said no so I had to wait until 41 weeks and they only gave me 1 whereas with my first I had 2 sweeps. I asked the reason why you get it a week later with your 2nd. Some midwives didn’t actually know the reason but one did say to me as it’s your 2nd your body knows what’s going to happen, but it still doesn’t make sense.

If it makes you feel better, my 2nd was big, she was 9ib 3oz but the labour was very quick and I had a really quick recovery. The sizes on scans aren’t 100% and the weight could also be if baby is long. Try not to worry too much. I completely understand where you’re coming from though. I was freaking out every day she wasn’t coming out.

Try and push for that sweep, I don’t think it’s fair that they won’t give it to you. Have they examined you? It could be your cervix is totally closed and they can’t actually do the sweep. I know that can happen. I was already a few cm dilated when I had mine.

Hey, your situation literally sounds exactly the same as mine!! The reason she gave me was the same, “your body knows what it’s doing!” I had a sweep with my first so maybe my body just naturally needs a push in the right direction!

I’ve managed to convince her to do one at my next appointment on Monday, she is very reluctant and is very apparent that she personally doesn’t like sweeps as everything she was telling me about them was negative, no positives. Good job I’d had one before and had also read up loads else I would of been scared stiff!!

I haven’t been examined once which I thought maybe at my last appointment I would of been, but I don’t know.

There’s such an age gap between my first and this one so a lot has changed and a lot I can barely remember.

I really hope things work the same as they did for you though, nice quick labour and recovery sounds perfect ha ha! X

I think it’s so strange that they don’t offer you the same as your first. I really wanted a 2nd sweep as I was terrified of being induced.With my 2nd I ended up going into hospital to be induced but luckily as I was 4cm dilated they just broke my waters, 4 hours later she was born!

Really try not to let the scan / size worry you. A friend of mine was in the exact position, she was told her baby was big, she gave birth to a 10 pounder, completely natural labour and she had a good recovery. I think it’s the head size you’ve got to worry about! Lol

That’s good news that you’ve got a sweep sorted. I really hope it works for you. X

to start. The question is when did your midwife offered a sweep? Tia
•
35 Replies

of cake compared to a sweep. Am just praying it should work can't wait to have my baby.fingers...
•
19 Replies

Overdue and midwife predicting still a week to go..can she?

days. Have had a sweep today. Midwife said unlikely to be effective as only 1cm dilated. She said...

forbid) baby hasnt made an apperance. I just hope soon at least by end of week ill have my baby! Im...

What was involved at your 16 week midwife appointment?

even see her for my first appointment till after ten weeks, and she was the one who said she...