Allopurinol: anyone know whether there is any po... - MPN Voice

I have PV and am on aspirin and hydroxy. Was prescribed allopurinol a couple of years ago as a permanent drug to prevent future gout - my haem does this for all his patients. But I don't like taking any more meds than necessary, and I get a lot of aches and stiff joints, which I see can be a side effect of allopurinol. My bloods are currently in balance, so I wonder if there is any point in taking the allopurinol....anyone got any info? 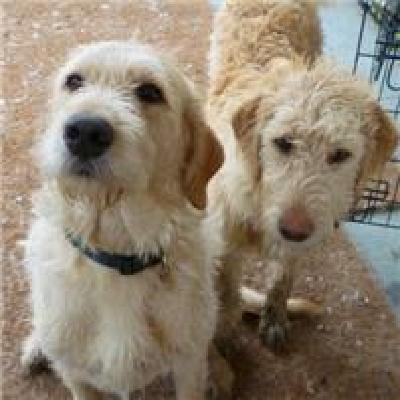 jane13
To view profiles and participate in discussions please or .
Read more about...
10 Replies
•

Yes there is definitely a point in taking it. PRV means you have increased cell turnover and hence increased production of uric acid as a by-product of that. It is possible to stop and get away with it for a time but highly unlikely you won't get gout. Allopurinol is one of the best tolerated drugs in the pharmacopea. You don't mention your age but I am guessing that is far more likely to be the cause of the aches and pains. Hope this helps

jane13 in reply to skodaguy

thanks v much indeed, maybe I won't stop the allopurinol after all!

if my bloods are under control through hydroxy am I still having increased cell turnover?

I was prescribed allopurinol when I started hydroxy, but only for a short time. There may be variations in practice as well as variations in our physiologies/state of health, so it is difficult to answer your question.

Allopurinol is specifically for treating Gout which some people experience when taking Hydroxyurea however many who take the drug don't have a problem. It seems your haematologist has prescribed Allopurinol as a precautionary measure. I know some haems do this but for the reasons you described I would only want to take the drug If I had an issue with gout.

I can only talk from personal experience but gout f*****g hurts and can cause serious issues of physical limitation as well as the effects of raised uric acid which is a cardiovascular risk factor. At the end of the day a doctor can only advise and not force medication. As a patient as well as a GP I would advise you to take it but ultimately it is up to you.Our legal system only requires a docor to inform you of facts you are then free to make your own decision even if it is a bad one. ultimately only the future can tell you the outcome.

I too take Allopurinol. My haematologist explained the reason for taking it when I first started as "the hydroxyurea kills of the cells and if there are lots of the dead cells the body cannot expel them all and then they can accumulate on the joints causing problems" I reckon it's worth taking the Allopurinol Good luck

I agree with Skodaguy, gout is so jolly unpleasant and unbelievably painful if you have never suffered it you possibly think it is a minor thing to risk. I take Allopurinol and am so grateful for such a drug. My view is that GP's don't prescribe drugs generally more than they need and anything that can make your joints swell and pain as badly as gout can't be a good thing for the system to be coping with. I was diagnosed after a random bout of gout and then followed with two more attacks, it meant taking strong anti inflams to get me walking again so when I was able to take the Allo I said 'thank you'. I don't suffer from extra aching joints by the way. Best wishes

I am still unclear as to the logic of taking allopurinol if the hydroxyl stops my bone marrow overproducing (without the need for venesection) - surely by definition I am therefore not producing excess blood products?

think I will have to try for another discussion with my very unforthcoming haem...sign

I think that the blood has a lot of junk in it if you have Polycythaemia and no doubt the other MPNs, even if the Hydroxy is controlling the levels. I was told to take Allopurinol when I started taking Hydroxy in 1983. Some years later one of the doctors suggested I stop the Allopurinol ' which I did. A few years later I had gout in a finger and was put on Allopurinol again by my GP. Last year I had another flare up in my left foot after resting again from Allopurinol for about 6 months. Gout is very painful and both times it came on very suddenly. I was fine one minute and then next whenever I took a step it was extremely painful. My GP also told me that it has caused a bit of arthritis in the left foot, due to the crystals in the blood.

I should take the Allopurinol if I were you, and hope you never get gout.

jane13 in reply to MichaelS

thanks very much! jane

Does anyone know whether having ginger is ok when taking asprin?

encountered this? Or asked their haematologist about taking ginger with asprin.

with Hydroxy? I am anxious about taking too much medication so if the Allopurinol is not necessary...

Does anyone know whether you can take vitamin B12 whilst taking hydroxycarbamide?

cancers, I've been taking hydroxycarbamide for nearly a year, is it safe to take vitamin B12?

Does PV or taking HU cause gout

is taking HU for PV been prescribed allopurinol? Does it prevent gout in PV patients? Have any...

on Hydroxy. Did any or all of you have to take Allopurinol for 7 days when first going on Hydroxy as

Living with uncertainty and sense of hopelessness