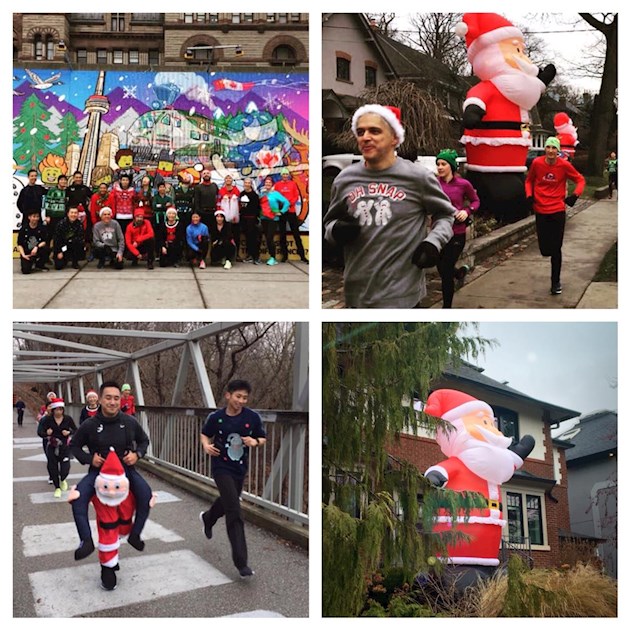 Today the Ninja run group ran down to a locally famous “Santa “Street where all the neighbours have identical giant inflatable Santas. There must be at least 20 of them. The next street had giant moose (or maybe well fed reindeer?) everywhere)”. From there we kept going down to City Hall where they have a Christmas market in the evenings and a large Lego mural that was recently completed. It was around 16k to get down there, mostly downhill. I added some bits on to get a bit closer to 20k today, which is what the plan was asking for. It was great fun and the temps were close to zero, just right for this kind of run. 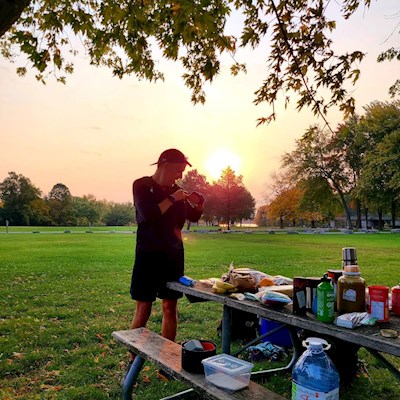 Decker
Moderator
To view profiles and participate in discussions please or .
8 Replies
•

DeckerModerator in reply to aliboo70

Thanks Ali. Yes, it was a good time and mostly downhill which made the distance a bit easier to manage! ☺️

They really do rock. That guy in the Santa shoulders suit is hilarious. He ran the whole way like that with cars honkin him all the way down!

Thanks Floss, yeah it was fun and not too bad being mostly downhill from where we began.

OldflossAdministrator in reply to Decker

road where there would be a downhill section to enjoy 😊 Turning the corner to the main road where...

We had a bit of wii dance too today

I am liking the solo running with empty streets, it's nice

there are lights on the street next to the path. This means that it's a bit dimmer than usual, and...

the mid leg, couldn't figure out where. Stopped to stretch, felt a bit better, carried on and at...