Can you get UVA1 light therapy in the UK? - LUPUS UK

I'm reading 'Lupus Underground' by Anthony DeBartolo, 'a patient's case for a long ignored drug free non-patentable counter-intuitive therapy that actually works'. It's a light treatment that has been shown in many studies to be successful in relieving Lupus symptoms such as rashes, joint pain, depression and sun sensitivity and involves an ordinary sunbed fitted with very specific UVA1 lights. If they are not the right type of UVA1 light bulbs it can make you worse.

As it's not patentable and therefore big pharma can't make money out of it, I guess it will not get funding for clinical trials and will therefore be forever sidelined.

But hell, we should be demanding clinical trials if it helps us without causing side effects or draining the coffers.

Even St Thomas's Lupus website mentions it saying studies look promising and a book has been written about it by Hugh McGrath so they seem to be positive about it.

So why aren't they offering it or at least testing it?

Where in the UK can I try it?

Has anyone tried it?

Is there any clinical testing going on?

Has anyone tried getting hold of a machine or making one? 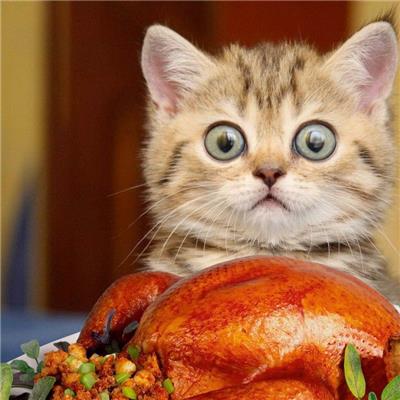 Roromatic
To view profiles and participate in discussions please or .
Read more about...
15 Replies
•

There were at least one study in the 80s. I mentioned it to my rheumy and he looked at me as if I was insane. But when I was less photosensitive, if I was really hurting I could sit outside for a short time and in the evening it was if I had never had any pain. I'm not sure I'd recommend this to anyone, because we most know what can happen with too much sun.... But I was thinking of getting one of those bulbs, and see what happened.

Yes me too. It looks to be a tricky ish job involving careful research to get the exact kind of light which your typical lupus sufferer may simply not have the energy, will, stamina and clear brain for! it would be good to try to generate a fund for, say, a machine in several towns in the UK? But we'd need an expert on board to set the machines up etc..

Ninewells hospital in Dundee has a photobiology unit and it has these "stand and tan "machines. I was referred to them and tried the UVA 1 treatment. I am very photo sensitive and this was very bad for me. I couldn't even stand a minute in the machine. My fever went through the roof and later my nails began peeling and so did the skin between my fingers. I was in agony with it. My nails have never recovered, and now when I flare my skin peels again. It never happened until I had the treatment.

It is supposed to be top therapy and is rumoured to stop a lot of lupus symptoms but unfortunately it just made mine worse. I would be interested to heat if anyone had success.

Back in 2002 I was referred to firewalls photobioligy unit for testing there for a week I had uva uvb and patch testing for allergies and intolerance,es it is part off Tayside dermatology department that was where I was diagnosed with lupus that week g

The book says even if treatment is offered under the banner of 'UVA1', it may not be the exact specific wavelengths and so some extra UVB might be in there too. I wonder whether this trial you were a part of had exactly the right bulbs? You poor thing. I also developed full blown lupus after a dermatologist told me to try to work up a bigger patch of sun rash because she didn't have enough to give a decent biopsy . . .

will not be "trying " anything else that "might" help haha

Lucy74 in reply to Roromatic

Oh dear god! Poor you, that's terrible the dermatologist asked you to do that! I'm actually still raging that they cut a bit out of my back to do the biopsy - looking back IT was really flipping obvious I had an extremely photosensitive skin reaction, I don't see why they felt the need to do a biopsy.

I know! Why didn't one of the umpteen medics I've seen over two decades tell me just to stay out of the sun because it might bring in full blown lupus?! Because every single one just ummed and ah-d complacently and couldn't be bothered.

Thanks Moira, I left a reply for you further down : )

I went to Ninewells too, for the photosensitivity testing. At that point I didn't know I had lupus and it was through that testing that I was eventually diagnosed. I'd started the query because I was wondering if I could get desensitisation treatment. I wasn't expecting lupus! Anyway, long story short, they said the desensitisation would not be a good idea for me, and could even be dangerous.

Interesting. Did they use UVA1 light?

Lucy74 in reply to Roromatic

I know they tested with UVA and UVB but I don't know if it was a specific type of UVA. They also tested for some sort of fluorescent light. Seems I'm sensitive to both but more sensitive to UVA than UVB which is unfortunate given that's the one that gets through glass. I found it very difficult to get much detail from the doctor there. He actually said to me 'well it's quite complicated, I don't know how I could explain it to you.' I replied 'well I'm quite clever so why don't you try.' Patronising git.

Oh they hate explaining. From what I've researched, low levels of UVA 1 light have a beneficial effect on lupus symptoms. So that's not UVA. It's a very specific band called UVA 1. There's no money in it for the medics or pharma companies hence no clinical trials being rushed so we can all feel better really quickly, easily and cheaply!

Roromatic did you manage to tey UVA1 treatment. If yes what were the results?

Light boxes - can photosensitive lupus people use them?

to use if you have light sensitivity? I read the Lupus uk eclipse guide to lighting, but I don't...

How did you hear of Lupus UK and this forum?

posters I requested from Lupus UK in both venues myself! I only stumbled across Lupus UK early...

nutshell, what are the best light bulbs for very light sensitive LUPUS? and where can I buy them?...

A guide to light sensitivity for people with lupus

existing symptoms. As a result, LUPUS UK has created a guide for light sensitivity. Click the link...

No hope of getting this referral not sure what I can do!

be referred to Liverpool to be seen in there lupus clinic he refused and sent it back to the go, so...

Where does the law stand?

ON BEDROOMS AND HABITS - HELP!