I was diagnosed with stage 4 lung cancer, metastasised on Xmas day last year and had no symptoms until I got breathless on Dec 16th. I'm 63. I've never smoked or drunk alcohol. I need oxygen regularly through the day. I have felt so isolated and angry since. I have not met anyone in my position at the various cancer groups I've attended and so I have very alone with this. It has spread to my liver. I tested positive for EGFR initially and was put on Gefitinib. This failed completely and on further testing, I was found to be negative. The conclusion is that I have it in "pockets" only. I completed 6 cycles of chemo comb. recently and my latest scan showed a significant reduction of all tumours, which was the first positive news I have had. I am now about to start maintenance chemo, which is one of the two I was having in combination. I just need to hear from anyone else who understands what I've been going through. My husband is very supportive, but gets very stressed by a situation he feels out of control with. I would welcome any feedback. 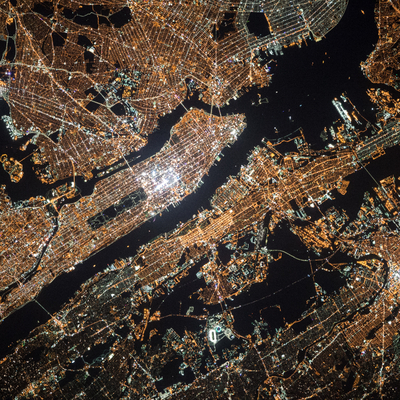 Terrierbob
To view profiles and participate in discussions please or .
Read more about...
7 Replies
•

You are not alone. My husband was diagnosed in September last year with NSCLC which had already metastasised to the pleura. He like yourself had no symptoms other than breathlessness. He was put on Keytruda for six months which didn't work as it had spread to his liver and the tumours had increased in size. He was then put on Carboplatin and Alimta for six cycles and now has completed 3 cycles of the Alimta only as maintenance. He like you feels there aren't any people who go to the support meetings that he can identify with. He is 60 and has had to stop working due to the safety issues with his job. He also feels fairly isolated especially when I'm at work. Basically we try our best to push his cancer and prognosis to the back of our minds, if only for 20% of the time. At the moment we've been told its gone off the liver, the tumours have shrunk and that he is stable. I hope the maintenance therapy that you're on will give you the same or better outcome.

My husband was diagnosed November 2018. He had 3 rounds of a chemo combination(supposed to have but ended up in hospital so didn’t have the last one) and 20 blasts of radiotherapy. The radiotherapy shrunk the tumour considerably but by his next scan it had already spread to his liver and adrenal gland. He then went for a routine eye test at specsavers where they found another tumour behind his eye. He was put on keytruda along with chemo but after 4 rounds we found out yesterday that it’s not working and the tumours have grown. We were so hopeful that the immunotherapy would at least keep it stable so we’re both absolutely gutted. They now want to do a brain scan and if it hasn’t spread there they will do radiotherapy on his eye and try him on a different chemo. Chances of this working are slim as they say he’s has already had the best which hasn’t worked.

He’s not the best at talking about things but he’s always had such a positive attitude to it all. Even yesterday he said that until they tell him there’s nothing more they can do there still hope. I hope you have a good outcome with your treatment x

I am 70 and was diagnosed with NSCLC in July 2018 after I started coughing up blood.

The tumour was located in my left lung plus one other in one of my lymph nodes in my chest - due to the location of the tumours and the fact that I have a leaking heart valve, it was decided not to operate. So I had what they call aggressive therapy which was 2 lots of chemo (cisplatin & vinorelbine) plus six and a half weeks of radiotherapy. This period was a mini nightmare - the main issue was I found it so difficult to eat due to the pain in my oesophagus.

Due to the internal tissue damage, it is difficult to know how successful the treatment has been. PET scans show my tumours are no longer “active”.

Apart from being very breathless when I walk uphill / stairs I am feeling quite well. I did suffer from pleurisy earlier in the year and the doctor had to drain the fluid from my pleura. My breathlessness followed that.

I did look into alternative ways of combating these nasty cells - I took various vitamins and other pills during my treatment and have kept up with some of the stuff; has this helped? I won’t really know. I did change my diet but found I lost over 8kgs which I was told was not good for me. So I eat normally now but with my little additions such as dandelion root tea!

I have a very positive attitude and this is important. I imagine the combination of everything I am doing, will make the tumours go away. I imagine them being eaten up!!

I try not to think about what might happen in the future. I have given myself ten year target! Carpe Diem is my motto. So, I still play golf, albeit driving a buggy and try and enjoy family life to the full. The family hardly ever refers to “it” any more.

You too have has positive news and you should capitalise on that; tell yourself you are getting better. Imagine something eating away at those cancer cells. Please do not be angry as this really does not help. There are many others with similar issues - you are not alone - you have not been singled out - I have to say being angry will make things worse for you

You have to remain positive.

Having said that, you do appear to be suffering a great deal especially having to take oxygen - have you been told why you are so breathless? Why you cannot breathe properly? I have to gasp for air when go on my walks - I try to do so for at least 30 minutes mainly on flat ground but with some inclines. I look at the beautiful countryside which helps me retain a positive attitude. Your husband must change his attitude and be more positive otherwise it will be more difficult for you.

It does appear that I have been more fortunate than you but there are a few things you can do to help so I hope the few tips I have given you will help you overcome adversity.

I’m so sorry you’re struggling but please know you’re not alone. From what I understand the chemo causes anemia and that will make you feel far more tired and will make it harder to get oxygen into your cells. But, now that you’re done the hard part of the chemo you should be recovering from the anemia and should be on your way to feeling a little bit better each day, I hope. That’s the way I’m looking at it as I’m onto maintenance in the next few weeks and hoping to feel a lot better too.

Hello, I’m in the States but found this site when looking for resources for a UK resident I ‘met.’ at another website. They have 45 lung cancer specific lung cancer support groups around the UK. Also there’s a phone number you can call for information.

So sorry for the need that drove you here. Unfortunately, more than 20-30% of those diagnosed are never smokers. Another 20% quit decades ago. You are not alone and I hope the information helps.

I am so sorry to hear about your experience to date, medically and emotionally. Unfortunately, as I found out, this journey we are on is fraught with twists and turns and rarely it seems does it go the way it's planned. The good news is that once one option closes its door there seems always to be another that opens which is more suitable.

In terms of the snger, u need to let it go - it's poisonous and will stop you being positive and hopeful which is half the battle and which will help you enjoy the little things. Someone sent me a Latin quote today:

While I breathe I hope

While I hope I love

While I love I live

I smiked for much of my life so have felt guilt rather than anger. I have a 14 and 6 yr old who don't deserve this. But I've let it go mostly- I can't turn the click back and make wiser decisions, I can 9nly do my best for them now and goung forward. I found my guilt was weighing everyone down and I wasn't getting as much from life as I should. As cancer patients we often have to give up a lit - I live walking in the countryside in the early morning when the birds wake but can only do a very short distance now, I used to hop in the car when newly diagnosed and go to the beach for a good cry but I've had to surrender my driving licence so can't do that anymore. I used to take my daughter swimming and to the park - I found a way around that - she brings a friend so they can play together and not notice my inability to splash/run around.

You must find ur thing - going for a coffee with friends - make a plan each week so you have something to look forward to. Speak to ur team about the need for oxygen - it may be temporary and the maintenance chemo may help.

Sorry for the long message but you'll c a theme coming through from all of us - the need for positivity. Roy Castle admin will reply too with good advice. Have u tried counselling? If it's available to you it's something to consider.

Take care and stay well - you have already come so far since December last year. X

I think I spoke to you yesterday.I have sent you a private message.

All the team at the Roy Castle Helpline

PLEASE GIVE ME SOME POSITIVES

the support but I am so very very scared, I've done my cancer (had breast cancer 17 years ago, that...

New to this, but would really like some help x

obviously very scared. I have been told there is no cure and no chance of an operation. I have...
•
8 Replies

Would you like to join our Women Against Lung Cancer Campaign?

with lung cancer and he is having chemo - first one nearly 2 weeks ago and he will be having three...

as Asia, Europe and America to treat it. We have been tested negative for all the mutations so...

First oncology appointment - what do I ask?