Hi all. By accident (calcium heart check) found a 2cm nodule in MRL 2 months ago. (non smoker) 1 week ago had a lobectomy to remove it. (and yes love coughing right now...) Although still waiting on official staging it should be 1a. Tumour was adenocarcinoma (80% lepedic 20% acinar) no detection of it spreading anywhere else. (lymph/pleural etc) Having read a lot about the chance of it coming back dislike the current standard of doing nothing else but scans. (3 monthly) Has anyone pushed for chemo or any other options for stage 1a. Really interested in any opinions. 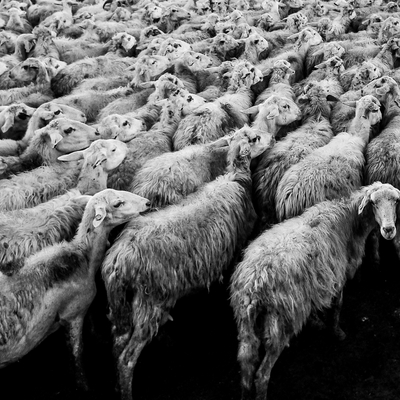 Leonardo_C
To view profiles and participate in discussions please or .
Read more about...
11 Replies
•

I do know that they are using TKI inhibitors in early stage EGFR patients.

At this time you might want to learn to practice meditation or yoga to help keep your mind off of the “what if’s “ until you have all the information.

Please let us know what you learn and we should be able to help you better.

Leonardo, I’ve had the full gamut of most everything, lobectomy, max radiation and 2 years chemo for stage IIIA/IIIB lung cancer. Best advice, if it is staged IA , then try to relax a bit , have your 6 month scans , and if cancer does come back you will be able to treat it early. All Best Wishes, judg69

Definitely worth asking if you have been tested for mutations like EGFR, ROS1, ALK etc as this could determine the treatment that you would want to ask for and the research to look at. You could also ask for a second opinion from someone who might be more specialist than the person you are seeing. Nothing to lose by getting another opinion.

Keep asking questions. Wishing you all the best

whilst it may seem counterintuitive to accept 'get on with your life and rely on surveillance' which was also my follow up pathway, many treatments have the ability to distort cells so personally I wouldn't be 'playing' with my health. I had a 7cm adenocarcinoma (invasive mucinous adenocarcinoma) removed with half my left lung in Dec 2010 via open surgery and was back at work and swimming by the end of March. I was tested for EGFR and not positive and that was the only target with treatment available at the time and told the specific rare type I'd had didn't respond to chemotherapy. Having been involved in cancer research since 2014 and met people with no end of long term and late effects from systemic anti-cancer therapies including chemotherapy and radiotherapy since, I'm quite relieved I didn't have that... but since then the pathway has changed and a tumour the size mine was would automatically have a conversation about an offer of adjuvant chemotherapy. immunotherapy has been offered to many LC patients in the UK during the pandemic who wouldn't clinically have been eligible previous with mixed results. My follow up has been chest x-rays not scans although I've had a couple of those over the years when nasty chest infections have hospitalised me. Due to my fitness I went into annual follow up quite quickly - scans themselves also carry risk from radiation of cell distortion.... I read the book 'anticancer a new way of life' by Dr Servan Schreiber who changed his life after a brain tumour and researched no end of cancers - I also found 'cancer is a word not a sentence' by Dr Rob Buckman helped me put things in perspective when I developed other symptoms from thinking everything was related... when you read or google, the information is a) outdated, b) inaccurate and c) lumps allcomers together whereas if you read specific information about survival rates of resected patients and the stage of tumours if you can access these (often hidden away in scientific journals) but suggest UKLCC Millimetres Matter report and Neal Navani's work on the UK national lung cancer audit may reassure you.... things change all the time in lung cancer research and treatment and very few websites keep up and most are not search engine optimised so don't believe everything you read - if any sources are from even 5 years ago, they're far less relevant. good luck.

Thanks you all for your responses. I do know they will be performing molecular tests which will hopefully open up other options if needed in the future. Janette, I really appreciate your response. I will track down those books and journals. Having come from a business background of "fixing" issues it has been and will be a struggle for me adapt to living with the randomness of cancer and the the lack of control you have dealing with it. (hope that made sense) At the moment the goal of healing from surgery and then getting back to being fit gives me something to keep my mind active on. I wish all of you the best of luck in dealing with your situation. Once again thanks.

Totally get it - listening to Nick Robinson when he'd had surgery to remove his lung carcinoid and not 'being in control' of the outcome really resonated with me.... it's a humbling experience that we cannot control so many aspects of our life but the surgeon who told me that my recovery was up to me and encouraged my return to swimming and to lead an active life to reinflate and redevelop the remaining lungs felt very empowering to me.... I went onto swim much further than I ever had with 2 lungs - previously used to swim 130 lengths several times a week - maximum distance 160 lengths in a single session but over time and gradually building it up, managed 980 miles one year and 989 another with 360 lengths (25m ) in a single session.... it's quite a lesson to appreciate that not everything in our lives can be controlled so hope you can find a way to cope with your changed life but appreciate what you have..my involvement in lung cancer research brought to light how few people even have the opportunity of surgery due to late detection so am thankful for every day. good luck

I had same surgery 5 years ago, same cancer. My Primary Dr. ordered a CT Scan of my throat, (I was coughing a lot) revealed a spiculated mass in my right upper lobe). Within a week I had upper lobe and 3 lymph nodes removed. The size of mass was 1b, and confirmed adenocarcinoma. Lymph nodes tested negative. I got CT Scans every 3 months for a year, then every six months for the last 4 years. No chemo needed. You do NOT need chemo as long as your scans are clear. I was given a 20% chance that it could come back, but if I make 5 years with no recurrences=Cancer Free

I would like to add that my best friend, early 50s non smoker, fit & healthy, had chemo which wiped her immune system, she contracted sepsis & died. An enquiry into this questioned the need to give her chemo when the cancer hadn’t spread & was stage 1. Outcome was it should have been monitored with 3 monthly scans, an apology from oncology. Her family are still coming to terms with losing her.At the very least get a second opinion. All the best.

I am 12 1/2 years out from stage 1a lower right lobe NSC adenocarcinoma . I only was monitored with scans after my lobectomy. I went every three months for the first two year. Years 3-5 i was scanned every six months. Since then I am scanned yearly. I am very lucky that I have been NED ever since surgery. Do make sure your tumor is/was tested for mutations. My surgery was before testing became standard of practice. I wish you well and hope you will be as fortunate as I have been thus far.

Thank you for your responses. Its nice to hear from people who have been NED since surgery. Often after reading information online you get the feeling that it is just a matter of time before you will get a recurrence. Wishing you all the best in staying NED.

I remember reading information at the time of my investigations Dec 2010 and thinking everything was doom and gloom and this looked like a one way ticket - there was no mention of returning to work. -everything was about claiming benefits/pensions, sorting out affairs etc - very scary - I remember attending Xmas events that year whilst waiting for my surgery on 16th Dec thinking it might be the last time I'd be at any of these events or seeing those people.... since then there has been an explosion in treatments, research, knowledge and treatment pathway - but unfortunately the internet really hasn't kept up - many of these breakthroughs are hidden away in scientific journals that require a subscription, academics are notoriously bad at ensuring SEO/keywords for the internet to pick up so much of the data we see on the first few pages is outdated and irrelevant.... also studies tend to lump all lung cancer together - so stage 1a would be included with all the stage 4s and averaged. I remember a friend who'd had stomach cancer the previous year (he was 52 as I was) told me to not look at statistics - his wife (a nurse) had explained how inaccurate they are especially with lungs so as a never smoker younger person than the average patient at the time, I wouldn't fit the 'average profile'. Over the years I've been involved in cancer research, the description of patients at conferences by medics as in their 70s, 30 pack year history of smoking hasn't changed but the type of people I've met in person or virtually is certainly very different. As many studies go on for several years then take a few more to analyse, you can see how easy it is for the information to be overtaken by the science. You only have to look at the situation regarding what we knew about covid a year ago and now to appreciate how fast moving things can be - and the knowledge about lung cancer is being pooled internationally and new information revealed at each lung cancer conference of which there are several a year and many go onto impact current treatment regimes. I saw really good data from Prof. Neal Navani a respiratory consultant on the National lung cancer audit team some years ago as part of a 'millimetres matter' report for the UK lung cancer coalition that broke down survival statistics of the different stages highlighting the need to detect earlier for the high differential between progression free status and survival outcomes. hope you're feeling a bit more reassured than when you first posted... good luck.

me in learning about what to expect for post-lobectomy recovery time. I'm trying to help my 78 year...

About stages of lung cancer

mediastinal lymph nodes. This is recently diagnosed report of my sister . Can you tell which stage...

situation. I have anxiety/depression but I also have stage 4 non small cell lung cancer. I just had...

Why all going wrong.

What are your favorite Lung Cancer related charities to dona...