Just wish this night mare was over - Lung Cancer Support

Hi a year ago last september i had a nasty chest infection took anitbiotics but a week later i started coughing up blood so dr sent me chest exray which came bk with 2cm shadow on top of right lung. Things moved quickly in the past year i have had 4 ct scans pet scan bronscopsy with wash sputum test. I had a 6wk course of strong anibiotics in febuary because they said it could be from a nasty chest infection i had in the september. I saw consultant for the first time in april this year and she told me that the shadow had not changed since the very first scan i had in october last year to the a ct scan i had in late march and that from the tests ive had there was no sign of decease or change atvthatvpresent time so they couldnt be 100 per cent it is not lung cancer because the shadow was still there. So they gave me two options. Which was have a lung biospy or do a 6mnth wait and see period and have another ct scan in 6mnths which they said they would prefer the biopsy to be a 100 per cent but because i suffer with severe anxiety i opted for the wait and see. I have the ct scan on 26th nov and i cant stop worring my anxiety is thro the roof because im so scared as i keep worring what if it has grown and spread now because i opted for the 6mnths wait and see instead of just having the biospy . Every one keeps teling me i havent even been told i have lung cancer yet and that the consultant wouldnt of even gave me the option of the 6mnth wait and see. Sorry for such a long post but im so anxiouse and scared right now. 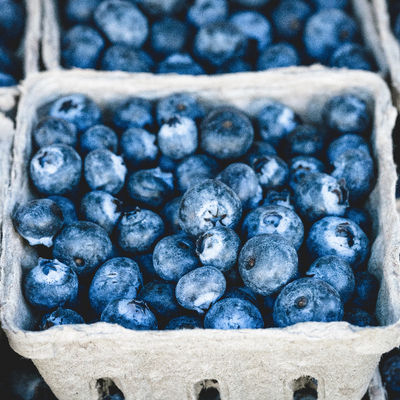 Pattyb56
To view profiles and participate in discussions please or .
Read more about...
7 Replies
•

If you do have the lung cancer, it would be the very slow growing Adenocarcinoma. Not much changes in 6 months so try not to worry. I have had 3 lung biopsies and they are not bad at all if you need one. Only biopsies can really prove something is cancer. Best wishes on a clean scan next time.

Pattyb56 in reply to Seaspray298

Hi thk you seaspray 298 for replying and im going to try and stop worring and hopefully the ct scan will show it hasnt changed or grown. As the consultant told me in april this year and reasured me as all the tests i have had and from the pet scan the area has not changed in size compared to the ct scan i had in the october of 2020 and there is no evidence of any decease or enlarged lymp nodes so im try to take that on board as a bit of a good sign i hope.

When they first saw my lung nodule (mine was in my upper left lung) they told me that in 90% of cases lung nodules are just lung nodules. If there is nothing to indicate cancer in the other tests they've done in most cases they do what they are suggesting: keep an eye on it with CT scans about every three to six months. I have a friend who is on that very track right now and they have been following his for about two years with no changes. Also, your nodule is very small. Mine was 1.1 mm not cm. I would think yours would have to grow a lot more before it became worrisome.

We all have scanxiety but you want to know what's going on so it can be treated properly and the only way they can do that is with a CT. I think you're on track for continued good news.

Pattyb56 in reply to TomAnderson

Thk you tom for your reply and kind advice. I do suffer with bsd anxiety as it is especialy health anxiety so that doesnt help i just wish i could stop the worring and all the wat ifs at the moment as thats all im doing at the moment and justctry and and think of the positives i had so far and try and stop beating myself up for not having the biopsy done instead of opting for the wait and see option as that is wat im doing at the moment as i keep thinking now wat if it has grown or spresd in the psst 8 mnths and it too late for them to doing anything because i chosen the wait and see option. So sorry for the rant as i dont have no one really to talk abouthow im feeling.

I don't think they would have offered the wait-and-see option if there had been an issue of it ending badly. They wouldn't have put that on the table if it wasn't safe. Scans are the only way to measure progress.

Checking in to see if you made a choice yet.

Your apprehension and a anxiousness are natural and understandable. But I am wondering, would a biopsy and a few days of worry be easier of living in fear for six months and possibly facing a biopsy then as well?

We are here for you either way.

Understand your anxiety and our imaginations sadly always veer to thinking the worst rather than being rational so finding a coping mechanism is really important. The UK started lung health checks to screen those at risk from lung cancer a few years ago and the amount of nodules that have been found in people is much higher than imagined so there is an official lung nodule management protocol.... and waiting/surveillance is the most usual way forward and many are discharged from any pathway as nothing changes over time..... in the same way millions of people have freckles and moles on their skin but the small number who develop into anything more sinister is very small, so it is with lung nodules.... and some shadows. I had some strange symptoms for me one October and went to A&E where a chest x-ray showed a lesion on my left lung and I was admitted the next day and misdiagnosed as uncontrolled asthma and kept in for 6 days as didn't respond to meds and had difficulty breathing and coughing. A CT scan was booked for a couple of weeks later but then the scanner broke down and parts were ordered.... eventually I had a CT scan and was shown the results as 'could be lung cancer' then a couple of days later when my scan was discussed at the multi disciplinary team I was sent for an immediate PET scan first thing the next day - at the next MDT I had a call from the consultant's secretary bringing forward my appointment (that was in a week's time) to first thing the next day. The consultant showed me. I was told they wouldn't waste time on a biopsy as it was evident from the 3 completely different images and the resected tissue would be sent off to the lab to determine if anything else might be needed. That was in the December and in the January I was told it was a 7cm adenocarcinoma (a type of non small cell lung cancer). I was back at work and swimming by the end of March. That was in 2010/2011 and things have changed such a lot since with many more treatments. I was told it was likely to have taken a long time to develop to that point and I'd had a number of chest infections in the preceding years and have gone onto have several nasty chest infections since. The point I'm making is that if it is suspicious and grows in accordance with the protocol, it will be escalated quickly - so hope that reassures you. Managing anxiety often requires outside help - such as CBT or other talking therapies as if it does turn out to be anything, waiting for results of various tests is a major part of the pathway - my follow up treatment quickly went into annual scans even with a malignant large tumour having been removed so finding a way to deal with the 'what is' rather than imagining the 'what if' has had to be my way of living... good luck.

Can a CT scan without contrast detect lung cancer?

sure asthma affect both lungs. I recently had 2 xrays (both clear) and 1 CT scan without contrast....
•
13 Replies

nothing was said to me. That was 2 years ago. My last CT scan of my lungs looked good, blood work...

Pet Scan results are back

In 2016 September 12th I had a left lung lobectomy bottom half removed , because of two cancers on...

Waiting for Pet Scan results, so difficult in coping

activity In 2016 September 12th I had a left lung lobectomy bottom half removed , because of two...

Why all going wrong.

What are your favorite Lung Cancer related charities to dona...