PTSD after induced coma?: Hey I was wondering if... - ICUsteps

Hey I was wondering if someone could help. A family member was in an induced coma late last year for a couple of weeks and experiences terrifying hallucinations. 7 months on and they are still asking family what they were like when they woke up and they said they still constantly think about the dreams they had and can't get their head around what was real and what wasn't. He also suspects it's PTSD.

I've recommended going to see a counsellor but I know the NHS waiting list can be long. They are waiting to see their consultant again from the ICU. Could they see someone privately or are they better waiting to see his consultant?

I try and answer all their questions but I feel like there's only so much I can do to reassure and I hate to see the mental impact this has had. I worry they feel like no one can relate or understand.

Can anyone else who has experienced these dreams of those who have supported these people give me some advice please? Many thanks. 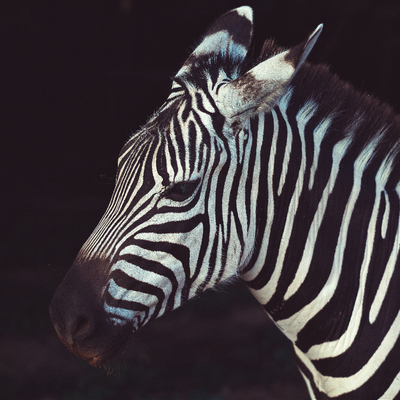 Summer568
To view profiles and participate in discussions please or .
Read more about...
12 Replies
•

This is a really useful article.

My family members have had to access private help because access to NHS options never materialised after waiting a year.

Hi, I was in an induced coma in 2016. I also experienced very vivid horrible dreams/hallucinations. I had difficulty determining what was real and what wasn't. Apparently it's quite common but it doesn't really make you feel better. It's down to a combination of the illness and the meds they put you on. The ICU I was in kept a diary for me telling me about my visitors, my care etc. It's taken a while to get my head around. Talking about it helps now, didn't at first because it scared me. I still have flashbacks and am easily confused. Just starting counseling now, NHS waiting lists are disappointing. Keep caring.

I hope this short radio programme might help you and your family member. It includes a former ICU patient who was in an induced coma and he discusses his experience and dreams. It also includes a clinical psychologist explaining how the brain is acting in these situations. I really hope it helps.

I was in a coma for 3 weeks over the end of 2015 into 2016. I had anxiety, depression and PTSD in my recovery. Seeing the ICU consultant or contacting them to tell them what’s going on is a good idea, some icu’s have a psychologist attached to them who can help ‘right away’. The consultant will have a better idea of what wait times etc are and can advice them what might be prudent.

But the most important thing I think your family member needs to know is while this is scary it’s not unusual in people who have been in ICU. He is not weird, I don’t know where you are in the world but there might be a post icu support group that might be helpful. Icu Steps for example?

I too suffer with PTSD after being put in a induced coma, it's been 10 years for me although I never knew it was PTSD untill last year . I've had counciing but I didn't find it very helpful but talking about what I went through while in hospital has helped . Just remember you are not alone as I once thought x

I was in an induced coma for 3 weeks + [ the Doctors even discussed switching me off ! ] - I'd contracted sepsis and wasn't showing any improvement , then on Christmas Eve of all days my eyes flickered open and then there was hope - took me around 4 years to come to terms with what happened - my heart stopped for several minutes leading the Doctors to think that should I survive which they didn't think probable I would mostr certainly be suffering from brain damage .

What did affect me badly were the Fever Dreams [ or whatever we wish to call them ] - I dreamt that I had been sectioned , taken to some unknown place where ferries ran [ I worked on ferries ] and kept prisoner by this gang who were keeping me drugged - I was also sexually assaulted [ this would have been me fighting with the Nurses in my sleep and also a suppository going up my bum ] - so my dreams were sort of linked to the real world except for certain parts - I saw people in beds beside with flowers dancing above them then one face turned into a scarecrow's face , stuff like that , I escaped by boat but then ' woke up ' captured again - I could carry on but I wouldn't want to bore you .

I saw films that reminded me of my dreams but I didn't need much reminding .

I did ask my Doctor for help but it would have meant making an appointment with our Mental Health Hospital and I didn't want it on my record - 6 months later I relented and asked again to see somebody - turned out to be a young girl , I was 57 by then and felt awkward talking to her so I cancelled after just 2 appointments and told her I was ok .

i just learned to live with it - that was 6 years ago now .

I remember waking up so confused!! The dreams are as real today as they were then. I found it and continue to find it amazing how they in bedded themselves into my past... Everyone is different, and everyone manages in there own way.

For myself, what helped was reviewing my medical records from my time in the ICU. I did not dwell on them, knowing that dwelling would prevent moving forward. Once my cognitive abilities returned to almost normal (coma brain I called it), I was able to see how sick I was. I was shocked to see the word resuscitate in my file 5 times over a 4 day period. From that point I did not try and find meanings in the dreams, some of them were actually fun experiences.. I went skiing in the swiss alps! I can still taste the powder spray in my face... I know I have never been skiing in the Alps... But it was so real!! So I am able to acknowledge that the horrible nightmares were not true either.

Your family member is very lucky to have you in their life! I had some great support from family and friends... It's hard being in his or her shoes, their life changed instantly... sometimes with no warning... They were the center of attention for a long period of time, and when those around you start getting back to their schedules and life, a mild depression can set in, feeling no one cares anymore... Then there is the other side of the coin having someone who continues to smother (with great intentions)... and tries to do everything (I love my mother)... getting out and spending time with others and try to get into a routine heals.. personal reflection..

This website has been fantastic, just reading stories and posts about people who have been there... It's not a competition of who was sickest... I read many articles and rarely post. Their are others very active in conversations on here which is fantastic!

I recommend your family member spend time alone reading some of these stories..

There are days I feel rage, but most days I am thankful to be here... I've learned that happiness is a choice (under most circumstances).. many of us were stripped of our livelihood for an extended period of time. I am actually thankful in some ways this has happened, it has allowed me to correct the ship and sail in a direction I want to sail in... New career, new hobbies, and new ways to spend my energy that was often wasted before.

Good luck to your family member - like I said they are lucky to have you in their life!

I think I can help you somewhat with what your family member is feeling. First of all it was a traumatic experience. Trauma is a first cause of PTSD. He or she should seek out some form of help with this cause it wont get better on its own. I too suffer from PTSD. I have been in therapy now for two months and it seems to be helping me. I too have had dreams that are crazy but all related to what happened.

I was put inlo an induced coma last year after brain surgery. I did have horrible dreams. I thought I was in the mortuary being processed. I couldn't communicate with anyone. I just dismissed this until today when I had been telling someone about it. And I realised how horrific that really was. Then I googled coma + ptsd I have spoken to a psych about other things relating to my illness, but not this specific thing . Mostly it is blocked out by my joy of being alive. Nice to read about others similar experiences

Summer568 in reply to TruTru

I'm glad to hear you made it through your surgery and the induced coma. I posted this a couple of years ago, but the family member I was referring to is doing better than he was.

I do think the aftermath and how the coma impacts your mental health is overlooked and he felt when he was discharged he was kind of forgotten about. I remember trying to find support and it was few and far between.

He chose not to see a therapist, and I guess I won't really truly know if he still thinks much about it. He hasn't mentioned it for at least 12 months e.g. asking about whether something was real or not from his dreams whislt he was induced.

I agree reading others experiences helped me to understand what this must have been like for him and it sounds extremely distressing.

Although it wasn't related to being in an induced coma, I was diagnosed with PTSD around 8 years ago and had Eye Movement Desensitization and Reprocessing (EMDR) therapy through the NHS which really helped me.

I hope you get the support you deserve, take care.

I'm not sure how many of you will see this with it being an old post but I just want to thank you all for replying with advice and experiences.

Before this experience with my family member I was unaware of the significant impact and distress being in an induced coma can cause. I guess everyone is just so focused on the person getting through that it becomes an afterthought. He opted not to seek out therapy (although I did try and encourage him), but I think he is doing better however I don't think it will ever truly 100% go away.

I really wish there was more support out there for people who come out of an induced coma and information on how their families can help. In the absence of that, all of your responses have been really useful - thank you.

for advice last June I was put into a medical induced coma after having breathing issues due to a...

back she was put in a medically induced coma for 10 days. Since she has woke up she doesnt remember...

foot drop/nerve damage after an induced coma? I was placed in a coma for 10 days due to pneumonia &...

Not talking or moving body after sedation/induced coma

Dont understand if this is normal with coma with covid patie...

Help for processing what has happened?