When i was diagnosed in hospital they discovered i had clotted off one of my kidneys i was wondering if any of you have been shocked to discover that something had been clotted off that you had no idea about? 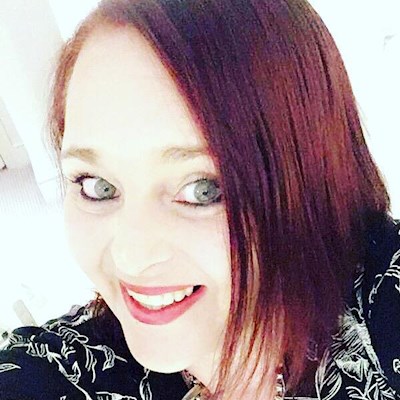 TJSTICKYBLOOD
To view profiles and participate in discussions please or .
11 Replies
•

Only a TIA and miscarriages for me - what a lightweight!

Interesting about the kidneys - I am writing the copy for the new HSF website which obviously means immersing myself in all the published info and kidney involvement, which was once thought to be rare is now being recognised as being a major target in Hughes.

The research all says that the main symptoms are high blood pressure and abdominal pain - is this what happened to you? I understand that there can be protein loss through the urine with stenosis (narrowing of the artery) but with thrombosis they only talk about the two symptoms I've mentioned.

Would be really interested to hear your experiences so I can make sure the new website copy is correct from the human point of view too. Also, if you would be interested in becoming one of our case studies or media volunteers please email me at: kate.hindle@hughes-syndrome.org.

Although I have Lupus too, it was the Hughes' Syndrome that did the initial damage to my kidneys - the first biopsy they took was over 90% dead and the doctors panicked. However it later emerged that they only took one biopsy and were unlucky, if they'd moved a couple of mm to the left they could have had a core that was 90% alive! I'm not sure which finished the kidneys off in the end but with the antirejection immuno supressants for the transplant i have, so far neither the Lupus or the HS seems to have bothered Kevin (the kidney). Long may it stay that way.

My diagnosis clot was in my knee, and i collapsed while playing football. I also had one in a vien on the inside of my elbow that blocked a vien bit it's fine again now.

Good luck in your recovery

Herb in reply to

Oh I did not know it affected the kidney, I had a couple of episodes of lupus nephritis, years back, I am told all clear now but I have long term pain in my mid left side just under rib cage, which no one can account for, it hurts when I sit or lie down, also I have almost always blood traces in my urine when I donate the samples they ask for at the clinic, each time I get old not to worry, I have had a bladder scan with the tube up and was told bladder all ok and the blood seems to be coming down from the kidney.

Also been told it could be side effect of warfarin, not to worry. Hmm. Lots to worrry about, pick one or another.

Hi sorry about your kidney, this syndrome is a pain isn't it.

which brings me to the point. I have had pain in my back for years, but didn't know till reasently that APS had affected my bones.Osteonecrosis

Bones, hense always on the computer as laying down stops the pain

Thanks everyone I've also had lots of other thrombotic experiences clot to the bowel, leg artery, leg vein, portal vein and tias what a lucky lot we are !!!!

Oh sorry to add on this thread but i woke up with a black bruised eyellid has this happened to anyone before?

Mine was a clot in leg then a pulmonary embolism, out of the blue, no flight or anything.was a real shock. The bruised eyelid yes quite often, don`t know if catch them during the night or something. Bruise easily cos of warfarin and aneamia.

2006, PE out of the blue, no warning just suddenly had acute chest pain and difficulty breathing.

2011, Stroke out of the blue, no warning just walking back from the bathroom and suddenly got explosion in head - don't remember much after that!

Also had two TIA's I was unaware of.

Yep brusing a common thing for me had them on my eylids, legs at one point looked like my wife had beaten me up lol

What are your thought or experience?

I believe 1 clotting event due to this vaccine is one too many. What’s you experience of it?...

What has your target INR been set at?

I noticed many people have a higher target so was wondering what the right one is for people with...

The most ideal medical person

I had to step in and help somebody recently that I dearly love, they had been feeling very very off...

Has anyone with APS ever had a bad reaction to Contrast Dye and if so what were your symptoms?

sticky blood (I have read on medical websites that patients with blood clotting Issues can have...

What happens if your anticardiolipin antibodies fall to negative?

positive 3 years ago after I had a staph infection on my legs and a clotting in my foot. Blood...