I have recently posted the same question on the SLE site but want to find out if anyone with APS has reacted badly or had an allergic reaction to Contrast Dye.

My symptoms included fever, acute flairing of lupus type face rash. Vision disturbances including blurred vision and episodes of zigzag flashing lights. Balance issues with vertigo symptoms even lying down and acute hot burning pain inside, like I am being burnt from the inside out, especially in the kidney areas and abdomen.

Following my recent angiogram I was so unwell I was bed bound for a week and should have been ambulanced to A&E the day I was discharged however I refused the ambulance, knowing I was safer at home than in A&E on a Friday night in the middle of a heatwave!

I am trying to ascertain whether I had an allergic reaction, or whether my reaction was more severe than normal because I have sticky blood (I have read on medical websites that patients with blood clotting Issues can have trouble with contrast dye) .

I am see Prof DCruz this week concerning both APS and SLE and would be grateful for any responses.

Thanks so much, Claire 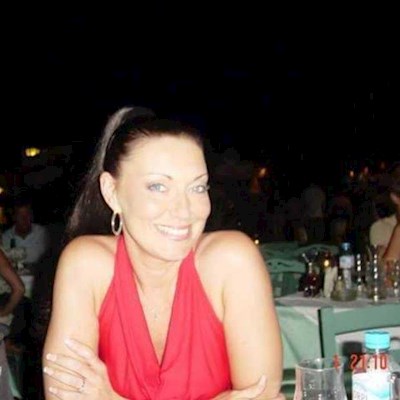 leakeadea
To view profiles and participate in discussions please or .
17 Replies
•

Hi yes I have, but must point out that I have Lupus (SLE) too. My mouth swells, my eyes swell so does my throat until it makes it difficult to breathe. I am always given prednisone and an antihistamine via a drip three hours beforehand now. It isn't a cure but I don't have such severe symptoms with this treatment beforehand.

Thanks so much for responding. I'm actually seeing a lupus specialist this week, as I have every symptom of SLE. I posted a similar question in the lupus site as well because my reaction to the contrast dye also flared up my lupus like symptoms.

I will be asking him about the terrible reaction I had, following both my operation and recent angiogram.

Yes, Claire. I had a severe reaction to glucagon which was used at the end of an imaging to slow the bowels for better photos just fircsurgeon before going into an abdominal surgery. ( like a week or two before surgery.) I was well at time of imaging/ scan. I became violently ill immediately with injection of glucagon- violently vomiting and plummeting bp. An icu code was called and I was admitted to the hospital.

I’ve only recently come to understand that there is a sting link to MCAS and contrast dye. It’s strongly associated with ED, APS. I think I private messaged you about it’s connection to ED about 3 months ago- check your PM box. I really though of you.

Wow, what happened to you sounds horrendous!

It looks like these contrast dyes are very bad news for anyone with sticky blood, autoimmune conditions and also SLE.

ApsnotFab, just mentioned MCD in her post, I must do some research into this prior to seeing Professor D'Cruz.

I will check my PMs Kelly thank you.

I'm pretty sure I owe you a response from a PM a while back, so apologies if I didn't respond to you back then.

I know that I would have been very grateful for any helpful information you sent me.

My life seems to be non stop lately, well non stop to someone who's body and brain doesn't seem to function properly anymore and I don't seem to be keeping up!

I feel like shouting "can you please stop the merry-go-round I want to get off!" as I'm sure you do too on a regular basis! 😵

HI, I did have it years ago and was a bit itchy afterwards, however now as I have had several incidents of Stevens Johnson Disease, which is a mast cell disorder, I would probably react now... I hope I don't have to find out! MaryF

leakeadea in reply to MaryF

You're another person mentioning Mast Cell Disorder, clearly there must be a link between this and the contrast dyes?

Make sure if you have to have contrast dye that they protect you as much as is possible, from having an allergic reaction! 😮

Really? I did not know that. I had that with my first anti convulsant medication- lamictal. Fortunately it was non necrolytic . I was VERY lucky. My neurologist had warned me it could happen- but only did as I titration up to highest doses- but horrible headaches started first. At the previous titration. I think at 400mg. At 600 mg the rash within the hour of dosing.

Can you consult with an allergist for testing? My allergist told me a good 40 years ago that I should never have contrast dye but frankly, I do not recall the details behind his recommendation.

My respiratory doctor is looking into what dye was used for each procedure and I think I will be tested if the dyes were the same.

My symptoms began to subside as my INR rose again and once above 4, I have been doing so much better. I'm thinking that many of my symptoms could have been caused by either micro clots or sludgy blood. The face rash and fever were most likely autoimmune related.

So hoping that Professor D'Cruz will be able to confirm if that is the case! 🤞

It will definitely be better with a higher INR, but dyes can trigger histines, and Justine’s can trigger abnormalities in the clotting cascade. ( can trigger clotting and activate APS antibodies.)

Remember- our own bodies make heparin- it’s part of this histamine process- so mast cell is part of this process/ or disruption of it if it goes awry.

Anti histamine medications can be prescribed ahead of time. Lots of extra fluids.

The CT clinic chief radiologist who screened me yesterday at the university hospital where i attend most of my clinics (immunology, rheumatology, gastro, gyn onc etc etc) decided my recent hyperreaction to iodine based barium swallow (iohexol aka omnipaque) means i must not have the CT Enteropathy small bowel imaging my gastro consultant had booked (i am in care in crohns EEN protocols, but definitive diagnosis of my Intestinal Failure is still under investigation).

Am replying to your reply, GinaD, because this impressive radiologist voluntarily asked if i would like to be referred to Allergy Clinic for contrast agent tests to see if there are any i can tolerate. I said: yes please! I’d been totally unaware such testing was being given to vulnerable patients

And she has organised for me to have a specialist MRI without contrast of the small intestines instead of the CTE, on nearly the same date soon this month (the urgency is because i remain unable to tolerate food by mouth due partly to the Iohexol barium swallow hyperreaction). She warned me that peristalsis bowel movements inevitably mean MRI images will lack a degree of sharpness

My consultants suspect i have a Mast Cell Disorder (i’m 64...my primaries are infant onset lupus + hEDS + early onset hypogammaglobulinaemia (this means i can’t make antibodies, and helps explain why i am seroneg), with a fairly typical bunch of secondaries. I’m sero neg for everything, but still meet official diagnostic criteria...i suspect i have APS too...which is why i’m here now

I'm replying to myself as my memory has been jogged by InSpain saying about swelling.

I forgot that I was also very swollen, especially around my eyes, face and neck, there was like an extra roll of swelling around my neck, on top of the usual swelling I get around the base of my neck and between my neck and shoulders.

Any allergic reaction will prompt your dysfunctionally obsessive immune system to draw its sword and say "En garde," resulting in fatigue, rash, stickier than normal blood, etc. An immune response is not always initiated by just 1item. Think of potential allergens as tiles of varying degrees of thickness. For some, spring pollen is thin; for others thicker. When the accumuated tiles reach a certain metaphorical " height," the immune system draws the sword. Using this model, then when your INR is higher, then the APLS tiles are not as high. But dye/s you are even only mildly allergic to can tip the allergen stack into reactive mode. I notice that I am more likely to have APS symptoms, and require a higher INR in the fall, which is my high allergy season. And thats the season when my headaches morphed into those scary TIAs which lead to my diagnosis all those years ago.

That is a really great way of explaining it, thank you GinaD! 👍👍

My operation with contrast was five hours long and the reaction my body had was incredibly acute and lasted a very long time. The angiogram/right heart catheter however was only about an hour long with the contrast dye and although I became terribly unwell 24 hours post procedure, I began to recover more quickly, especially once my INR was back up to 4.

Tofino5 in reply to GinaD

Great description, I’ve never known how to explain it before.

Hi there. I only have side effects with gadolinium contrast. I am just fine with iodine contrast. With gadolinium it feels like I am drunk, have skin sensitivity, drowsiness...

Has anyone else had problems with an employer? Is APS covered by the Equalities Act?

I have been told that I face 'management action' for exceeding the acceptable level of sickness...

Has anyone had similar symptoms?

people Has anyone here experienced similar symptoms to the following: Started to feel a little...

How old were you when diagnosed with APS and what where your first symptoms?

question and wish to see if any one had similar symptoms. I was 23 and it all started with a two...

Has anyone in the group with APS had DVT whilst on warfarin? What treatment and advice was given?

supposedly therapeutic INR levels (2-3, ideally 2.5-3), I have been diagnosed with another large...

Is there anyone out there that has had a swollen Lymnode as a result of the APS?

in Canada like other issues are due to it being so rare. The Lymnode issue l have now concerns me...
•
8 Replies