Hi Everyone. Hoping you are having a good day. I mentioned in an earlier post I would be seeing a cardiologist and an APS specialist. Well I went to both appointments. The good news is the APS Dr. said everything (blood work, kidneys etc) looks good at the moment so no need to increase my medications.

The bad news he said is, SLE, APS, long term warfarin use and long term prednisone use CAUSED my coronary calcification disease, and unfortunately because I have to take these meds and have these 2 other conditions, my heart disease will not get any better. Anyway, my cardiologist wants to do an angiogram and while he's in there he'd like to put in stents where they are needed. I asked my APS Dr what his thoughts were. He said, "Stents do not cure, nor do they halt the progression of the heart disease. He also said it is a very short term fix, and at best I'd get a temporary relief from the angina and a better quality of life IF all went perfect with the procedure. But it is far cry for a long term fix with way too many risks (in my case, I've been told), so I've decided at this time not to get a stent.

My last option at this point is to get my inflammation down to as close to normal as I can with an all plant based diet. I realize I have to be consistent with my daily K2 intake It's my only hope at this point because I find the alternative not very appealing or promising! Just thought I'd give an update.

I read all your posts and can't believe all the things we go through with these illnesses.

We are a tough bunch of warriors for sure. I truly wish everyone on this website the very best! 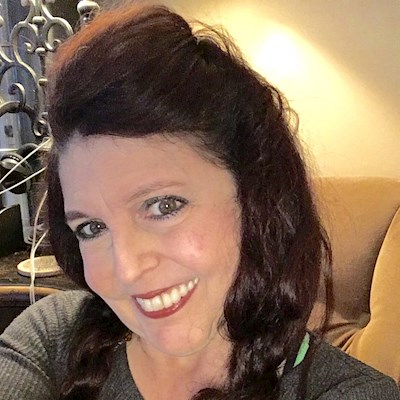 hihannula
To view profiles and participate in discussions please or .
Read more about...
23 Replies
•

Its always one step forward, two back. The good news is you have two doctors that seem to understand your health and you!

Warfarin is known to cause coronary (and other) arterial calcification, it's a nice side effect that they rarely tell anyone about when putting you on it. In murine (mouse/rat) models some reversal of calcification has been shown with vitK supplementation, but no one knows if it works in humans (as far as I can find). You would need to find another anti-coagulant to switch to first, as taking vitK with warfarin just means taking more warfarin to remove the vitK (can be helpful to stabilise warfarin dose, but that's all). Might be worth a discussion with your doctors about the possibilities - but you are well into "no one knows" territory unfortunately.

Hi Ray. I have asked for a different blood thinner but because of the titanium valve he said the only thinner that works is Coumadin. Very disappointing indeed! It’s so true what you said about the Dr’s not being honest in educating us about the serious side affects of this drug. 12 years ago before surgery I had no heart disease. Now 12 years later I have full blown calcification not only my heart but every organ and the brain. The calcification is even attached to my mechanical valve! Very frightening😓 Thanks for replying😊All the best. Holly

Ray46 in reply to hihannula

Doctors speak with forked tongue - or at least they speak a different language so it appears that way to the layman. "only drug that works" or "only thing we can give you" often in fact means "only _licensed_ ..." (and that they are not prepared to go off-label).

I have had this conversation myself with a doctor:

"I would rather have X (instead of warfarin)"

"we can't give you X because there is no proof it works, it has to be warfarin"

"what happens if I have major problems with warfarin"

"you may have a (very rare) life-threatening allergic reaction or we may not be able to stabilise your INR, but in that case we'll give you X instead"

Now, I am NOT a doctor, in fact I have zero medical training, but I do speak a little doctor (long story) and I knew exactly what he meant, and he knew I knew, so all good - but if you don't know it may not make any sense.

Hi Ray I never thought to ask them "What would my options be??" especially with the mechanical valve...

I have aps and newly diagnosed with lupus sle was recently put on aziophrine and I think it’s just kicked in a feeling the best I felt for a long long time 😊ether that or lupus is in remission. Just wondering if you have try aziophrine for your lupus 👍

Hi Tim. No, I've never been on aziophrin. For 35 years I've been taking prednisone and plaquinel. Sorry I couldn't help out.

Both are mentioned in one of the articles:

There is only a summary because it is a long article and it really doesn't show up well on HU. There are two references, the original citation; and the other is on the LuPUS Message Board. For the latter and a discussion you need to register (free), which I know is a pain, but it's to prevent spammers and other nasties. If you need help, let me know.

Reiving a diagnosis, a reason for symptoms is always good I'm just sorry that it's such a bad one for u.

It is scary. Mums had a lot of success by having an Aptimil bottle each day. I've just had an angiogram which showed a little furring so I too must make changes.

I wish u lots of luck and hope u will keep us updated. 💋.

Thank you Wendy. It was shocking news. I feel like I'll never get a break from this malfunctioning body of mine. I'm not giving up, nor will I give in to stents or surgery at this time anyway.

Best to you with a good heart smart diet.

What is a Aptimil bottle you mentioned your mum takes everyday.?

Hi there. How much but D would be safe?

Ray46 in reply to hihannula

Depending on your current levels, possibly none. Vit D interacts with Vit K to absorb calcium and direct it to the right place in the body. Guess what happens if you add vit D and calcium when you are K-deficient? - yep, arterial calcification. Internet search for "taking vitamin D without K" for example will give you loads of results, mostly people trying to sell expensive VitK or "safe" VitD (which is "safe" because it has vitK added...). There is plenty of real science behind it though, see e.g. ncbi.nlm.nih.gov/pmc/articl... (section 3) or ncbi.nlm.nih.gov/pubmed/106...

Thank you Ray for the great information. If it wasn't for these studies you sent I would have just kept on taking D. I officially have stopped today. Hopefully the calcification will halt. I wished I had known years ago about the correlation between vitamin D, calcium and arterial calcification without the k. It's a crying shame this info is not shared with us by our Dr's. when they start us on this drug.

I now stopped all supplements because I'm not sure whats going on anymore!! I am afraid I've done more damage than good and contributed to my irradic INR readings and severe calcification causing heart disease!! My Dr's were not and are still not transparent about the downside to Warfarin. Just 2 weeks ago, I was told at my APS appoint, when I asked if Warfarin causes calcification to the soft tissues?. Without hesitation I was told "NO" End of discussion and was moved on to another topic.... Very confused and feeling extremely hopeless these last few days. My eyes are bleeding, I've been reading so much. In the end it's all so conflicting and maddening. Struggling for breath these days, doesn't help either when I think, if I had been told the truth about very serious side effect of calcification, I would have been more pro active and done things very differently. They should have provided a diet plan and a supplement plan to ease up on this deadly side effect to help minimize it as much as possible. I know I'll be starting an anti-inflammatory diet soon. Maybe that will help. I needed to rant. Thanks for reading.

Thanks for the very precise information. Would lovenox be an option?

I don't know what lovenox is! I'm assuming a blood thinner???

I hope your doctors can help you further, great that they are up to speed with helping you. Do get all levels checked including your Thyroid, D, B12 ad Iron as they are clearly all in an investigation mode with you. Lack of vit D can cause antibodies to rise and and make you more inflamed. I hope the right solution found for you, Let us know what they say. MaryF

Hi APsnotFAB. Would vit k be affected using the heparin or any of the other derivatives?

Thank you Mary. I am due to get my adrenals and thyroid checked, but I'll be sure to ask for D,B12 and iron. I will report back with results once they are done.

Atherosclerosis is associated in patients with SLE and cardio-vascular disease. There are a couple of articles on LUpus Patients Understanding & Support (LUPUS) at HealthUnlocked if you are interested.

Do you think it might be possible to take LMWH with a mechanical valve.?

APS target according to Dr Hughes

My new doc doesn't know APS after all. He has resisting allowing my INR to rise from it's current...

New to APS and terrifie.

out here. All I have are the results and what the lab doctor who interpreted the results said...

New to APS and worried

sorry if this is long winded but I am not sure where to turn or how to accept it all.

I am new to this aps world

to get over the flares up because they are so painful. My migraines are very strong every day all...