Hi all, just a quicky, after a coupleof months of Warfarin I've been switched back to Dalteparin as the Warfarin didn't agree with me, they recorded my INR as high as 9.5. It's supposed to be between 3.1 - 4.1 post heart surgery, pre heart surgery it was set as 2.5 - 3.5, has anyone else had such a reaction to the meds as this or any idea what could have caused it? My diet & alcohol intake were extremely modest & as suggested, though at one point the anti coag clinic called & asked me to stop eating so much green leafy veg owing to the high vitamin k. 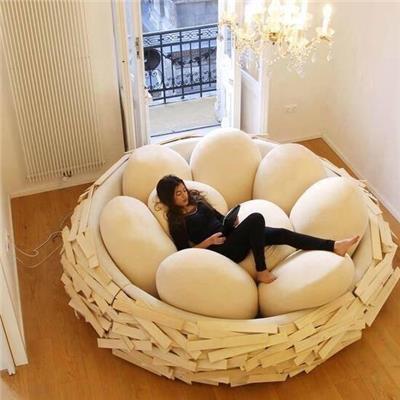 Herbs77
To view profiles and participate in discussions please or .
Read more about...
6 Replies
•

Hi it is crucial with Warfarin to keep he diet consistent, however some people find with other medication, and virus etc they can't keep a stable INR. One size does not fit all, it sounds like they wish to trial you on something which might keep you a bit steadier, let us know how you get on. MaryF

Herbs77 in reply to MaryF

Thanks Mary, my appetite has been changeable since surgery since the meds I was on, painkiller etc seemed to diminish my usual appetite, ai have noticed a weight loss of approx 8lb. My meds have altered quite a bit since surgery so I feel its a combination of factors. I'll keep you posted, thanks again Mary darling. X

You have to drink the same amount of alcohol every day and eat especially green vegs the same quantity every day. The green vegetables are good for us. A CONSTANT intake!

Also the heartsurgery can have had a great influence on the antibodies and APS as only a small virus will make INR erratic. Changing drugs also effects the INR.

I selftest every second day and try to have my INR around 3.8. As times goes by I have noticed that I need a very high INR to feel good. I make notes each day so i will not forget the changes. As a matter of fact I make notes exstremely often.

It takes 2 - 3 days for the warfarin to react. The green vegs can change the INR DOWN in 15 hours (for me, but we are all individuals). If you stop eating the green vegetables as they told you to do, of course the INR will raise.

Did you have a bleed when you had that high INR? As Prof Hughes says: "You do not bleed from APS but clot." We have very sticky and thick blood.

Best wishes from Kerstin in Stockholm

I had problems with the INR readings on my self testing meter post heart surgery, for about three months, the readings were much higher than the lab readings.

I am now on Fragmin (Dalteparin) rather than Warfarin but that is because my symptoms were no longer responding to Warfarin. I much prefer to be on Fragmin than Warfarin, as it is a once a day, 'fit and forget' medication that is unaffected by food and drink and, for me, seems to give better control of APS symptoms.

Thank you Dave, this is really helpful to know.

Other meds don't work for me because of my situation 's--But if i keep having shallow vein clotting and even worse DVT'S in left leg they are going to try some of the others but i will have to be monitored constantly. They just gave me a new patch Flector--and it's dose is strong -- i was suppose to start it Friday but i am going to wait till Tues. to see where my INR is because i have been all over the place -Last Tues . i was 4.8 then Friday 2.2 and this new pain patch states INR's will have to be checked constantly , they test my blood every 3 to 4 days now . This patch also will hinder liver and kidney function and i am already high stage 3 cirrhosis as it is now.

If i were to start a new type of anti's it would most likely be a combination of a couple if they can .

Switching from warfarin to Rivoroxaban - INR needs to be below 2.5

have said as my INR was 3.5 on Thursday, I need to stop taking warfarin on Sunday and Monday and...

on warfarin but INR changes daily - my ideal INR for me is3.5

been on Warfarin and Heparin(the later should my INR fall below 3) I find of late that my INRs...

My consultant has taken me off warfarin.

Can I motivate for checking my own inr levels as well as anticoagulant clinic?

What causes an INR to drop after it has been normal for multiple months in a row?

I have been on coumadin for a few months with my INR being within the therapeutic range. All of a...