Just wanted to see if anyone has experienced something similar… I’m 35 and have had palpitations since August but in the last week they’ve gotten horrific and they’re all day, everyday. I was fitted with a holter monitor on Monday and wore that for 24 hours, still waiting on results but I expect Christmas slows everything down.

Yesterday I began to experience sharp stabbing pains in the left side of my chest. They only lasted a second each, like a lightning strike. There was about 5/6 in a row. This was a completely new symptom to me and I’ve never felt pain like it, and I’ve given birth a good few times! It was the sharpest pain I’ve ever experienced.

I decided to go to A&E which I haven’t done since all this started, I just couldn’t ignore those pains. They did a load of bloods, all fine and a 10 second ecg, which I do think is pointless, because if they had have kept it on me for 30 more seconds they’d have seen a bad beat. Lastly they did a chest X-ray which was fine too.

The A&E doctor said they can’t rule out that there’s a problem with my heart here and now but they’ve done all they can in an emergency setting and since I’m already under cardiology she can’t do anything else. I just have to wait for the holter monitor results.

She did want to run more tests on my blood; potassium and magnesium, so rang her registrar and he said no, just send her home. She told me she thinks they’re ectopic beats.

The app on my phone (which is the same app that diagnosed my dad with this atrial fibrillation) shows my heart as irregular. So I know the app is reliable and I know the holter monitor will see what the app sees. I just don’t understand how it can cause these terrible pains and still be not life threatening.

I can’t ignore the beats, they’re so powerful and uncomfortable and now this new pain is just terrifying.

I guess my question is, does anyone get pain with ectopic beats? How can this possibly be normal anyway even without the pain!?

If you got to the end thanks! Any input is appreciated. 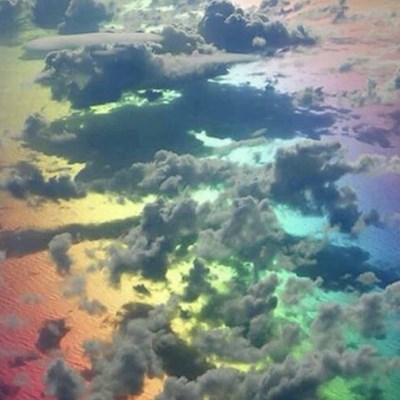 Callie_Angelica
To view profiles and participate in discussions please or .
Read more about...
12 Replies
•

I get the same-its almost like a very sharp sting that sometimes is simultaneous in my right or left arm. I had tests etc too, all normal.

Yes, I sometimes get sharp, stabbing pain in the right side of my chest with ectopics and they are frightening. I’ve had them on and off for over 30 years but it’s important you’re having a thorough check to reassure you.

Thanks both for your replies. I’ll never be able to stop being scared over this crazy rhythm! How do you get used to it?

I get intense stabbing chest pain in the centre to the left of my chest with ectopics on and off - all my tests and scans are normal. I understand how frustrating it is because they just diagnosed me with ‘non-specific chest pain’…

Taking anti-inflammatory’s like iburprofen helps for me in the short term!

I feel better knowing that I’m not alone but honestly it’s just so frustrating that this is happening for apparently no reason! How can we just ignore the feeling of a heart flip flopping and stabbing pains. I’ve noticed painkillers do help so that’s something. Whole thing is just so bizarre to me though. Really glad I’m not alone!

I know, like surely it’s not normal to have intense chest pain along with ectopics!? But yes you’re not alone at all and we just have to trust and listen to the doctors when they say it’s nothing to worry about - I know it’s hard though.

Strange why all of us with this has it just to the left of the breastbone.

Yeh it’s so odd. I wonder how many people have the same, but don’t mention to anyone because the hospital says it’s ok.

Do either of you have GI issues? Like acid reflux or GERD?

Niki_ in reply to Callie_Angelica

I have Gerd can that cause sharp chest pains ?

Callie_Angelica in reply to Niki_

I’m not sure. I just know that I didn’t have these sharp chest pains until I got my ectopic beats. I’ve suffered with GERD for years and years and it didn’t cause me stabbing pain at all.

It might be a coincidence but the same month I started medication for GERD (omeprazole) is the same month I first noticed the ectopic beats. August last year. I does make me wonder if something has irritated my vagus nerve, or if my digestive system somehow puts my heart out of sync.

I’m still waiting for my cardiology appointment and it’s so stressful. I wore a holder monitor on 20th December and all day long I had ectopics.

Cardiology want to see me, but because I’m in England they’ve said “if we don’t give you an appointment by 18th March, you call us.”

My neighbour has thickening of the heart muscle and can’t get an appointment either.

These beats are really causing me so much stress and anxiety. No logic can be applied to them. They just feel dangerous even though I know they aren’t.

Niki_ in reply to Callie_Angelica

Was this sharp pain an ectopic, pvc or a muscle spasm of the heart?

So I was just sitting working and experienced an extra, hard beat right in the mid of my chest,...

upset me which I’m sure is feeding it all... no one seems to think they’re a problem but they’re...

Does anybody else have this problem? I get chest pains and feel poorly and faint when they are...
•
30 Replies

Ectopic beats really getting me down

weeks with ectopic a then breaks in between which heaven!! I was lucky enough to only have ectopics...

Vagus nerve which feeds the heart and stomach. This Gaviscon claims to create a raft which floats...

Ventricular tachycardia and ablation for PVCs

Can you get ectopic beats with a pacemaker

Would you like to meet the Patient Services Team at Arrhythm...