My personal story regarding Aspergill... - Aspergillosis and... 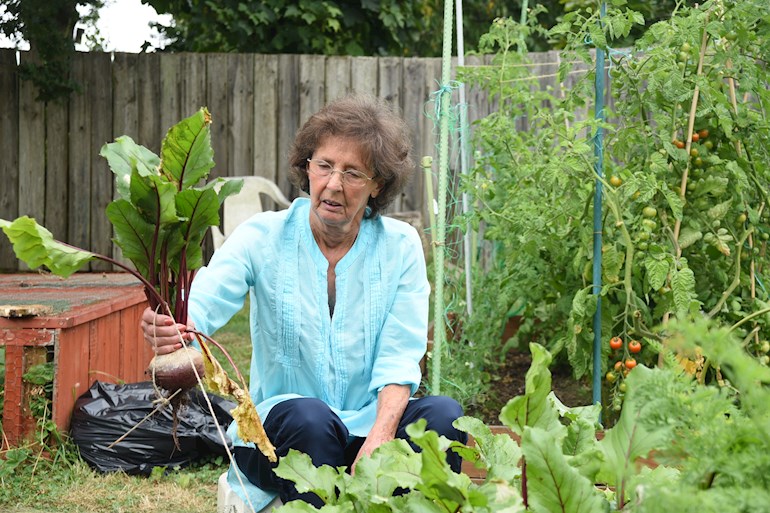 Just found this forum by chance. I was diagnosed with ABPA now in my 5th year. In the beginning I was very ill, in and out of hospital with constant c/infections, & pneumonia, if that wasn't bad enough, a junior Dr. took it upon himself to suggest I had lung cancer as my Xrays showed as a complete white mass in my lungs. Fortunately, a Senior Specialist thought otherwise and sent my bloods to the Royal Brompton in London. Following this diagnosis, nobody has ever explained this condition to me other than to say I am not strong enough to take anti-fungal drugs! Last summer I ended up in intensive care with a collapsed lung, a drain was inserted which released masses of yucky secretions. I was eventually discharged after 4 weeks. An Xray six weeks later showed my lungs to be totally clear. I am convinced the drain removed most of the fungus. To date I have not had a chest infection, my O2 levels are a staggering 98/99 and I am very active. I have to spend 1/2hr morning & eve doing secretion removal, which clears a lot of muck from my lungs. Finally, just wanted you fellow sufferers to know that I was put forward by the British Lung Foundation to have my condition highlighted by the Media, this appeared last week in the Daily Mail, ITV news and local radio. I was a "Star" for a week, and now many more people will be aware of this condition. I should add my home flooded by water coming up through the floor and because it was only a few inches of water, our insurance company took 5 yrs to put things right as they kept rejecting various builders quotes. Whilst all this haggling was going on, we had what looked like blobs of mayonnaise growing through the floorboards, it was quite disgusting. They eventually saved a few thousand pounds but left me with a potential life threatening condition. Hope this helps some of you and thank you for taking the time to read this, I would welcome any feedback. Jenny

effel
To view profiles and participate in discussions please or .
Read more about...
12 Replies
•

Thank you so much for sharing your story with us and I am really pleased you are feeling better now. I'm presuming the mold from the flood contributed to you having ABPA - were you asthmatic before this?

I have been really unwell this year and following a hospital admission in January after an episode of coughing up blood, I have been diagnosed with ABPA. I have a great consultant at the John Radcliffe Hospital in Oxford and I am very fortunate in having been referred to Professor Denning at Wythenshawe Hospital who specialises in this condition. My IgE levels were well over 1100 - a normal level is 100! I know I will suffer from this for life but it is comforting to know that it is now a recognised illness and money is being sanctioned for research.

Well done for helping to highlight this illness further.

effel in reply to Cocoa12

Thank you for responding though sad to learn that you also have this condition! Indeed i have been an Asthmatic all my life with Eczema to cause further misery. I also carry an Epi-pen as I think I'm just allergic to life generally. I try to make light heart of it all with the theory I've made it to the age of 65 so I'm doing something right.

The mould growing through our floor was the Aspergillus fungi, so breathing that in for 5 yrs, its a wonder I'm still alive. Hope all goes well for you, my very best wishes

OCDETE in reply to Cocoa12

Jenny, thank you so much for sharing your story. I was diagnosed in 2008, after being very ill for months. As gross as it may be, can you tell me what you do to clear your lungs? Thank you!

effel in reply to ylmwelch

This is rather complex: The fungus in our lungs can be very lumpy making it difficult to cough up and clear the airways, very frightening if it gets stuck half way, so, if this is happening to you your GP can prescribe Carbocisteine which can be capsules or liquid. This keeps the mucous thin and more easy to clear. The process I mentioned is called the "Huffing Routine" If you have a nebuliser at home you need to inhale a Steri-neb which is just water followed by a Ventolin 2.5mg which effectively opens your airways then wait 5mins and sitting in a chair take 3 deep breathes as low into your lungs as poss. blowing out with force through pursed lips (like whistling) then 3 normal breaths I use tubing blowing into a glass of water to give some resistance, think of it as shaking apples off a tree; You need to repeat this 3 times, so 9 deep breaths and blowing out in total with normal breathing in between. Now you need to huff, so not a cough and think of huffing out a candle or steaming up a mirror, so the huff comes from the bottom of your lungs. The huff will produce the mucous from the base of the lung you will then find it quite natural to cough and you will be amazed at how much mucous will be cleared in this way. You need to repeat this 3 more times with an interval of approx 5mins in between. the more forceful the huff, the more mucous you will be able to clear. Most importantly, with practice you become more efficient. Not clearing this mucous does lead to more C/infections. You can still do this procedure without a nebuliser, inhaling steam, just 3/4 breaths will help to loosen the mucous if you want to. In addition, I am on symbicort which is very helpful. If you find this too daunting, please go to your practice nurse or GP for some help.

Hope you can digest all of this, I have tried to make it as simple as possible, please remember I am not a medical expert, just a fellow sufferer who was taught this procedure by a Respiratory Physio. I will stay in contact with this post, please let me know how you get on.

ylmwelch in reply to effel

Thank you for your response. I appreciate you sharing it!

You can find the breathing exercises on you tube done by Phillip one of the physics from the National Aspergillosis Centre at the University Hospital of South Manchester at Wythenshawe. If I can find it again I will post a link.

Thank you so much for this most helpful post . I am on my case with it . I take a nebuliser morning and night but was not told to do breathing exercises after use . So hope my lungs will now clear better after trying your regime.

Thank you for sharing your story.

My grandad always loved his vegetable patch's and gardens over years. When he died at his home, after 1 mth in Hosp. at a fair old age, the Dr Signed his DC as being Lung Cancer! My grandmother was livid at that, yes he'd had respiratory problems in his last weeks! The hospital did not diagnose Cancer to best of my knowledge though. My grandparents brought me up a lot of my younger life and we were v close.

Knowing what I now know about Aspergillose (I rent an old french stone house with damp in walls behind wallpaper and mould spores in some artexed walls in the small utility room which had no ventilation means except the door.

Yes Im desperately trying to get out of it) but that, you and my grandad is how I made the connections after my research and can

Vegetables which can develop mould, grow in damp places! So often e tern all mould has appearance of mushrooms! We only have to touch or move any plant, or where ever the mould is growing - it immediately releases spores into the air - the same air we then breathe.

That is why I think you and my grandad may have had something in common! Gardening - I was a married adult when he went, so can't remember if he'd had had problems in previous years live in a damp in winter house and was also blood tested this year for Aspergillose, don't know how advanced a test it was -the result says:-

<2.5 UA/ml ........VALUES (<5 negative, absence of antibodies anti-Aspergillus). Then goes on to read >10 probable presence of some antibodies. Yes I've taken it to mean I don't have Aspergillose. These are tests done in France. The Dr sent me to A Pulmonologist and yes I also had aspiration of lungs done in March, and my breathing was much better and has been through summer, though I've not been able to organise a move yet.

My sample was also a large mucosal one sent off for analysis. Culture in bouillion de MIDDLEBROOK was 'underway' - I never did receive the result for that though

Given my above results I accept 1st result but would dearly love to know 2nd! I didnt have Aspergillose but it was someone on Thyroid UK who sent me down that track, her daughter developed it when they lived in a damp house. She couldn't find an answer in U.K. And went to the USA - she wrote that her daughter still goes over there annually to see her Specialist.

Im so pleased to see you saw a London Specialist, and also thank you for sharing the Story - that you had the correct tests done and are now on the road to recovery! Long may it continue. But watch out when gardening or in the vegetable plot

hi, i have a lung disorder and suffer with excessive thick mucus, i came across your method online a few days ago by a blogger they mentioned using a glass demi john, and the tubing they used mentioned to use as rigid as you can find, something to do with the vibrations of the bubbles helped in removing the mucus. there is a device called a FLUTTER DEVICE which is a medical aid for the same thing, its quite expensive but i read by a reviewer on AMAZON UK where i saw it being sold that you can get it prescribed by the NHS you just have to ask your doctor, im going to ask my doctor at my next appointment. Best wishes to you, keep well

Thanks you for telling us your story Jenny, sorry I didn't notice it before now.

Yours is an all too common experience as most patients have to go through a period of treatment for other infections & diseases before they get a diagnosis of ABPA. Better awareness is part of the problem, better diagnostics another.

The Brompton now has a specialist who we at the National Aspergillosis Centre (Manchester) work with who is gradually collecting patients with aspergillosis, so there is good advice at the Brompton though you can get a referral to Manchester if you prefer.

We run a website on Aspergillosis (aspergillus.org.uk) which will explain what ABPA is and several very active support groups on Facebook which many people find very useful facebook.com/groups/aspergi...

Lost my mom to aspergillosis

On Monday morning my mother passed away. She had lung cancer twice. One in 2007 in her right upper...

My Mom has Aspergillosis

her lungs. We were told from the pathology reports she did not have Cancer she has this fungus in...

Proving my mould is aspergillosis mould

was sent to a pulmonologist, who diagnosed my condition as aspergillosis -- I was not told what...