Mid way through my attempt at round 4 ivf and things are not looking good. A scan showed my follicles have barely grown. The clinic put me on 5 days of clomid symultaneous to the stimms, which I completed yesterday. Today a blood test showed my oestrogen is just starting to creep up, so because it is at least going in the right direction, they said to wait a couple of days and resasses because some people have a delayed response to clomid. It's just possible, if hormone levels look OK, they will start me back on stimms in a couple of days and the cycle can continue, but I can't say I holding out much hope.

Anyone else been in this position?

Shame... I felt so lucky on day 1 getting the go ahead at all after my body monkeying around for a while now. Sigh. If it is cancelled I'll have to make the difficult call of whether to try again or not. 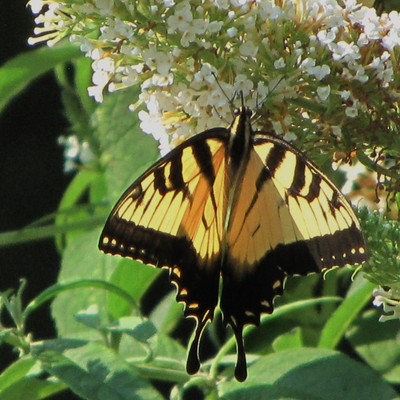 magda22
To view profiles and participate in discussions please or .
Read more about...
10 Replies
•

Wishing you the best of luck. I hope your follicles start responding and pick up in growth xx

magda22 in reply to Ajplus1

Thanks for the kind words xx

magda22 in reply to MissSaoPaulo

Ciao Magda, what stimms are you on? What dosage? I have low amh (0.4) and have been a poor responder for my first 2 attempts but last one in November was with Clomid (first time) and I started to respond better. Here the calendar: 1st day 2 tabs of Clomid, then gonal f 150+2 tabs Clomid for 4 days, then stopping Clomid and continuing with Gonal F 150 for 7 days, adding ganirelix on day 6th. I eventually managed to develop 4/5 follies of which 3 were mature and 2 fertilised, they are currently frosties (day2).

I must also say that one period before starting this last Ivf I have applied a testosterone gel every night on my shoulder for about 3 weeks. I am still not sure if this is the main reason for my first ever good response to stimms but it probably gave a boost.

magda22 in reply to gattonero

Ciao gattonero, thank you so much for this info. My amh is similar to you, and that's wonderful news you got 2 frosties - amazing and congrats!

Did your follicles respond steadily or did you have a lull and a burst?

I've never heard about testosterone gel on the shoulder! Is that for a similar effect to what dhea might do? Was it prescribed or did you just buy it? I will ask my clinic what they think of it.

I started on max stimm for 3 days, 600iu fostimon. Then a break for the clomid to kick in bevuase my follicles were slow. We'll see if there's any progress tomorrow. If you were on 150 per day was that classed as a natural modified cycle? When I did that it wasn't combined with clomid.

Do you know when you will try transfer? Or are you taking a well earned break?!

re: testosterone gel, yes the doc told me to try that instead of DHEA just after my failed IVF (Sept). I had to do a couple of blood tests before having it prescribed it (I'm in the USA). Be aware there's a risk of growing cysts with it. I applied the gel for 3 weeks but the weird thing is that I developed 5 folls + 1 cysts, menstruated but I didn't ovulate so the ultrasound was showing they were all still there after bleeding (blood tests E2 and PG were going bananas!!). So I had to do a trigger shot after the period so that all the follicles + cyst can leave properly. It was quite crazy to say the least and I was so upset I had to say goodbye to those 5 follicles!! I stopped the gel and started the new ivf as soon as the period arrived following the trigger shot. Ultrasounds showed again a good number (being amh 0.4) of growing follicles (about 4/5). So we started with the aforementioned treatment. Since I've been a poor responder in the last 2 attempts (Nov 17 and Sept 18) they are using what they call a mild IVF approach with not more than 150 IU of Gonal F, this time combined with Clomid. Perhaps it was just luck but I think that testosterone gel gave a boost - despite the initial mess up with my ovulation!

re: Dosage, during the very first attempt (Nov 2017) after an initial 250 IU of Gonal F + I don't remember how much of Menopur, I did not respond well. So I was told to increase gradually up to a maximum of 450 IU of Gonal F, however I was still not responding. At that point the docs in London told me to stop all meds for a week and then injecting only Menopur 150 IU because my ovaries were not able to keep up with high dosages as they were not used anymore to produce high numbers of follicles. The doctor kindly explained me that the ovaries were simply refusing to respond as we were asking too much! Since then, I moved to California and the docs agreed with my request of trying only with very mild dosages. Last Sept we had to cancel the cycle with 150 Gonal and 150 Menopur (Gonal was also increased up to 250) as I was not responding again.

However I managed to grow 2 folls kinda naturally, 1 of which fertilised but did not implant.

re: FET transfer, finger crossed - it should be at the end of January as I started the pill yesterday

How is it going with the injections? When's your next ultrasound and blood test?

magda22 in reply to gattonero

Scan and blood test done this morning, for the third time they've put me off for another 2 days! My follicles are growing and oestrogen going up - but very slowly. They are going to see how it looks and make a call in 2 days time. I guess it's nice they are not giving up on my too easily.

Wow, you have had some adventures with your cycles! Isn't it crazy how you can't predict any of the things that can subsequently come up? Even if you tried yo imagine them to prepare yourself.

Well done for persevering. You must be thrilled you eventually got 2 frosties.

Its frustrating that, with my low amh I have seen a range of 1-5 follicles in a scan depending on the month. Obviously I would prefer yo do treatment on a month when there are more follicles, but it never seems to work out like that! Ladt time I had 4 I also gad a cyst and oestrogen was too high for treatment.

Sigh. Its gruelling! So I'm so glad to hear you finally got a positive result after you've been through so much!!

Cinderella5 in reply to magda22

Urrgghhh you're defo getting put through the mill! Hoping you get a few goodies!!🤞xx

magda22 in reply to Cinderella5

It does feel like that!! The ivf gods giving one last squeeze to see what comes out...

I waited all summer to start Clomid, but I couldn’t because I had to do the vaccine for the Rubella...

cycle of clomid went great, all my progesterone numbers where high(58 on day 21) and it showed I...

Did clomid affect your cycle?

first cycle trying clomid. Been quietly going stir crazy in my 2ww😥 currently on day 27 of my...

Hello ladies 😊 Ive started my periods today and have to start clomid on day 2. Only problem is i...

Anyone had success in Clomid? If so, what cycle?..

prescribed me clomid for 6 cycles and said that if not successful then I will go ahead with ivf in...

First scan at 5+5: measuring spot on and there is a hearbeat...