3 large follicles: Hello! I had my day... - Fertility Network UK

I had my day 12 scan today and it turns out the Clomid has worked so well that I have 3 large follicles. The clinic have said obviously that means the chance of multiples and it’s up to us whether to try this month. I had 2 large follicles on our first round of Clomid and no positive test but obviously it could be different this time... We are lucky enough to already have a son so triplets would mean a busy house(!) but at the same time I’m aware we only have one round left on Clomid then IVF if needed so am reluctant not to try for a whole month... And surely 3 follicles gives us a better chance of falling pregnant at all...?

Has anyone else been in a similar position? Do you have any advice? 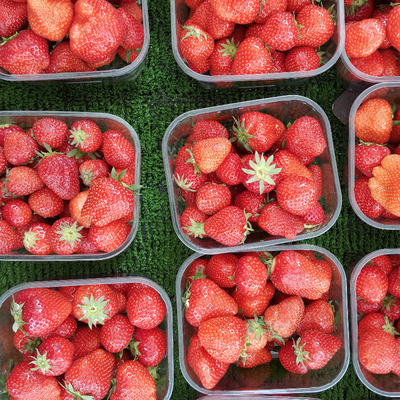 Star15
To view profiles and participate in discussions please or .
Read more about...
7 Replies
•

I’ve never done clomid, but I would go for it! It’s not quite the same as transferring 3 ivf embryos, which I would be more cautious about, as they might not also all 3 fertilise! Good luck xx

Thank you! Fingers crossed. Best of luck to you too x

That's definitely good news! I wouldn't advise on totally abstaining from TTC just because there is 3 large follicle spotted which might end up being released around the same time... increasing as much as only a little chance for triplets. I totally agree with PP that 3 large follicle when on natural TTC is no way comparable to a triple-embryo transfer in IVF. It so happens that on Clomid more follicles tend to achieve "I'm mature stage" around the same time. However, no matter the numbers of the follicle that looks like they are going to rapture and release an egg each around the same time... it's is only an assumption. When one follicle matures and releases an egg, it shortly sends a signal to any other follicles close to maturation to stop developing. All these happen within a few hours time and the follicles that were stopped from maturing become cysts that get re-absorbed during the cycle. So you see while it's not totally impossible, there's really only a small chance that all the 3 follicles will make it around the same time before the released egg triggers the stop.

Don’t have any advice as only you can decide what’s best to do and no doubt by now you have decided what you’re going to do, but just wanted to say good luck. It’s really good that you get a 12 day scan too! X

Thanks so much! We decided to go for it in the end so in the dreaded 2ww now. Yes the 12 day scan is good but to be honest for the amount we’re paying I’d expect it 😂 How are things with you? X

😂 yeah I suppose you would.

Things with me aren’t too bad, thanks for asking. We are going to try again in September I’m a bit scared / nervous but I think the longer I leave it the worse it will be! Not seeing the clinic till November as they’ve said they can just leave me to it for a couple of cycles now as they know my dose of clinic works.

Hope you get some good news. X

Yes it’s good that you know your body is responding to the Clomid. We know mine is too but still waiting for that positive test... next test date is later this week but not getting my hopes up (partly due to three failed rounds already and partly self-defence mechanism kicking in I think...) At least we have a date pencilled in to get started on IVF if next couple of rounds don’t work and clinic seem to think our chances will be fairly good with that but in another way it seems so final (and expensive...!) Fingers crossed things happen over the next couple of months... All the best to you when you start again in September x

Only 3 follicles. Is there hope?

Having a bit of a crappy day. Had my first progress scan for my first round of IVF today and only 3...

One large follicle - day 5 of stims

had it tested in a while. Going through 1st round of IVF on day 5 of stimulation 450 menopur.

antral follicle scan shows 11 follicles on day 4...but one is really large (19mm)!

So I had an antral follicle scan today which is day 4 of my cycle. I have 5 follicles on right...

Only 3 follicles on day 8

today I had my ultrasound and it showed I only have 3 follicles 12 mm and 8mm my doctor increased...

Is follicle count of 3 bad?

Thoughts on 'It Starts With The Egg'?

Devastating end to my pregnancy

Anyone get pregnant first time with IVF?