Help with a school issue..: My daughter currently has... - ERIC

My daughter currently has chronic constipation and has to wear a nappy constantly. She is 6 years old and her school have said they can't keep changing her as it takes two members of staff to change her. She needs changing two times in the morning and then she is to afraid to ask anymore times. The headteacher has said she will either have to start at 10.30 or we go in to change her both times. I work from home and my husband works full time. So now i have to drop her to school at 8.30 then go back at 9.30 then go back home and then back at 11 then back home and then back to pick her up at 3pm. Are they allowed to do that or should they be changing her? 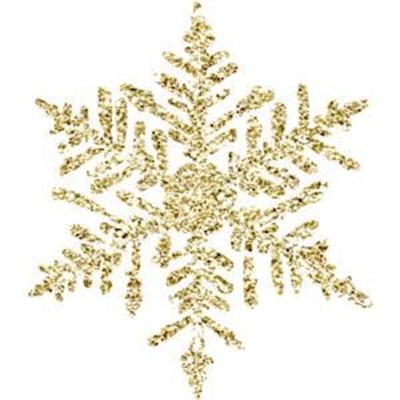 ClareKnight
To view profiles and participate in discussions please or .
16 Replies
•

They are not allowed to do this and you need to get an intimate health care plan in place. Have a look at the Eric website there is plenty of information and resources about this on there.

Sorry for the 💩 you've been through under the disability and equality act no child can be denied an education whether they're incontinent, toilet trained or not. Honestly threaten them that you'll be raising it with the council and they'll soon change there tune

As stated, they should be changing her otherwise the school are failing to meet her needs.

Having you go into the school is probably in breach of all sorts of covid laws too.

I'm confused about there excuse about 2 people needed to change a nappy, that sounds like there just making excuses.

The changing intervals too, so 1 nappy she's only got on for an hour, the next an hour and a half, then the 3rd one lasts the rest of the day?

Is your daughter peg fed at night and that causes soiling in the morning?

Is she getting assistance getting her nappy off and on to use the toilet?

She is to afraid to ask to be changed in the afternoon, I feel they have made her out to be an inconvenience. She said that she goes to the toilet for a wee by herself and if there is poo in the nappy she just pulls it back up. She has to ask to be changed.

StellaA in reply to ClareKnight

If she's able to go the the loo and wee, and she can pull her nappy up and down she might be ready to use pullups independently.

Then she can change herself rather than feeling like she's being a hassle.

Try to make it as easy as possible for her with clothes and shoes she can easily get on and off herself, although the school should have someone there to assist and supervise her at all times.

Is there any reason you have her in nappies and not pullups?

She is unable to clean all of the poo off her bum as its completely caked on. She can not physically feel or have any feeling of going to poo and will only know its in there if its on her skin and irritating her. She is fine going to wee on the toilet like normal and she wipes herself like normal but when she has sat on the toilet poo will sometimes drop in the toilet and she didn't even know. The reason we put nappies on at that time was because it saved the teachers having to take all of her shoes off etc but now they have said pull ups which i think is better as its easier when she needs a wee.

StellaA in reply to ClareKnight

Ok reason I asked is our school have effectively banned nappies this term.

If a child has continence issues they want them sent in pullups/nappy pants, grey joggers or dress, skirt, trousers or shorts with no buttons or zips, no tights either and slip on shoes.

There aim is to promote maximum independence in toileting for kids who are struggling with it.

You should let her get more practice getting herself cleaned up,

Can she not recognise the smell when she's soiled her nappy?

Im going to explain it in a not very nice way .. think of nutella all over her bum cheeks dried hard. She does wipe herself the best she can which we have been helping her do. but she can not see where it all is. Ive asked her and the teachers whether they can smell it because i can and they said they can't im wondering if its because they are in a big class of probably lots of children passing wind

They can't do this, its not practical and its not legal. They have a duty of care. As people have said a Health Care Plan should be drawn up with help of continence nurses if they are involved. The way they have made her feel is dreadful. Neglect really. Can you imagine if a parent did that?

I know, because it’s not already bad enough for her. We’ve just had a call from the school nurse who has drawn up a healthcare plan and they will be changing her once she has tried to do it herself. So this is a step in right direction!

We have one (continence and drinking, includes prompts to change, drink and what meds he is on) called an Individual Health Care Plan.

Also I would try a disimpaction at home and get her meds reviewed. Soiling means she is constipated. If you do a full disimpaction and get the meds right following in from the disimpaction the soiling will stop or reduce to being able to use a pad.

ClareKnight in reply to Robinia

We have done two disimpactions, she’s been on movicol, lactulose, senna, dolculate the lot. She has now been referred to a paediatrician.

Robinia in reply to ClareKnight

That’s good. Hopefully it’s a paediatrician with some understanding of the bowel. Ask for a transit study. My son has had severe problems and now uses qufora balloon system. Also on very high meds. It took a long time to get the rehome right for him. He was in nappies age 9 😢 good luck xxxx

are you in the US? if so she is protected under IDEA and here in the US, it's illegal to do that the school has to provide the least restrictive learning environment possible. this would include having a teaching assistant take her to the bathroom and change her as her needs arise as well as scheduled toileting times

I haven't any experience with this myself, but just wanted to say that I'm sorry that your daughter has been made to scared to ask to be changed poor thing! So not fair, and it does sound like there is some sort of disability discrimination going on there and I hope you can get some sort of care plan in place for her.

If pull ups are an option, how about she has a bunch of spares with her and some baby wipes? Every time she goes for a wee, she goes over her bum with some baby wipes just to try and keep clean and then change her pull up if she needs too? Even if it's not a completely thorough job, she can be checked and cleaned again once she's home if needed? Perhaps practising that little routine at home first to see how she gets on will help. The school could assist by allowing her to go to the toilet every hour or so, so if she has had an accident, hopefully it's caught before it's too dry and sore for her to deal with properly.

Obviously I don't understand the extent of the situation and whether this is possible, just wanted to suggest

in October) and school are amazing! She is changed every 90 minutes. She comes home with bags of wet

happen as she was able to make a bolt for the school door (she comes home at lunch time). She tells...

currently change dry nights pull ups 2/3 times a night or if she is trying without one then lift...

knickers. She's at school and so often I pick her up and she smells awful, I'm worried about other...

a 5 year old in reception who has be suffering from chronic constipation for a year we are on...