Do cysts hurt when you walk? I've just walked somewhere and all the way back my right bottom side of my stomach hurt. Could this be cysts? I've seen 4 GPS in last 10 days who have said it's definitely not my appendix 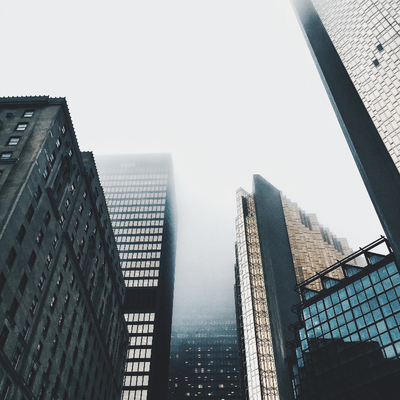 Dozzer06
To view profiles and participate in discussions please or .
29 Replies
•

Hi I had cysts but they never hurt when I walked. I did have right hand sided pain, horrendous pain at time with a very bloated stomach x

That sounds sore. Have you said to your doctor? When I mentioned my pain and bloating she sent me for a scan x

Did your scan show cysts

It was a chocolate cyst and it was right sided pain which would come and go. It disappeared on its own after a while as I was given a second scan x

Did it cause u any problems before a period due

I get a dull ache from cysts.I asked a specialist if they can hurt and was told they can normal ones and endo ones can be painful it's what lead me to contact a g.p about pain on my ovaries turns out it was a normal cyst that put pressure on it

Hi I had cysts removed a few years back(back again and waiting for surgery to remove them and endo Monday) before I had op as far as I was aware I just had cysts but when they opened me up the found the endo. I had something called frozen pelvis which means some of your organs are fused together with the endo as it sticks things together that basically shouldn't be stuck. I believe this is sometimes the pain felt if you suffer from endo and you get this problem, as you walk everything inside should be free to move about but if fused together it cant move freely and this causes the pain obviously the cysts will cause it too. Hope you feel better soon xx

I have a 7cm Endo cyst and I’m not sure if that’s the only reason but I’m in agony every day and I also have all my uterus and bowels fused together. I’m not eating as I feel so sick, vomiting and the pain is unbearable. I’ve been to A&E and the doctors but just prescribe me pain killers. I’m on tramadol but nearly takes the edge off. I can’t take anything else as I’m supposed to be starting IVF in a few months. I have no idea what to do

I'm on tramadol too for pain. My cysts a few years back were on both ovaries and biggest was 9cm. At the moment they appear to again be on both ovaries but around 4 to 5cm. I also have swollen tubes apparently and although its all jargon to me some organs are where they shouldn't be etc or close to where they shouldn't be or something like that I get a bit overwhelmed with it all. I am suppose to be having surgery April/May and currently only had 1 of 3 injections but got a call out the blue last night saying I'm having surgery Mon. Considering they want to give me full hysterectomy which they've only decided in last few weeks its all very daunting as not much time to let it sink in. I totally understand your worry especially with the ivf etc I have to always think whats meant for us wont pass us by. I know its a scary time I really do I feel it too but try to stay positive it will get better its a hard slog and everything seemed to be going so slow but now its super speed for me and I pray it all comes together for you too xxx

I hope your surgery goes well and thank you for the support!

I just need to find something that helps with the pain as even two tramadol doesn’t touch it. I’m ok during the day but the night time is excruciating. They’ve said to go back on the Prostrap but on that I’m in a different kind of agony but all the time. And will delay ivf. I’m sure I’ll find some solution, just hope it’s soon.

Oh dear, is a hysterectomy your only option? They’ve offered it to me, after ivf but it’d be pointless because most of my pain is from the fact that everything is stuck to my bowels. I’d still have that without a womb 😏

Consultant is new cause had my last op private i had my scan this time private but surgery will be nhs she thinks from my scan and history its best but think she wants to do another mri then see what she thinks when she goes in. I've said to do it if needed. I have to have colorectal surgeon too as mine affecting bowels . Its hard isn't it if I wanted more kids id be devastated but as I don't think just want my quality of life. Would be so upset if still had issues after hysto but suppose with oestrogen not there to feed it would be better x

Ah ok, sounds like ours is quite similar. I think I might have to go private because now they know I have cysts, they’re just blaming that for the pain but before surgery I’d only be affected during my time of the month, now it’s every day. I totally get wanting a better quality of life! I hope that the level of Endo doesn’t prevent me having kids. I’ve had to get my head around a lot the last 12 months. Fingers crossed for you for April/may surgery. This year is flying by

Hi Dozzer06, I think I also have another cyst as get more irritation than pain when I walk since around Christmas. I'm waiting on a scan appointment, but right now, obviously everything is taking ages. I get irritation in my lower back, right side, right buttock, and tingling down my leg (some days I've not even walked). Sometimes I have pain deep in my pelvis but its not constant.

I had a large chocolate cyst and left ovary removed 6 years ago, but that had more of an aching sensation. I also have frozen pelvis (as someone mentioned) and severe endo. Also have weird sensations and feeling of pressure some days, which is so hard to explain to a Dr! But its not normal to me. Have you got a scan booked? It's horrible when you don't know whats wrong - I know I worry constantly which doesn't help.

Hiya! Some of the symptoms your experiencing I'm experiencing too!I get stabbing pain in my right side of stomach really low down and it can go from that to a dull ache. Ive noticied that my lower right side of the back aches too and it can go down my right thigh. I'm hoping it's nothing sinister and just a cyst that can be removed. I have a scan booked for 9th March so hopefully know more then. I'm actually worried sick keep worrying xxxx

I get pain when I walk, for about 6 days around ovulation, agonising on ovulation day. Awful to go from standing to sitting - feels like a hot rod is being shoved deep in my side. Predominantly painful on my right but sometimes left.

I had a transvaginal scan when I was ovulating last month. I was getting the usual pains but there were no cysts.

Apart from that, I get general cramping for about 25 out of all the days in the month.

Do you have any diagnosis at all? Have you had a laparoscopy? Adhesions possibly?

Lots to think about & important to get a proper diagnosis & appropriate treatment.

Hiya! I had a laparpscopy in 2017 so it could possibly be adhesions the pain can go from a low stabbing pain till a dull ache. Yesterday was a bad day for me all I did was cry because the pain was that bad. I've constantly got my got water bottle on me..I'm hoping it's just a cyst and it can be removed because obviously it can't stay in there if it's causing this much pain. I had an internal examination a few weeks ago and I was told my cervix felt "jagged" and it felt like there was a polyp hanging down from It. I've no idea what pain this is just hope it goes soon

😔 All the best. My thoughts & prayers are with you xx

hows it going with everything you find your cause of pain

Hey there, I know it was mentioned above but thought I would chime in if I'm welcome! I have two cysts on either ovary, and I also sometimes get the pain you mention, not all the time but sometimes. Like others, I get bloating too - but sometimes it can just feel like random stabbing pains (sometimes they lead to my bellybutton, its so strange!). I've had a few scans which show that my ovaries are stuck to the back of my uterus, and my doctors are convinced this is where most of my pain stems from rather then the cysts. Do you have any sticking/fusing do you know? I'm sure your scan will reveal it.

Hiya! I've actually no idea, I had a laparoscopy in 2017 and I had endo removed from my cervix in 2018. Some of the symptoms your experiencing I'm getting too. It makes me so scared that it's my appendix but I've been told of numerous doctors that it isn't. If it is a cyst I'm going to ask them to remove it via laparoscopy and see what they say. I spoke with a doctor yesterday who said they couldn't expedite the scan but has prescribed me tramadol to take the edge off. I hope this pain goes soon as it's so bloody painful all I did yesterday was cry because the pain was that bad.

does a ultrasound show this if stuff is stuck together

Sciatica/nerve pain when walking - what do I do next?

periods and brown spotting. I can’t walk without being in pain in my back and down my leg. I’ve...

When do you get pain?

Hi I am just wondering when you get pain. My \\"main\\" pain start well before period start....

Hurts when I pee?

Just wondering if anyone else gets this? My period is due and well it hurts like hell when I...
•
11 Replies

Endo cyst on ovary when pregnant

showed everything healthy but with a small cyst on my right ovary, has any one else experienced...

hemorrhagic cyst? Does anyone suffer with these? 😔

I have suffered with cysts on & off for about 20 years. Aparently they're hemorrhagic cysts, that...