Dizziness with ME: Has anyone else had problems with... - EDMESH 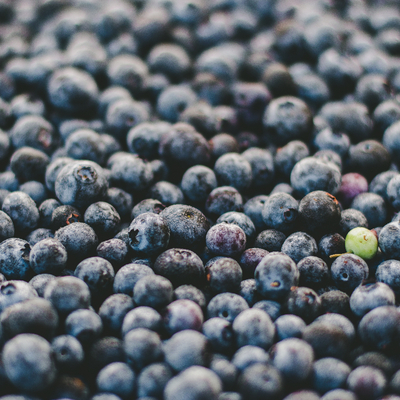 Amandakins
To view profiles and participate in discussions please or .
8 Replies
•

Oh my God this is so crazy this is the first time where I've heard somebody word for word describe what I've been going through as well it's horrible and debilitating I've been like practically home come down for almost seven months now I'm on antidepressants as well to try to help it I don't see any difference but we both have to fight and try whatever to get better I even got CBD oil so I'm going to start that.

I too suffer from dizziness daily,like you have to constantly lie or at least sit down, have given up trying to explain to people that either cannot or refuse to try to understand.

The head pressure is the thing that I find so frightening as it takes away all control and I cant think or speak properly during that.

I know the vibrating thing you mean,I researched it a while back and its thought to be something to do with the vagus nerve,but dont quote me because ideas change all the time.

Just putting things down to M.E. Is not helpful,get your gp to explain and record it on your phone,if your like me that conversation will be long gone before you get home,it sucks!

Could it be - Labyrinthitis, an inner ear disorder. (The two vestibular nerves in your inner ear send your brain information about your spatial navigation and balance control. When one of these nerves becomes inflamed, it creates a condition known as labyrinthitis). Symptoms include Dizziness, nausea, and loss of hearing.

Yes me too! I have daily vertigo along with the ME. I have been to ENT and they think it’s Ménière’s disease.its a struggle to get through the day. I thought I was the only one with these symptoms but it seems not. I also get vibrations internally as though y mobile is on silent. Drives me mad. I have now stopped working because I feel too ill. I have seen a neurologist who did a brain MRI but nothing showed. It’s very scary isn’t it?

Hi, I know what you mean being unable to stay upright without horrid symptoms. I've read stuff about POTS, apparently lot of m.e sufferers get this, if you Google you can find the pots website. The situation with GPS and others is very disheartening. Wish everyone would watch unrest the documentary about m.e and see what we have to endure! Best wishes x

I agree with Jinnksycat it sounds very much like pots .also that a lot of doctors are very under educated regarding many common conditions. demand a referral to a proper pots clinic if your doctor refuses change gp or practice.

Hiya. My daughter as CFS and suffers badly from dizziness also, but this is apparently due to crystals in her ears. Maybe get that checked out. Hope this helps

I had POTS early days. POTS is a separate condition to ME/CFS, but commonly occurs alongside it.

The good news is it's somewhat treatable.

Test a doctor or nurse can do:

My heart rate would jump 20-30 beats over the space of 10 minutes (it was _very_ hard to stand up that long at the time). My blood pressure didn't change as much as some, but did go down.

My feet also used to go blue when I'd been stood up for a few minutes.

Either of those physical signs might help convince a doctor that _something_ isn't right.

From reading around at the time, the theory is that because our autonomous nervous system isn't working properly, our body doesn't know it's standing up. Usually when we stand up the capillaries in our legs contract to push blood into to our upper body and brain. If our nervous system doesn't trigger that response, the blood pools in our legs and we don't have enough blood in our brain, hence dizziness, and the heart pumping faster to keep the brain oxygenated.

I think there's something about POTS in this video: youtube.com/watch?v=m7mRYNQ...

Things I did around the time my POTS improved that might have helped:

- Increasing salt and fluid intake- encourages our body to create more blood, increasing blood volume, and leaving more blood in our upper body when we stand up. Need to keep an eye on blood pressure, because increased salt can dangerously increase blood pressure, although that's not happened to me at all.

- Buying a heart rate monitoring watch and lying down whenever my heart rate goes above 90 beats a minute or so. The accuracy of those things is all over the place. The FitBit Alta HR was the most accurate I found, but it's annoying it doesn't have a heart rate alarm. I compared it to Apple Watch and Garmin Vivosmart, against measurements taken from an Omron M7 monitor and manual measurement. The Vivosmart in particular was all over the place.

- Keeping my legs moving to prevent them deconditioning if possible. Better muscle tone in the legs keeps pressure on. When I couldn't walk, I'd tense and relax them in bed. Now I can walk, I take 5-10 minute walks, keeping an eye on my heart rate all the time to make sure it stays low, and resting for 20 minutes when I stop.

- Going on a beta blocker. I take atenolol, because it's much less toxic to mitochondria than other beta blockers and there's evidence that our mitochondria are already struggling in ME/CFS.

I don't get the vibrating body thing, but I do get a lot of muscle twitch. No idea what's going on there- it's incredibly annoying.

my GP about this? Because I struggle a lot. I also feel like I'd be embarrassed in a wheelchair,...

IS IT JUST ME.

really tired for a week Is this my life now. I feel useless i am only 52 and I have always been the

noticed my rate is very high even At rest Does anyone else find this who suffers with me/cfs any...

Has anyone tried long term antibiotics for cfs me and/or Fibro? They worked for me and I was in bad

What is wrong with me?

then putting them back down on the floor, I had a dizzy spell and had to just hold on to the...