There is a rapidly increasing epidemic of type 2 diabetes in India and other Asian countries. The thrifty genotype and the thrifty phenotype are two nonexclusive explanations. People in the Indian subcontinent have faced undernutrition for many generations, and Indian babies are among the smallest in the world. However, the diabetes epidemic is of recent origin, and diabetes is more common among urban than rural Indians despite the higher birth weight of urban babies. This suggests that postnatal factors must also contribute. Thus, a life-course model of evolution of insulin resistance and type 2 diabetes, incorporating fetal, postnatal and adult components, seems most appropriate. For a given BMI, Indians have a higher percentage of body fat and more visceral fat than members of other populations. 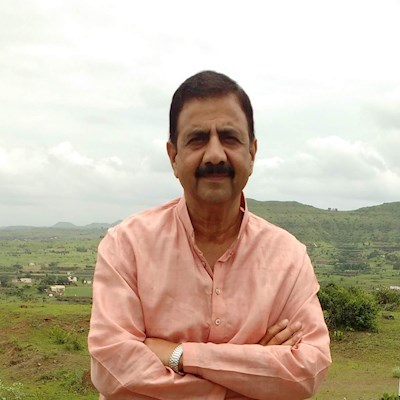 cure
Administrator
To view profiles and participate in discussions please or .
Read more about...
16 Replies
•

"This suggests that postnatal factors must also contribute. Thus, a life-course model of evolution of insulin resistance and type 2 diabetes, incorporating fetal, postnatal and adult components, seems most appropriate"

The above statement is not clear.Can the administrators elaborate what they mean

This means we are still trying to understand the cause of insulin resistance and D2...

suramoStar in reply to cure

Has that anything to do with high carb vegetarian diet ? It's said that wheat is not our original food. Wheat had been brought from outside. Our staple food is millets etc.

Yes, as per some recent naturopaths. They very much say that millets were and the best food of ours in India. only when later the Rice was added by the then rich people. Even then, but also due to hard working life styles and culturally very traditional polishing of rice, was some what better instead of mechanically polished WHITESET rice. WHICH IS THE CULPRINT AND SEDENTARY LIFE STYLE. Whatever, all discussed argued, debated, and what not...ultimately this is the reason for diabetes.

Now there is some craze going on for millets, and now the low income people not getting millets due to price hike.

No. Most millets are around 70% carbs.

but guess millets are not GMO grains....

I think main GMO crops are corn and soya.

Millets are not GMO.

even wheat is GMO.... and guess what??? even Long wheat which we get at present is also GMO

Long wheat which we get at present is also GMO

AFAIK wheat and rice is not GMO Commercially). Only natural and artificial hybridization.

Full genetic mapping of wheat is not yet done.

look at the process how they modify the height of wheat plant...by bombarding it with some gamma rays...

does Gm make a millet low carb or high carb."

the basic mechanisms which lead to type 2 diabetes. Too much fat within liver and pancreas prevents...

full-blown diabetes 2, but \\\"only\\\" have insulin resistance? Or how were you diagnosed with...

What causes Insulin resistance? Is it Insulin injections, Diabetes tablets or Diabetes itself?

HbA1c cut off in newly diagnosed diabetic in north and south India is found to be ≥ 5.8%...

Wound healing in the hyperbaricameral