Melatonin or not?: Is melatonin good or bad... - Cure Parkinson's

Is melatonin good or bad for pwps? I’m reading conflicting reports. Thanks 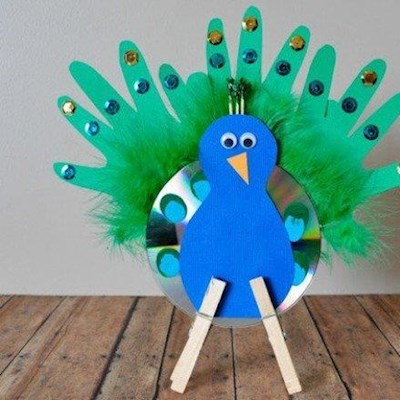 Kt088
To view profiles and participate in discussions please or .
Read more about...
25 Replies
•

Best person to take guidance from is chartist

Tough question Kt088. I don't think anybody knows. The only evidence I have seen is this article "Treatment of isolated REM sleep behavior disorder using melatonin as a chronobiotic." onlinelibrary.wiley.com/doi... (which is not technically about PD).

On the other hand, search this site for Melatonin. Lots of theoretical reasons to believe that Melatonin COULD be part of a solution. Or maybe not.

I have not been diagnosed with PD. I have RBD. I'm trying to reset my clock.

On the other hand I have not seen any PwP/melatonin studies that used melatonin at any dose to ill effect.

Melatonin checks many of the desired boxes of what a treatment should do to ameliorate the deficits caused by PD.

Excellent links Art! It is so hard to keep track.

All 3 links look good, but I especially liked the third one: "In conclusion, melatonin administration was effective in reducing the levels of oxidative stress markers and restoring the rate of complex I activity and respiratory control ratio without modifying membrane fluidity. This suggests that melatonin could play a role in the treatment of PD."

chartist in reply to Bolt_Upright

What I am waiting for is a 250 mg/night study in PwP as they have already done in two human type 2 diabetes studies to good effect. I may die waiting, but I'm always watching for it.

Boscoejean in reply to chartist

my husband was given a protocol to take at night to reduce GERD which involves B6, tryptophan, methionine, methylfolate, and melatonin and it seems to have been effective

chartist in reply to Boscoejean

That is an interesting combination. I'm glad it worked for him.

I’ve been reading up on this as I take melatonin every night and have for the past year and have found articles saying that melatonin, despite its positives, can lower dopamine levels as much as 50% when taking it long term. The experts are saying that short term use is fine and I have noticed since I have been taking it I seem to be having more trouble during the day so I stopped for a few weeks and feel so much better now. I know sleep is hard for us PWPs but I can’t afford to feel lousy every day because I want to get better sleep so I’m just going to have to figure out what else I can do to help with sleeping. All I can say is to do the research and decide whether you want to take it or not. Hope this helps.

I can only give this as guidance, if you have sleep apnea I would not take it. I was diagnosed with moderate sleep apnea and during my sleep study i stopped breathing 200+ times, my Dr. said that with me taking Melatonine I risked not starting breathing again.

As you could guess I have stopped taking it.

Absolutely, I was taking 10mg a night.

Wow. Good intel. Given how prevalent sleep apnea is in PD, and how frequently it goes undiagnosed, this is a pretty significant issue.

chartist in reply to SAGoodman

One of my PD friends has sleep apnea and has taken melatonin at 10 mg as a sleep aid every night with great results. When he first started melatonin, he told me that he felt tired the next day for about the first two weeks, but that went away and he feels well rested the next day. He asked his neurologist if it was okay to take 10 mg of melatonin as used effectively in the 2020 study in PwP and his neurologist said it was fine.

My friend will not be without it now and he is even considering giving it to his dog to try and get him off of a medication that he has to give him everyday for anxiety. The vet told him it works in some dogs and is worth a try because he said the long term effects of the dog's antianxiety medication can be a problem for his dog down the road.

My friend told me that the melatonin helps him to get to sleep and sleep through the night until his dog wakes him up to go outside in the morning. He said that the PwP/melatonin study convinced him to give it a try and he is glad he did and glad that I showed him the study so he could show it to his neurologist. He told me that he no longer lays awake at night waiting to fall asleep. He said once his head hits the pillow, he falls asleep in about 3 minutes. He said the benefits reported in the study are just a bonus to him as the improved sleep is what he really appreciates! I know that not everyone gets the sleep benefit, but for those that do, melatonin seems to be worth the extra effort and the study results are a good reason to at least consider it!

SAGoodman in reply to chartist

Art I never did get past the grogginess throughout the day, even 6 weeks later. I know everyone is affected different. I was only taking it to aid in the BBB and help my levidopa levels.

chartist in reply to SAGoodman

High-dose melatonin increases Glutathione.That is why I use it.

Do your own research on NAC for Covid

Melatonin causes vivid (strange) dreams and sluggishness the next morning. Also, their is a tendency for " Loss of response to melatonin treatment" so melatonin effictiveness may vary from person to person. Loss of response in a drug is called tachyphylaxis.

Loss of response to melatonin treatment is associated with slow melatonin metabolism academia.edu/24364486/Loss_...

So your response to melatonin may differ from others and the only way to know its effect(s) is to try it yourself on a trial period. Personally, I do not like feeling groggy the next morning so I do not take it.

Hm. I’ve been taking melatonin for a few years now every night. My guess is it’s not helping me sleep, although it may be keeping my RBD (not severe) under control. Maybe I’ll trial a break and see if my daytime energy improves…

Art, can you see a benefit to melatonin breaks if daytime sluggishness is an issue?

chartist in reply to rebtar

Yes, it would be worth taking a break from melatonin to see if your daytime energy level increases. However, after years of taking it, if it is what is causing your daytime tiredness, you will likely not be able to use melatonin in an oral form. With some people, of which I am one, the daytime sleepy feeling stopped after 2 or 3 weeks, so I have been able to test any dose up to 180 mg/night. I was on 106+ mg/night for a full year and have been on 120 mg+ for over 2 months now with no daytime sleepiness. ]

Here is a link to a study where they used 50 mg/day of melatonin in PwP :

In this study, they showed that 50 mg/day melatonin for 3 months returned oxidative stress levels to similar levels seen in healthy controls. Here is an important quote from the study and it is worth clicking on the study to see the graphs associated with this quote, which are quite impressive.

Another major issue in PD is mitochondrial dysfunction likely due to the elevated reactive oxygen species (ROS) levels seen in people with PD. These elevated ROS levels damage the mitochondria and reduce ATP production. This can ultimately lead to cell damage and or death.

Here is another important quote from this study :

>>> ' Intervention with daily supplementation of 50 mg of melatonin, for three months, resulted in a significant reduction of oxidative stress markers. These data are according to the reported previously [6] and were paralleled with significant increases of catalase, complex I activity, and respiratory control ratio. In consonance, previous data showed that melatonin increases the levels of reduced glutathione [33], decreases malondialdehyde levels, and stimulates gene expression of important antioxidant enzymes such as superoxide dismutase, complex I, and catalase [34, 35] in rat models of PD. In addition, melatonin prevents cardiolipin loss and oxidation which avoids mitochondrial membrane permeabilization induced by reactive oxygen species and other factors [36]. Reduced glutathione levels are increased by melatonin action, and glutathione also contributes to maintain the correct mitochondrial redox status and the integrity of the mitochondrial membranes [37]. Melatonin also has anti-inflammatory effects by diminishing cyclooxygenase type 2 activity in PD patients [6] and in MPTP-induced PD in mice [38]. Additionally, melatonin lowers the activation of inducible nitric oxide synthase, a well-known pathological marker of neuroinflammation [39, 40], and also decreases protein lipase A2, lipoxygenase, and cytokine activities owing to its antioxidant actions [41]. Therefore, nitrosative stress and inflammation are diminished by the action of melatonin. ' <<<

rebtar in reply to chartist

Beautiful reply. Thanks. I'll take a break to see if I feel more energetic. If it makes no difference, I titrate up to 50mg per day. The tiredness may have more to do with having a rough year (spinal issues and broken shoulder, coupled with poor sleep much of the year...

chartist in reply to rebtar

If you are able to increase your melatonin dose, you should probably be aware that melatonin has shown activity related to ameliorating disc degeneration and is also helpful in fighting osteopenia and osteoporosis.

rebtar in reply to chartist

Melatonin is THE master antioxidant and precursor to glutathione. You absolutely need it.

PS: Melatonin can be taken as a rectal suppository if you get psychoactive effects from it.

I've been taking around 157 mg of melatonin daily. Just for the health benefits. My question is....

demonstrate that supplementation with Magnesium-melatonin-vitamin B complex for 3 months has a...