Mucuna dosage question : I am into my sixth... - Cure Parkinson's

I am into my sixth year of PD. Up until now, I have avoided taking any PD drugs, relying entirely on supplements, in particular high dose B1.

I found this bit of information online.

“Each capsule contains 350 mg of extract of the Mucuna pruriens seed in a concentration of 15%, which is 50 mg of natural levodopa (equivalent to the synthetic levodopa in half a tablet of Sinemet Plus or one fifth of Sinemet 250). “

Any feedback is appreciated. 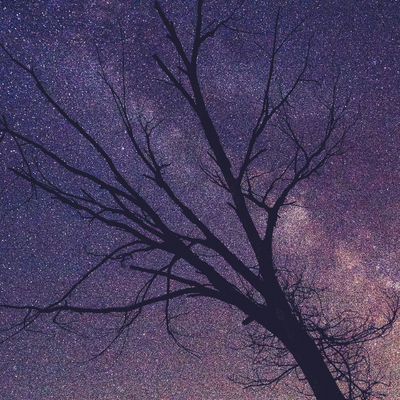 Vt11
To view profiles and participate in discussions please or .
Read more about...
17 Replies
•

I suggest you get a prescription for pharmaceutical grade c/l from a neurologist (typically a 100 mg tablet take three times a day).

Mucuna doesn't have the decarboxylase inhibitor that you find in the pharmaceuticals like sinemet which means that you cannot make a direct comparison. As a result the levodopa in mucuna has roughly a quarter of the potency of sinemet. So, to achieve equivalence to 100/25 sinemet (the base dosage) you'd require around 400mg of mucuna-sourced levodopa (8 tablets each dose). It's easier to achieve that with an extract along the lines of Barlowe's 40% extract. That's difficult to source here in Australia, much easier in the US and it still leaves you with a much higher blood plasma level of levodopa than it's sinemet-type alternative which could be problematical. To be honest I wish a pharmaceutical company would consider production of a mucuna 40% extract in combination with a decarboxylase inhibitor, I suspect it could become the gold standard treatment but whether there's profit in it is questionable.

PDsux_10 in reply to puretone

Hi, The Barlowes I have for my husband says ea capsule is 600mg. Does your comment mean 8 capsules of barlowes is equal to one100/25 rx tablet? Just trying to understand the dosage. Thanks Mel

puretone in reply to PDsux_10

I was referring to the Now and Piping Rock brands which are only 15% levodopa. I think the Barlowe's is 40% extract which means one 600mg capsule contains 240mg levodopa, if you take into account it's lesser potency due to lack of the decarboxylase inhibitors carbidopa or benserazide then you arrive at a comparative dosage of around 50-60mg per capsule. If your husband takes two 40% extract caps that should equate pretty closely to one 100mg tablet of sinemet or madopar.

PDsux_10 in reply to puretone

Oh ok that's great info, thank you. I did ask the Dr once if you could get carpidopa by itself and he told me not available here sadly.Cheers

Not available in most places. Not in Ireland either but green tea does the job of carbidopa.

Hi, Yeah he drinks it with green tea, but no matter what theses days the drugs seem to bring on dystonia sadly😞

Mucuna by itself might make you feel nauseous as it doesn’t have the carbidopa.

Hi Vt11,My experience with mucuna is quite different. I'm happy to give you details but long story short, I was taking tiny doses initially without effect. After researching published studies I learned that mucuna pruriens powder was used effectively and safely used for PwP at much larger doses. They reported it worked well for symptom relief but was definitely more challenging for the group to take the multiple large doses than taking a pill.

So I experimented on myself, gradually increasing my dose until I found what worked for me. I now take quite a bit, and do not have side effects as others have noted. I purchase organic whole bean powder from reputable companies and mix it into a small glass of water or almond milk. I take 5 doses daily of 1 tbsp each, when I first started it I took 2 doses. For me it works as well as the C/L, which I reluctantly started nearly 3 years ago and does cause side effects. I hope my reply takes away some of your fear of taking too much, but I highly recommend doing your research, taking it slow and listening to your body.

Vt11 in reply to PDFree

Thank you for this response. This is the kind of information I was looking for.

PDFree in reply to Vt11

Mucuna alone did little for me so I combine mucuna capsules with c/l for the decarboxylase inhibitor and it has been solid for me even at a high daily amount (nearly 2g mucuna + c/l ) w/out much dyskinesia as I progress.

I am assuming you take it for the levodopa, but you are also taking c/l .

I think I had read that mucuna might have some ingredient/properties that might help avoid dyskinesia. That had to do with the whole plant if I remember, where I only take the seed extract in capsule form.

Always a fan of a more natural option if one exists. Having more sources in general is comforting to me. Have had issues with a generic drug, inert fillers and such which was not pleasant

Also, when hurricanes take out Puerto Rico, as with Maria, 2017, it knocked out US pharma for a while.

Hi. I am taking alternate doses of madopar 3x 50/12.5 twice a day and mucuna extract from British supplements. It says 99%levodopa which is 353 mg levodopa per capsule. As mucuna doesnt have either carbidopa or bensezaride to cross the blood brain barrier my neurologist recommended to take it with green tea. He also prescribed the madopar. So i take the madopar in the morn. Then mucuna at midday madopar in the evening and mucuna before sleep. The mucuna works better than the madopar for me. Its one of the few mucuna that i find effective. I sleep quite ok, from 12 to 7.30 am. Only prob i have is my evening dose that often fails me. I also dance 5 rithms, do chi kung and walk to african or bollywood drums🙂. Bowen therapy has helped...Still learning

to three capsules in the morning, followed by 350 milligrams of Barlow's brown powder mucuna over...

Is it OK to take Mucuna ALONG WITH Sinemet?

dad back off/down Carbidopa-Levodopa in order to use the Mucuna Pruriens I ordered for him and am...