AMANTADINE FOR DYSKINESIA. HAVE YOU AN EX... - Cure Parkinson's

I might consider this drug for Dyskinesia, if it gets too severe. My MDS is a little reluctant to prescribe it, because he says it may cause insomnia. Nevertheless, is this drug working for your dyskinesia? How long before it started working for you? My doctor said it could take 4 to 8 weeks. Any alternative idea to counter dyskinesia or prevent it, apart from DBS would be welcome. Thanks in advance. 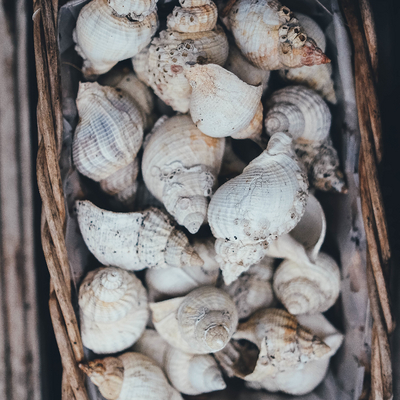 OREOLU
To view profiles and participate in discussions please or .
Read more about...
17 Replies
•

For several years I took 100 mg of Amantadine and I don't think it did that much to help the dyskinesia, but now I take Gocovri, which I've been told it's basically an expensive high 137 mgdose of Amantadine ( per capsule) and I take 2 capsules at bedtime and I've slept better than I have in a long time. The Gocovri works very well for dyskinesia.

Thanks for your response laglag. I will bring up Gocovri with my doctor.

After reading eschneid 's response I would start out with 100 mg to see how it affects you and then talk to your Neuro about taking 2 if 1 doesn't work. Gocovri is expensive and if what I heard is true, Gocovri is basically Amantadine.

On amantadine 2,/ 3 months I believe and it gets rid of my dyskinesia which was mild. I take 100 mg, sleep the same and have no side effects from it. Neuro says I can take 2 of the 100 mg pills but I only need one at this time.

I take Amantadine 100mg twice a day. It doesn’t affect my sleep if I take it before 2 or 3pm. I’ve also found that drinking lots of water and eating lots of veggies makes for much less dyskinesia.

Thanks for your response.

Ingredients. Both Gocovri and Osmolex ER contain the same active drug: amantadine. This drug belongs to a class of medications called anti-Parkinson's agents.Jul 20, 2020

ryzlot in reply to Cagey84

Cagey84 in reply to ryzlot

GOCOVRI® is (amantadine) extended release capsules and here is a PD study using this drug:

"In summary, ADS‐5102 was generally well tolerated and resulted in significant and dose‐dependent improvements in LID in PD patients."

sharoncrayn in reply to silvestrov

This drug (amantadine) has been discussed multiple times on HU. It is somewhat different than Gocovri ER.

Basically Gocovri has a different encapsulation and much different strength (68.5 or 137 mgs.) versus amantadine (an old anti-viral) at 100 mgs. Amantadine is inexpensive (about $25 per month) retail in US; Gocovri is extremely expensive (nor covered by Medicare, but is by some private plans) and has no generic equivalent as of August, 2021.

Both can easily cause adverse side effects. Most individuals in my 2 support groups who have used amantadine stop using amantadine at 2 -3 doses per day due to the AEs or declining efficacy (which is somewhat understandable at some point in their progression). 100 mgs./day seems to provide relief only to about 50% of those who never went above that amount. Definitely hit or miss.

Both drugs are supposedly better for dyskinesia than for tremors.

Thanks to sharoncrayn, and everyone else that responded to my questions. Lol.

does it effect your ability to drive? I have been on c/l and baclofen since October and have no problems driving. Amantadine has been recommended to me because of mild dyskinesia. I have read that it lowers blood pressure and causes people to randomly fall asleep.??? and more prone to falls. Also have you found anything to eliminate tremors? Thanks for your help.

ARE YOU A NON TREMOR DOMINANT PD PATIENT WITH DYSKINESIA? IF SO, PLEASE HELP.

(8am,12noon,4pm and 8pm). My MDS thinks it is motor fluctuations, caused by uneven plasma level of...

DYSKINESIA! DO YOU HAVE IT? IF SO, WHEN DO YOU GET IT AND HOW LONG DOES IT LAST? HOW DO YOU TREAT OR PREVENT IT? PLEASE HELP.

journey. May God almighty continue to bless you and answer your prayers. As regards dyskinesia, if...

HAVE YOU EXPERIENCED THE NEW INHALER DRUG \"INBRIJA\"?

thus reducing wearing off dyskinesia/dystonia. Have you used this new drug before, or still using it

PLEASE HELP! ARE YOU ON RYTARY AND YOUR MEDICATION SOMETIMES DOES NOT \" KICK IN\" IN THE MORNINGS?

release medication designed to work up to 3hours or more, on the long run leading to motor...