Questions for Graduates: Just a couple of... - Couch to 5K

Just a couple of questions for those that have graduated:

1. How long did it take you from graduating from 30 minute runs to reach 5k and how did you do it (Did you add a couple of minutes extra per week or just go for it)?

2. Now you have graduated, how often do you now run and what time or distance ? 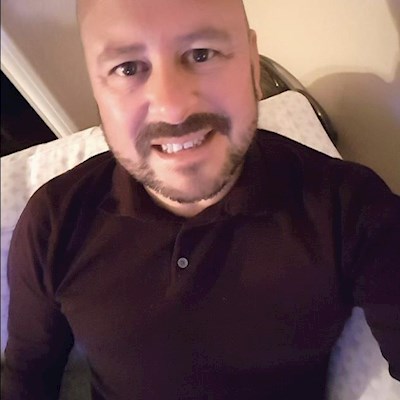 Grandadmike
Graduate
To view profiles and participate in discussions please or .
19 Replies
•

It took about 6 weeks of adding a little extra time to one run a week. Ran it in 45 mins the first time. Was thrilled with that! Now running it once a week only. Time is now 43 ish mins! Other two runs are 30 mins of either hills or some intervals.

Not sure about 10k yet. Maybe when 5k feels comfortable! First park run next weekend. I think I'll stick to 5ish k over the winter and then push on in the spring. I'm not in a rush! 😃😃👟👟

A lot of people on here seem to be able to get 5K on there 30 min run but it takes me 45 mins as we are all different. I personally did an extra 3 mins one week and then an extra 5 mins and the third week I managed the 5K. Today I started a training plan from the Realfoodieclub which is from this site which is bridge to 10K and you can choose a plan to suit your ability. Happy to have found it as I was struggling to increase my distance, hope this helps.x

1. To my amazement the first time I ran after graduation last January I covered 5.3k in 30 minutes! I continued running 30 minutes 3 times a week and the times tumbled to the point where I am seeing 6k in under 30 mins and I've logged a sub 23 minute 5k.

3. After graduation 10k seemed impossible, but a few weeks later I had built my distance up with each run and was soon at the 10k mark. My first 10k cme in at just under 60 mins, but I have knocked almost 12 minutes off that

I would like to aim to do a half marathon at some point, but I am not ready yet.

GrandadmikeGraduate in reply to MikeJones68

Wow all of those stats are incredible. Well done !

Thanks Mike. I have to admit I have surprised myself. Really enjoy running now and can't imagine not doing it 😊

I ran 5k a few days after graduating in July. Did a few more 5ks to consolidate, then started the Magic Number 10k plan, which was very good.

My weekly schedule now is the same as the final week of the Magic Number Plan - a 10k, a 4k and a 5k.

Have you read the guide to post C25K running? healthunlocked.com/couchto5... it explains the recommended methods for increasing distance.

Most folks doing this do not run 5K in 30 minutes after nine weeks. I di it in Week 9 because foolishly, I thought I had to...my happy ace for 5K is 35 minutes.. three years on

Many folk on the forums have never run 5K in 30 minutes...many of them are Marathon and Half Marathon runners

When you have Graduated with 30 minute runs.. consolidation follows.... lots more runs.. different distances and routes etc... then maybe think about C25K + podcasts... they build on the process that C25K has begun...

I run three times a week.. a short.. along and a much longer run...

Then maybe if 10K is the goal.. you follow the 10% rule..follow the link given by IannodaTruffe ..

Thank you Oldfloss for that reassuring comment - I was almost panicking about 5k in 30 mins. Lol. As a 60+ I am trying my hardest. Just finished week three and have managed to add an extra 5 mins at the end of run 2 & 3 so hoping week 5 will be ok.

Irish-John did a survey a while ago.. so stop worrying..Just relax and keep it steady..follow the plan..know you are ready for each and every run..😉

Thanks for posting these questions. I only graduated last week and I am curious to read the replies.

2. My plan is to keep running 3 x week. With one short ‘fast’ 20 min run doing intervals, one ‘normal’ pace 20 min run and on Sundays I have a whole hour to play with, so I am increasing my running time by a minute each week till I get to an hour. This will gradually increase my distance but I have heard it will also help increase my 5k speed.

3. I’m not aiming for 10k but plan to spend the winter bedding in my 3 x week running habit and trying to increase my 5k speed. I’m not sure I will ever run 5k in 30 mins and I’m okay with that but would be happy to get it below 40 mins.

I found the C25k program was so useful as you are able to see the progress you make with each run and I worried I would miss this. I now have a wee notebook and I record all my runs including time and distance and how I was feeling. Hopefully I will still see small gains in speed/distance as the weeks go by.

I am in my mid sixties. It took me about 5 runs after completing couch to 5k to build up to running 5k. I had a sneaking feeling that my iPhone was overstating distance covered so my graduation present of a running watch came as a mixed blessing!! Don’t push it would be my thought. I have done a 35.17 5k now, but I don’t set out to break my own records every time I run.

I run 3 times per week and I am slowly building up distance. I have printed off Ju-Ju’s plan for moving from 5k to 10k and will follow it, but will do so steadily and keep an eye on average heart rates and give attention to general fitness. I swim and walk and am not overweight but I think, based on what others on forum have said, some gym work will be needed to strengthen muscles and increase stamina. Bottom line, I would enjoy what you have achieved(which is the big prize, you are now a regular runner), decide over a period how far you want to take things and treat every bit of progress as a huge success. I will try hard to follow my own advice too!!

As everyone else says, each runner is different, just do what feels right for you. I’m planning to aim for 3 runs a week just as the C25K routine and consolidate for a few weeks, mix up routes/paths etc. and just find my running legs for a bit.

I would like to try Parkrun at some point when I feel confident enough and perhaps need to find a local run buddy at a similar stage as me so we can spur each other on.

I would like to increase my distance over time but am not in any particular hurry and am not looking to hit 10k necessarily, just to up my fitness levels and see where it leads me but I think @ 4 weeks of consolidation would be a good foundation to build on and see where it takes me from there.

What stage are you at and do you have any plans?

I am a more...ahem...mature runner so there was no chance of achieving the awesome stats that some of the young uns chalk up! It took 2 or 3 weeks after graduation before i attempted a 5k. At that time it took me about 42mins. Since then i have been hanging around the 5k bike sheds consolidating and now run a 5k in 38/39 mins depending on how i’m feeling. I did think that i would try longer distances, but decided to wait until 5k felt a bit easier - the hot weather this summer wiped me out so winter might help! I tend to run every two days, sometimes every other day - depending on what life throws at me....

I completed C25K in July and have worked on increasing the time spent running rather than the distance achieved. I can now run for 40 minutes without a problem and I have just started to regularly do 5K within that time frame. I am not sure if I will ever get to 5K in 30 minutes but it does not bother me. My goal is time spent running rather than distance but I know that as my stamina improves so will the distances.... I try and run 3 - 4 times per week.

Great post, great replies, I wondered about this too and have learnt a bit from responses, I am approaching week 9 and am nowhere near 30 mins.

1. It took me longer than 9weeks to graduate as I had surgery after week 8 and had to start again. But by my graduation I was just able to do 5k in 35 minutes.

2.currently I’m running 10k plus but I did a lot of consolidation at 5k before building up the distance.

3. I’m currently training for a half marathon, so ran 15km today, but my legs are pretty achey now.

I ran 30 minutes twice a week and then one run growing in time by 10% until I reached 5k. Was about 43 mins so roughly a month after graduating.

I’m now down to between 33 and 36 mins for 5k which I do twice a week plus another (usually longer) run which was building up to my first 10k in 1 hour 18 a few weeks ago.

Like others I’m amazed at what I’ve achieved and can’t imagine not running. I had never run at all before Couch to 5k.

In week 9 I managed 6K in 32 minutes which I was very pleased with. I'm still running 3 times a week for 30 minutes but I'm now including quite a few hills so my distances vary. I'm now looking to increase to 10K and in the process of putting together a programme to achieve this. My ultimate goal is to run the Sheffield half marathon next April.

Just wondering if those of you who have already graduated and doing consolidation runs still walk...

I have just completed W9r3 and would like to receive my graduation badge. So the first question is...

A question for the graduates

is the first run you do without the C25K trainer in your ear a weird feeling? Did you find your...

A question for graduates...

time you completed week 9 run 3, were you able to run 5k in the 30 mins you had trained to run for?