I graduated a fair time ago now, and tend to run between 5 - 10k two or three times a week. I am trying to lose some weight and up my fitness and now that I am used to that sort of exercise is it still necessary to stick to resting the day after each run?

I'm not going to go mad, and have stuck religiously to Laura's advice so far.. But lots of people run every day don't they? 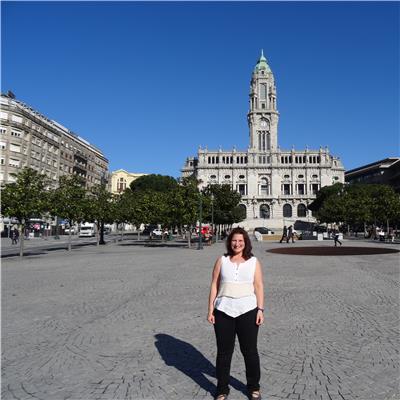 happyharris
Graduate
To view profiles and participate in discussions please or .
12 Replies
•

You could try it and see how your body copes. From what I've read, some experts suggest you can run consecutive days after you've been running for one year, but others say six months. You could start by trying 4 runs a week, with an 'Easy run' following a Tempo running session. I'd say still leave a rest day either side of a long run and or speed intervals run.

If you're running for weight-loss, you've probably found it's not as simple as run more, lose weight. You can help yourself on your journey to becoming lean runner with a bit of know how.

Try one of these sessions for maximum calorie burn (and fun!) - goo.gl/Oul15G

And read up on our top tips here - goo.gl/cX90VN

I personally wouldn't risk running every day as I don't think my body would take it! You could try other aerobic exercise like cycling or swimming. These are easier on the joints and in fact are said to complement running so that your runs become easier!

Funnily enough I am canoeing tomorrow, and yes I may try cycling too - good idea!xx

Swanscot's advice is sound. I too have been thinking of running an extra day per week but have decided against it for the time being. I have been running for a year and the passion is still strong. I do a long run ( or Parkrun) on Saturdays but only another couple of 5ks per week, which means I am forced to have two consecutive rest days at some point or another. I considered reducing my 5k, initially to 3.5k, which works well with my route, and just do that three times during the week, to ease my way in. On balance I have decided that I still need to improve my core strength further before upping the runs. Injury risk is obviously increased as you increase your running time and I don't want to risk it just yet. I would say ease yourself in gently and give yourself a good break from running every few months.

I agree, thanks for the reply

I upped it to 4 days a week but the wheel soon came off my cunning plan as I found out I was nowhere near fit enough. If you think you are fit enough then try an extra day.

No, I personally don't know anyone who runs every day.

How long since you graduated?x

I graduated last september and am now running 4-5 times a week, between 5-10 km. It is no problem if you build up slowly and listen to your body. Some running sites recommend adding not more than 10% of your current daily or weekly kilometres in one go. I generally have a rest day after a longer run but even 3 consecutive 5k runs seem ok. However, from the advice on this blog, everyone is different, so test an increase in kms very gently to see what works for you.

It'll be a while - if ever- that I go back to running four times a week. I was a wreck! It's what you enjoy that's important. If you are hating it then it becomes a chore and you'll stop doing it.

I graduated 22.11.13. Did Stepping Stones C25k + podcasts and then to Sami Murphy Bridge to 10 k podcasts, which I loved. I did stutter at those on week 4 but kept going until I nailed it. I use the Stepping Stones and Sami podcasts regularly to keep mixing things u

Advice from graduates please on pace

minutes on my exercise bike at home on rest days including 10 minutes with 1kg weights for those...

I’ve just ran my 3rd consolidation run. My past few runs I’ve had problems with my left shin- it’s...

never seem to recover after each run, I have never stretched but religiously do my 5 min warm up/...

repeating the 5k run every other day with the aim of getting faster or should I try to run further?...