From the cancer network, home of the Oncology Journal

You can read the article at:

PDF download also available no frills in this. Treatments outlined may not be UK accepted standards or available. I have posted it as it came into my inbox, I found the article educational and the CLL information,understandable, we read about future tests to identify mutations that may direct treatment but these are not covered in this as I guess this reviews data from studies when these were not in use in the research? Any thoughts? 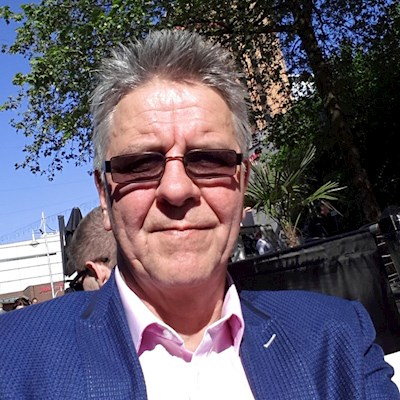 HAIRBEAR_UK
Founder Admin
To view profiles and participate in discussions please or .
Read more about...
15 Replies
•

Definitely worth a read and probably worth pinning?

I agree, I have a strange 'deja vu' about the article, and it has a feeling of being about 2 or 3 years old... perhaps it is an updated version of a previous article.

It certainly does not diminish its excellent quality. Very readable as well...

Now pinned. I agree about the 'deja vu' feel and apparent age, but it is still very relevant to most of this community that aren't able to access newer tests and treatments.

Many of their articles appear as PDF files, so I hope this one will also. It isn't a primer on CLL, but for more knowledgeable patients, it would perhaps be a touchstone or reference...

Reading the parent Cancer Network article it would appear you are correct this may be an existing article that has been recently updated.

Hmmm that was an interesting article. I do however think there are some conflicting views in particular when they discuss causes. In this article the statement made was :

There is no documented association of CLL with exposure to radiation, alkylating agents, or known leukemogenic chemicals. However, exposure to some chemicals used in agriculture may increase the risk of developing CLL.

However during my research looking at Military Wartime Mustard Gas which I have had exposure to in clearing up old sites when on Bomb Disposal, I came across a data sheet published by the Centres for Disease Control & Prevention (CDC) which has buried deep down on the data sheet within the long term implications section, the following:

birth defects. Chronic or repeated exposure to sulfur mustard may cause genotoxicity. cdc.gov/niosh/ershdb/Emerge...

so is there a link or not, I am currently in the middle of a claim with MoD for this reason and am waiting for a medical interview before they make their decision. I am aware that the chemical (modified) is used successfully to this day in the treatment of cancers and some of the symptoms experienced by those under treatment are listed in the exposure effects (loss of taste and smell amongst others) and it is known to reduce white blood cell counts but it is the chronic or long term exposure that seems to reverse this and I consider myself to have had chronic exposure.

I believe that the Veterans organisation in the USA has agreed that ' Agent Orange ' is a likely cause of CLL and thus Vietnam Vets can obtain certain privileges.

The solvent Benzene is often discussed and some court cases occurred in the USA, but I have not read of any scientific proof.

Additionally a New Zealand flight attendant, who appears on the ACOR list, has a legal claim that radiation due to her flying has caused her CLL. There is some research to back up her claim after a check on the atomic bomb testing army staff in Australia.

For myself I tend to believe that the MASSIVE magnetic/electrical fields that I was subjected to caused my CLL, But there is no scientific proof that I know of.

But in general there is little scientific proof of any other causation for CLL.

AussieNeilAdministrator in reply to Kwenda

I suspect that eventually we will find that those with certain genetic predispositions are much more likely to develop CLL in the presence of specific environmental triggers, including some viruses - just as has been shown to be the case for some other cancers and conditions. Given the current uncertainty with regard to what could cause CLL (with the possible exception of 'Agent Orange' exposure), I think it is fair to say that more than just exposure to benzene, radiation, etc, is necessary to cause CLL.

There was an investigation into high numbers of cancer cases in the workforce at a Semiconductor factory in Scotland.

I used to repair the broken quartz cases that came from that company. They had been used in the making of silicon chips and I had to cut, wash in acid, and repair the units by welding and glassblowing ... there was a taste in the air and in the tubing that we used to blow the glass back into shape. The glass tubes had been used to apply chemicals to the silicon chips.

I contacted the enquiry .. the answer I got was that leukaemia was not being linked to the factory ... but then again, the factory workers were not blowing into enclosed glass tubing after being heated to 1900 C and the contents evaporated ..... I'll never know for sure.

I used to work in a semiconductor factory, but not in the diffusion facility. There are certainly very deadly chemicals in use for doping within the quartz tubes that only relied on a positive pressure differential to ensure they didn't get into the room. Back then, the human nose was far more sensitive to some of the gases than detectors, so staff in the diffusion facility were trained on what to look out for and evacuate pronto if they smelt it.

.... smelt it ... tasted it ..... seen it - when I lit up the tubes for repair, there was a colour difference to the flame from the burners. We brought it up with the management, about what chemicals were being used etc ...nothing was forthcoming.

We had extractors above the lathes, but that was no good for the air trapped inside the tubing that I was blowing into ... and of course .... that was escaping back along the tube when I stopped - pressure differential.

Support for your theory that this is an updated article- even though it is dated Oct 15, 2013- one of the authors- Nicole Lamanna, MD is listed at the Department of Medicine/Leukemia Service, Memorial Sloan-Kettering Cancer Center

Dr. Lamanna moved to the opposite side of Manhattan ( New York City for our UK, AU & NZ readers) to Columbia Presbyterian earlier this year, so the byline is out of date.

Exposure to low doses of ionizing radiation over extended periods of time may raise the risk of chronic lymphocytic leukemia (CLL), as well as other types of leukemia, later in life, new research suggests. The findings are from a study of Ukrainian workers who were exposed to radiation while cleaning up the 1986 Chernobyl nuclear power plant accident.

This study was published a year ago...

yes it seems everything is very subjective, the consensus when they come back and say they don't think their chemicals or processes cause Leukaemia is to respond with proved it didn't cause or contribute to it.

my claim is based on exposure to a number of chemicals during my service, some now banned and known carcinogens and there being no history of any cancers of any kind in my family, something contributed to it but the most striking thing I remember is walking onto an ex chemical weapons site with people from Portion Down ( the UK chemical weapons boffins) and one of them saying "smell that? that's mustard gas, 20 years time we'll all have cancer" that was 17 years ago!

my 27 year old son was diagnosed with Chronic Lymphocytic Leukemia, His Doctor's told us he...

Should I Have Taken The Infusion Anyway