I had elevated enzymes 2 years ago and everything on my scans came back healthy. My bloods went back to normal and I’ve gotten in the best shape of my life. But recently I’ve noticed more spider veins appearing on my chest and torso. I have a blood test tomorrow, but I’m just down in the dumps while writing this. I’m not sure if this is a sign my liver has reverted back to trauma and I’m scared beyond belief. I took a blood test a year ago with my ALT at 31 and AST at 22. I’m I being crazy or is this a sign of something more?... 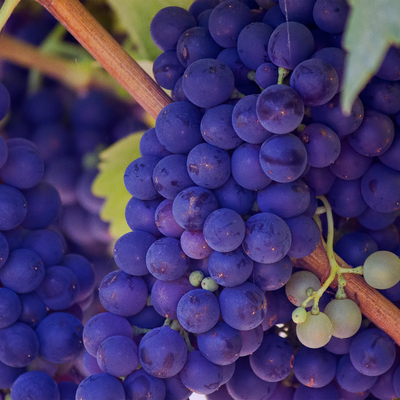 matthewjr
To view profiles and participate in discussions please or .
Read more about...
12 Replies
•

It’s strictly just a lab appointment. I have a physical with my GP next week. Just being a 34 M with spider veins on my chest is alarming. I wasn’t sure if any one had any insight or commonality on the issue.

Spider veins a.k.a. thread veins are nothing to do with liver issues and are very common.

The things that sometimes occur with liver issues are called spider naevi or spider angioma - these have a central red body with radiating legs like a spider and 10-15% of totally healthy people have these so they are not confirmatory of any sort of liver issue.

Sorry, but that is just plain wrong. Spider naevi can occur in otherwise healthy people, but can also be an indicator of underlying liver disease and should not be ignored. I had them all over my chest when my liver was under serious stress from Haemochromatosis. They were a key diagnostic marker.

Whilst spider naevi/angioma can help with a diagnosis of liver issues they are also seen in healthy persons (which is what I wrote) so nothing incorrect there.

The original poster though does not describe spider angioma he says spider veins which are also known as thread veins - he's previously described that he has them on his legs and feet.

I was pointing out the difference between the two so nothing that I wrote is 'plain wrong'.

My hubby with cirrhosis also has two spider angioma/naevi which are on the back of his shoulders.

You wrote - “Spider veins a.k.a. thread veins are nothing to do with liver issues and are very common.” I think that leaps to a conclusion that the poster does not have spider naevi and is merely describing them as a spider veins. The fact that they are on his torso and chest should not be ignored, they could well be naevi and the possibility shouldn’t be flippantly discounted. Unless you are a doctor, you should not be so dismissive of the possibilities.

He has written previous posts and included photographs of his spider veins/thread veins in his earlier posts this one is entitled "more spider veins appearing" therefore I am in effect continuing a discussion we've been having with this chap for a while.

chrisw740 in reply to Hdon

Katie's is saying ordinary spider veins are not a sign of liver disease and should NOT BE confused with spider naevi (which sometimes are) ... They are different: Spider naevi (angiomas) may resemble spider veins, EXCEPT they have a red spot at the center with reddish weblike extensions that radiate out from the central spot. Katie is correct in this and is reassuring Mathew who has become very anxious about liver disease based on the appearance of ordinary thread veins.

May I ask please, what blood test are you having. Is it a basic liver Function test, or a ELF (Enhanced Liver Fibrosis) test? I would have thought the ELF test would have been a better option if this test is available to you.

Have you had your iron levels checked? When I was diagnosed with Haemochromatosis (iron overload) I had spider naevi on my chest due to the stress the excess iron stores were placing on my liver. It’s a simple blood test to check it out.

I often get confused by what these are and if I have them, I have tiny pin prick type red dots in various places over my body, not raised not itchy and no veins coming from them? Does any one know what these are or if they are the start of spider naevi?

Hi I have just recently developed more veins around my rib cage I had them already in middle of chest, very confused like you I have cirrhosis, is it getting worse? U are not alone my freind...

Spider veins on chest and arms

consistently for months. After my blood test showed elevated AST ALT I quit drinking, had a...

Is This a Spider Nevi?

recent blood panel at my physical came back fine. I’m a 31/F that doesn’t usually drink more than...

Nash liver 18 months ago. I recently had a check up ultrasound showed slightly enlarged fatty...

possible to have spider nevi without a liver disease? Or it is always associated with liver...

has an occluded blood clot in the left portal vein which supply's one side of the liver....

10 Days Into Hospital Detox Once Again..