Hello! My name is Svetlana. I have been sick already for 7 month. It all started in April. I had pain in my upper right abdomen, felt extreme weakness, my hand started to shake. Since that time I started to lose weight, I lost 8 kg over 2 months, hair started to fall, and I felt constant fatigue. My first doctor visit was in April. It was private medical center.

Here in Russia they are wide spreaded. Gastroenterologist diagnosed me with pancreatitis and cholecystitis. She recommended to check my blood for parasites. When I made blood tests it came back positive, they found antiebodies to liver fluke. So I was hospitalized for the first time. In hospital they denied this diagnosed, but I didn't feel better, I continued experience pain in right upper abdomen, felt weakness and tiredness, and intoxicated. I told the doctor about my condition but she ignored me as my blood tests were normal. She also said that I should visit neurologist. I was discharged in 10 days.

A few days had passed. I found myself in another hospital . My relatives called on an ambulance because I was about to loose consciousness and felt intense pain in right upper abdomen. But in this hospital the story repeated. They diagnosed me with cholecystitis. My blood tests were normal. I have already written that I felt intoxicated and in the second hospital I started to have episodes of hepatic encephalopathy. I had episodes of desorientation, my speech was affected from time to time, it became slowed, slurred, monotonous. I also had hand's trembling.

My liver partially lost its ability to break down and eliminate estrogen and some thyroid hormons. Because of build up of estrogen I feel pain in my pelvis everyday because organ tissues are very sensitive to estrogen(( I am so scared and feel so hopeless. What is waiting for me ahead? Disease like endometriosis, fibrosis or even cancer. Estrogen now is always in high concentration in my blood. ((

That is also true for thyroid hormones. Due to high concentration of it in my blood I often have difficulties breathing.

I want to say that ultrasound and MRI are not always see the true picture of what is going on with your liver. In my case ultrasound revealed fatty liver and one simple cyst, MRI showed 4 liver cyst, elastograthy - fibrosis F1. So no signs of cirrhosis. But in fact I am having liver failure. And I know it progresses very fast.

I have read that in NAFLD it's common to have normal tests and the better method is biopsy. But here in Russia doctors are not going to prescribe me biopsy because of normal blood tests. I am devastated((( 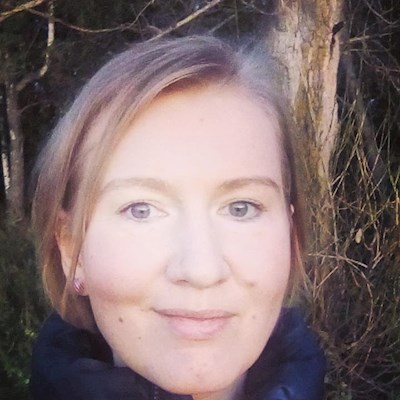 svetla-na
To view profiles and participate in discussions please or .
Read more about...
9 Replies
•

I really feel for you. I know what yoursn, scans etc not picking everything up. Biopsy diagnosed me with Nash. Please take care. Love and hugs Lynne xxxx

Thank you for reply. Can you tell me what are your symptoms? I think there is more than nash in my case. I suppose that in April when I started feel sick, it was kind of necrosis, one week prior I took antibiotics and other antiinflammatory pills. I think so because soon I started to have episodes of hepatic encephalopathy. In most cases of cirrhosis it takes time to get encephalopathy, but with necrosis it is common to develop it fast. I also have to say that I feel when my blood affected with toxins, and when it is not. Liver is damaged in some parts more when in other..

Dealing with doctors can be frustrating at times, but you've got to try and keep on good terms with them if you can. In the mean time, there may be things you can do on your own to help your liver recover.

Choline is the liver's favorite nutrient, and eggs are rich in Lecithin (phosphatidylcholine), which is the best form of choline for the liver. The lecithin is in the yolk. Lecithin can help thin bile and improve bile flow, and lecithin is also a "lipotropic", which helps the liver metabolize, relocate and deal with fats. No need to go overboard, but a couple of eggs 2 or 3 times a week shouldn't hurt, and might be worth trying.

Vitamin-E has also been getting a lot of attention as possibly helpful with fatty liver. Always best to run any supplement you are considering past your doc before you buy or try, but you might do some research on this and ask your doc if it might be safe for you to try this. Low doses of natural form Vitamin-E are best.

Hepatic encephalopathy is usually treated with laxatives, particularly if bowel regularity is a problem, but you've got to be careful to use a non-toxic formula. "Lactulose" is what is usually prescribed for those with liver issues, & this is available over the counter in some countries. If you can't get lactulose, a magnesium formula (milk of magnesia) or even magnesium citrate might be a non-toxic alternative if you suspect HE, & have been having any trouble with constipation.

Again, it's best to ask your doc before you try treating yourself, but there's no question bowel regularity is the key to controlling hepatic encephalopathy if this is in fact what's going on. More is not better, but whenever HE is suspected, you should try to insure you're having at least one bowel movement per day.

Keep pestering those doc's and hopefully you'll get some better help soon.

Met - just to say I was told by QE hospital in Birmingham, transplant specialist hospital 😀 that since I frequently suffered with HE the I needed 3 to 4 bowel movemts a day!!🤭

In the end after several monrhs lactulose lost its efficacy for me and, whilst I still took lactulose 4 times a day,i was give bottles of liquid enemas to self administer. That was fun!

All the best svetla and you Met

Those liquid enemas..... are you sure your using them correctly and not swallowing them?

Sorry to read you're feeling so crappy. It might be worth asking for a fibroscan as it can often pick up liver damage when other tests come back clear although an ultrasound should easily confirm cirrhosis.

Thank you. The fibrosis evaluates only the stiffness of the liver. It doesn't show the functionality of liver cells. I made . There is type of cirrhosis which is called micronodular. It is hard to detect it. As nodulars are to small to visualize.

of ICU now in a ward being treated for hepatic encephalopathy and completely confused and paranoid.

Since september I had pain in my pelvic, due to inability of liver to eliminate estrogen . It...

When I did go my liver test were normal but, I know from research it is hurting because it is...