Hello I wonder if anyone can help.

My husband has recently had variceal banding x 4 after he had flu and through constant coughing was vomiting blood.

We have yet to receive a follow up appointment at the hospital and he is on several medications for blood pressure and gastric acid reduction.

He says he is in constant pain, regularly gets hiccuping blunts in excess of 24 hrs and has a reduced / non existent appetite.

Is this normal after these procedures, does anyone have any recommendations to help alleviate these symptoms as he regularly feels faint. 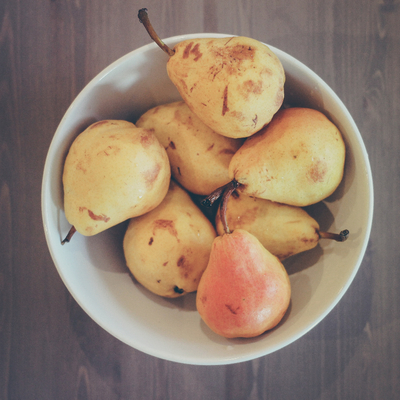 Janus271
To view profiles and participate in discussions please or .
6 Replies
•

How long ago did he have his banding?

It is normal for the first week or so to have some pain especially when eating and a soft diet is very much required although even this can be very painfull as it passes the banding site. For the first day or so it is normal to burp or pass wind a lot as they pump air into the oesophagus and stomach to inflate them to allow better vision and banding to take place.

If this pain has been going on for longer than 7 days you/he probably need to get in touch with the endoscopy department at the hospital in case there is a banding related stricture having occurred or the gas hasn't released properly from his tummy. Both can be issues after banding. As regards the feeling faint, I wonder if the beta blockers are too much for him. My hubby was only ever given carvedilol for a fortnight or so (by a locum), liver unit doctor took him off them saying they were no good following a bleed (my hubby initially presented with 7 burst varices).

Chase up the follow up appointment as you need this issue investigated quite quickly or as I say re-contact endoscopy department for clarification.

My hubby has had 42 varices banded so it's a procedure we both got to know very well.

Janus271 in reply to AyrshireK

Thank you for responding so quickly. He had the emergency procedure performed about 10 weeks ago but was given no advice or literature, so we are just trying to get through each day. I've chased up the appointment but it's still not for a couple of weeks. Just wondering if this was normal or whether I need to take him to hospital as it's been such a long time since he has felt (and looked) well.

AyrshireK in reply to Janus271

10 weeks is far too long to have been suffering like this. Symptoms could be those of an oesphageal stricture which needs looking into rather urgently.

I'm suprised having had a bleed they haven't had him in for another endoscopy within this time. My hubby had his first banding following his massive bleed on 24th April 2012 - on 22nd May 2012 he was back in and had more banding.

Something isn't right if your hubby is so sore and poorly after 10 weeks, I wouldn't be letting him go another fortnight without being checked out. Perhaps you should get emergency appointment with GP on Monday and see what they say, they may well contact consultant or send your hubby to hospital. A&E won't really expedite things over a weekend.

Best wishes & if there is anything else I can help with just ask.

Hi Janus, I have been going through varicela banding since August. The first day it’s very painful but the pain goes away and only hurst when swallowing. I a get very hungry due to the limited diet of liquids the first day and softly after that.

I don’t get dizzy and do not get hiccups; I get a procedure done every 6 weeks and each time is about 7 average.

I take a prescribed half dose of a medication to reduce the pressure in the portal vein; in order to prevent future emergency bursts.

Hello I've had 6 repaired, the blood pressure tablets made me faint along with spironolactone for astitis ( you've not mentioned anything about his liver so I'm assuming portal vein issues?) Seriously cut out the salt, which is nearly impossible considering every food stuffs have it ..make your food from scratch. .zero salt till it clears up no treats or your just starting over if he's got astitis cut the water intake down to a litre a day ..they let you have 1and a half in hospital but this i found to be my working amount. .Definitely chase up the dates but I'd not work yourself too much ,the bands are obviously working or he'd bleed and if he does he'll be seen immediately as an emergency ..it's a horrible feeling and he has my sympathies, you mentioned the flu at the same time, again I don't know his age but varices ,blood pressure at a guess late 50s?

Hope this helps as it's supposed to knowing others have been in the same boat is comforting for me, so I hope you can sleep a bit better

All the best B

I've had several of these procedures and never had pain lasting for 10 weeks (and I have had a severe bleed). I was put on spironolactone, but felt faint and unable to function properly, so I was taken off it. I am now on a very low dose to deal with the ascites. I also could not tolerate the full dose of beta blocker (carvedilol) and so am on half the dose of this they would usually prescribe as the maximum. I would get hubby checked out as Katie said by the GP, but I am well acquainted with my GP and have every confidence in them that they will refer me if they feel it is necessary. I didn't get a follow up appointment for months after my bleed, so I wouldn't wait for that. Good luck. Sorry I can't offer help on how to relieve the pain etc. All the very best

2 months then once a day after that. My questions are, is 2 banded varices a bad thing? I know it’s...

Just curious, does anyone have varices and portal hypertension? I have had banding done on 4...

just wanted some feed back on anyone who has Varices and had them banded . I only found out last...

that seen me said he could barely see a varices , no banding required nothing to worry about just...
•
18 Replies

had esophageal varices banding done countless times in the past 3yrs. I had some varices rupture...