Can someone explain liver failure to me? - British Liver Trust

Just to clarify, my understanding of the generic term of component failure, is that it fails, it stops working, it is broke, it no longer functions.

Now, if your liver stops working, you die. You can't live/function without a working liver.

Now, I've been in hospital for liver failure, three years ago. I am obviously still alive and kicking, and also leading a fairly normal life, albeit on medication. So, should there be a better description and what does it technically mean?

PS I am UK based and would like a UK definition 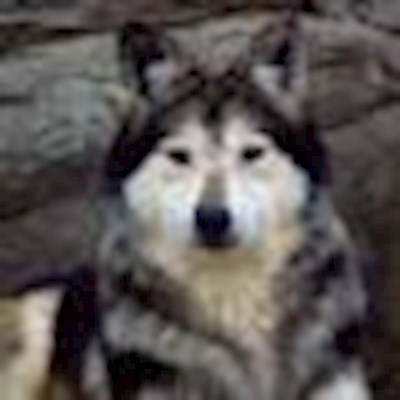 RHGB
To view profiles and participate in discussions please or .
24 Replies
•

Liver failure is a de-generative condition and can take years for it to take hold and for liver to stop functioning. In some cases it can even be reversed. if it can't be reversed then over time symptoms will worsen and then the only solution is transplant. I hope that helps you clear things up ☺

I'm no medic but I understand liver failure as the point at which the livers fails to be able to do ALL of the jobs it's supposed to. When you consider you can have a liver that is 80% cirhotic and yet still able to perform all of its jobs. So I think liver failure doesn't mean it's not working, just that it isn't doing all that it should. Without a liver working to some degree I don't believe you'd last more than days.

Non-function is a better descriptive term for complete failure. I had primary graft non-function as an example, and was basically dying. I agree that a lot of these terms are ambiguous at best, and telling someone they have "liver failure", without qualifying it, is a hell of a thing to do.

'and telling someone they have "liver failure", without qualifying it, is a hell of a thing to do'

They didn't actually tell me. I went into to hospital (didn't know why at the time) for liver failure and a brain haemorrhage.

It was only a year after leaving hospital that I ordered my hospital records and read the words 'liver failure'. I can still remember to this day, the cold sweat I broke out into when reading it.

To be honest, it's a mine field and to get the very best answer, you need to speak to a specialist as it all depends on the extent of your liver damage. Hope you find the answers you are looking for.

Quite a good page of explanation at :- webmd.boots.com/digestive-d...

Kidney failure is defined as eGFR <15. eGFR is the rate estimated by creatinine clearance at which kidneys filter your blood. So eGFR <15 is more or less 15% of kidney function left. At this point most people become symptomatic and start preparing for dialysis or trasplant.

I fathom that is similar to what happens with liver failure. If the liver is unable to fulfill its duties in a sufficient way, you are technically in liver failure. It is a question of definition, probably. Doctors will have tables with parameters of liver functions (coagulation factors, toxine clearance, protein production etc.) by means of which they define liver failure.

Then there is a disctinction between acute/fulminant and chronic failure, I have heard somewhere. Acute liver failure would be what happens with mushroom poisoning. The liver gives up its ghost within days. Maybe chronic liver failure is Child C?

Good question! I do get confused myself. My lft function is ok but then I'm stage f4 fibrosis with mild hepatic encephalopathy and now after a dexa scan I am on 2 types of vitD and now big calcium tablets called Alcatel. I am to see my dr next week so hoping he will clear up some questions.

Hello everyone 2 years ago I was told I was end stage liver disease-terminal with 6-9 months to live... but I am still here ... ok I now have hepatic encephalopathy, osteoporosis ,ataxia and have the TIPPS fitted! Last lot of bloods all within range so hepatologist said fine come back in 6 months!! Go figure xx

Thats good news for you and for us all.....how do they control your HE? Did it become worse after having TIPPS fitted? All the best

HE is controlled in UK with Lactolose (blergh) basically clears out the toxins but do not stray far from toilet. I take Laxido which is a stool softener.ok !! And prescribed Rifaxamin which is basically life long antibiotic it's big drain on NHS though a month supply is £2000.no joke and my health authority won't let my GP issue it as it's a "red flag" drug no it's not dangerous or anything it's due to its cost. !!

Personally I would seriously weigh up pro/con of TIPPS. But hey x

I'm not sure if the rifaxamin situation is different in Scotland, we have devolved health service power up here, but I was on it before I had my transplant. It was never an issue to get it prescribed, though the cost of it did make me feel uneasy. However, with ITU costing upwards of two grand a night, perhaps it's felt the cost benefit is worth it. I only had one ITU admission for encephalopathy, and was put on the red horse pills immediately after..

Thank you to everyone who replied, I will do some individual replies later. The one general thing I have picked up from the replies and is the same for me is, no one wrote, 'this is how my gastro explained it to me'. My experience of medical staff is, trying to get information and explanations out of them is like pulling hen#s teeth.

'this is how my gastro explained it to me'.

Sort of an oxymoron, gastro and explanation. At least, my hep is not very talkative. Might tell you the hour, though.

I went to my hep and said FFS refer me to someone who can remove my gallbladder. He said I dunno I know what you and anaesthesia are like (yeah I had one reaction) I don't know if I'm prepared to take risk... eh??? It's not his decision!!!

I am looked after by a hep and a nephro, and it gives me the impression that the whole nephro department has a more positive outlook on life and disease.. Definitely. Not so somber.

I sometimes think it is because the hep department cannot offer dialysis as sort of a life-boat. From my frog perspective that is, of course.

Your a frog?? Sorry I meant French..

'come back in six month' is one of the nicest things one can hear from the hep.

Well my dad was told by his regular doctor that he had less than 5% of his liver functioning. He passed 4 months later from it (alcoholic cirrhosis ESLD). I don't know though because 4 years before that he was told he had a year to live if he continued to drink. And he did continue and he did live (4 more years as opposed to 1). But I will say the difference in the end was all the symptoms - my dad had every single end stage liver disease symptom and the last mos were a physical decline in front of our eyes so that was a difference. Between them just saying he will die one day to saying he will die soon.

Really sorry to hear that x

Thank you. I miss him so much.

If only it was that simple to explain, (not wishing to teach you how to suck eggs), but as you are aware the liver is responsible for carrying out about 500 different functions. Each of these are important if the body is to function normally. If one of these functions fails then this has a knock on effect and causes other conditions. Take for example the CRTC2 switch gene in the liver. If this becomes damaged or fails, then the liver may become insulin resistant which will then cause type 2 diabetes. A lot about the operations of the liver are still unknown It would therefore be hard to explain when a liver is declared dead. I suspect that if it is no longer able to carry out a certain life sustaining function, then a transplant would most urgently be required. It might still be able to carry out over 200 different functions, but these might not be so important.

LFT results, can someone explain?

recommended me to stop drinking and see gp in 4 weeks for retest. This is fine, but what in real...

Can someone walk me through the steps I need to take regarding liver diagnosis?

symptoms of liver issues? The only concern I have is the yellow in the corner of my eyes but the...

Can he have liver failure already

ever a social drinker until 2010 when his mother died followed by my mother then 6months later my...

My doctor told me if I didn't stop I would go into liver failure...I'm not 28 days clean.