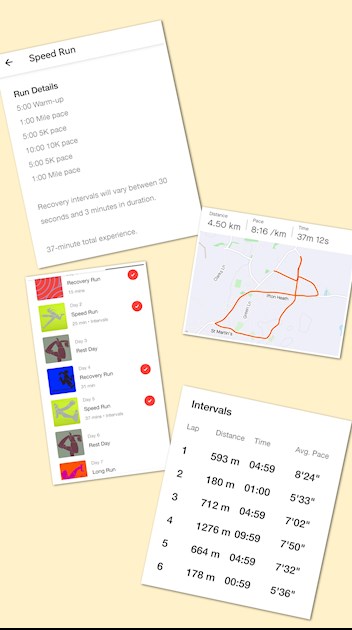 I had 2 runs left to complete in the current weeks plan .

And I couldn't decide which to do .

My mind was pretty much made up when I woke this morning, I was tired and hadn't slept very well .

I was out last night at the "Theatre 7" in Shrewsbury for a gig .

A friend had a spare ticket for "The Bob Dylan story" and asked me if I'd like to go.

Yes of course I thought ! 😁

It was a great tribute to the amazing songs of Bob Dylan, who incedently is touring the U.S right now at the age of 81.

So anyway, decision made , intervals run it is .

I'm still not feeling 100% these days and haven't felt my best now for a long time , I won't bore anyone with details and I don't know the answers myself yet anyway but some as yet undiagnosed issues which are certainly affecting my running and general well being and causing some concern so another reason I decided against the long run .

The run started with a 5 minute warm up run .

The intervals were as shown in the picture with varying recovery times .

But it was tough !

I will carry on with this plan but may slip in a "Shorter" long run when I do it as it was a while ago when I did the last 8 Mile one .

I plan on a lazy day now and will watch the F1 race later ! 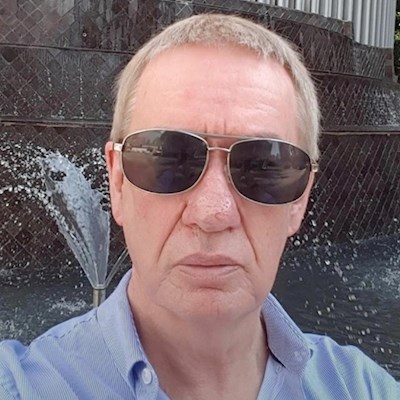 Instructor57
Administrator
To view profiles and participate in discussions please or .
8 Replies
•

Brave decision Instructor57 'intervals' scare me, I don't enjoy getting breathless, and worry about them. Maybe having a coach like CB onboard will be better.I know they are good for our running.

Sorry to hear you are not feeling so great though. Hugs and hope you get some answers and help soon. xx

Glad you had a good night out at the theatre gig.

Thank you for your comments and good wishes!They are appreciated! 🙏

As for the run , I used to feel exactly the same about intervals and speed runs to the point that I just never did them apart from the occasional Fartlek where I could make my own rules up 😁

But since starting this plan I just decided to embrace them and I certainly think they have helped me , and of course it's great when you finish them haha 😁

Well done on running after not a great night’s sleep, although pleased you enjoyed the gig! You’re becoming quite the interval expert 😊. I really hope you feel more like your old self soon too, our general well-being affects everything.

Instructor57Administrator in reply to Frenc

Thanks Kate !It was fun even though not feeling 100%

I’m looking so forward to all these kind of runs. I remember how much I enjoyed them last time!

So hope you had fun out there, despite the worries and concerns.

Hope your back is also going from strength to strength. And sending you lots of healing. ❤️‍🩹

Yes, I still enjoyed it thanks !And healing gratefully accepted 😁

That’s a pretty good intervals run, Ian. Well done! I had a careful check of your times (of course I did! 😃) and you paced yourself pretty well! Hope you are back on top form very soon 🤞👏👍

Instructor57Administrator in reply to Jools2020

Thanks Julia !I'm getting used to perceived effort pacing now after all these interval runs 😁

determined to run. I was thinking 10K would be good, so looked at the Nike Run Club guided runs and...

have been doing NRC runs lately to mix things up a bit and today was an Intervals run following the...

NRC intervals run . My last run was a recovery from a speed run . It was dry , bright and 7 degrees...

Sunday . So a Monday morning run was planned. I'm carrying on with my NRC runs and the next in line...

The NRC 'Another 5K Run'

my mix of runs the intention today was a steady 5k run so I decided on the NRC 'Another 5K Run' A...