Second Menopause?: Has anyone else gone through... - Bone Health

Has anyone else gone through what to all intents and purposes seems to be a second menopause? Did this have an effect on your bones i.e. a further large drop in density?

Before you think I’ve gone mad let me explain a bit. I went through menopause at 54 luckily with no real symptoms. Then in 2020, at 65, I had a large tumour attached to an ovary and a further tumour on my vein and artery in my groin. This necessitated a total hysterectomy and appendectomy, fortunately both tumours were benign. In 2021 I started to have weight gain (not experienced previously) which I’ve not been able to completely lose and some hot flashes. So I’m wondering if my ovaries were still producing some oestrogen until the operation.

Apart from continuing with my usual osteo-friendly diet, exercise and supplements the only other thing I have done is increase my non gmo soya intake for the oestrogen mimicking properties. I have a dexa due later this year which I am planning to follow up with a rems scan for comparison and see what happens from there. My last dexa was in 2020, before my operation, and I was holding steady in osteopaenia, obviously I’m hoping this may still be the case but I’m bracing myself for a significant drop. 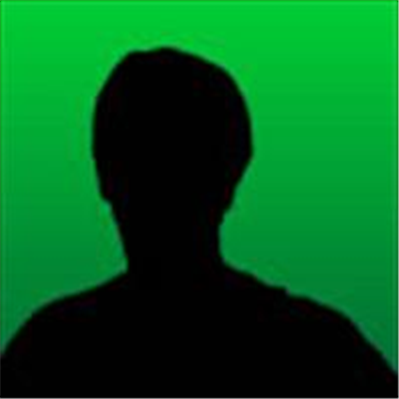 AnnieW55
To view profiles and participate in discussions please or .
Read more about...
11 Replies
•

No, I have never experienced that. I went through a freakishly early menopause. Although I didn’t know it I was peri-menopausal in my mid-20s and it was all over by my early 30s.

When you had the hysterectomy did you start HRT. That may help with your symptoms and it could potentially really help you BMD. Note, I did not do HRT but I’ve read several posts from other women saying HRT has helped them and their bones.

Also, doesn’t a total hysterectomy include the ovaries being removed? I was under the impression that when the ovaries are removed, regardless of where one is in terms of menopause, HRT is pretty much a given. Even after menopause, the ovaries can continue to produce estrogen so if they were removed during the hysterectomy that may be what is causing the issue.

Thanks for your reply. Yes, my ovaries were removed during the operation and no one mentioned HRT, I assume because of my age and distance from menopause. I also didn’t take HRT during my “first” menopause. Reasons being my symptoms weren’t at all debilitating and it was about the time of the negative news about HRT and I was ignorant of the impact menopause has on bone density. I have seen that the adrenals do provide some limited oestrogen hence, rightly or wrongly, taking the soya to give them a lift. I also think soya helped reduce the flashes first time around, although I may be wrong. I was really asking if anyone had gone through a similar thing as I wondered what had happened to their bone density - it’s something that only struck me a couple of months ago and I’ve not been able to find any information about it.

You might want to check out this thread healthunlocked.com/boneheal...

Some of the ladies posting there might be able to give you some help or advice.

Thank you. That was interesting.

Hi..I had a total hysterectomy when I was 34..I went on HRT straight away as worked full time . The hot sweats were terrible took almost 12 months to settle down…I was on HRT until I was 72. Three years later I had my first spinal wedge fracture T10..then a further twelve months on the L2 @ 4. Horrendously painfully. Had to wait three months to have a Kypoplast operation then while recuperating I had a further 15 spinal wedge fractures one after the other. If I had been given the necessary preventative when I was taken off the HRT none of that would have happened also failed to give me medication to prevent any further bone breaks after the first one..I am 82 now active as can be but so angry I was denied the necessary medication at the time. . You need to push for what ever necessary. Best of luck. Xxxx 💐

AnnieW55 in reply to Margaret007

Thank you for your reply Margaret. You really have been through the mill. Best wishes to you and I hope you are able to continue being active for many years to com.

Margaret007 in reply to AnnieW55

thank you Annie make sure you push to get the relevant medication and vitamins needed so you don’t end up in the same situation as me. Xxxx

I have a story much like yours. After I went through menopause in my late 40's with some symptoms (hot flashes, in particular), the symptoms abated and I thought this was a sign that I had just finished going through menopause. However, after a bout of post-menopausal bleeding, I discovered that I had pre-menopausal levels of estrogen. (Had to argue my gynecologist into testing the estrogen.) Turns out I had a granulosa cell tumor--a rare kind of ovarian cancer that can secrete hormones. I've now had both ovaries removed and a hysterectomy (due to the high levels of estrogen, I also developed endometrial cancer). And, since the surgeries, I have had menopausal symptoms. Also, after the surgeries, my bone density decreased fairly significantly.

So, first, a question for you: are you sure the tumors you had were benign? Granulosa cell tumors are rare and, typically, slow growing malignancies. Because they are typically slow-growing, some gynecologists will tell you that they are benign. This is false. There are people who have had them recur after 25-30 years of no evidence of disease. However, the mean time to recurrence is 5 years. Because these tumors are rare, many gynecological-oncologists have never seen them and don't know how to treat them. I'm not saying all this to scare you--if you do have a slow-growing GCT, chances are that you'll die of some other cause long before the GCT would have killed you. But it's worth checking out because, if you had a GCT, you should be checked regularly for recurrences. A recurrence can usually be handled with another surgery if it's caught soon enough and there is a fairly long window. But if it's not caught soon enough, it can kill you. Also, there is a facebook group for people with GCT that you might want to join--the women in that group know much more than most gynecological-oncologists because they've had to do their own research.

In any case, if you did have a GCT, then you ARE going through menopause a second time. It's not too late to try HRT, but there's an issue of whether or not HRT might cause the GCT to recur.

Thank you for your reply, I very much appreciate it. Doing our own research is getting more and more important.

The surgery removed everything in my reproductive system plus samples from surrounding tissues, some lymph nodes and my appendix in an effort to avoid further surgery. Everything was sent for analysis and, I’m told, came back clear for cancer. So now, somewhat belatedly, I’m wondering if my bones have been affected - seems likely that they may well have been and what extra I can do to help stem any losses over and above what I already do (and avoiding actual osteo meds).

Thank you again and sending you every good wish for continued good health.

Thanks for your good wishes! If your tumors weren't GCT and there's no sign of cancer, you might actually be a candidate for HRT. From what you say, it sounds like you ARE going through a second menopause (you need to find a doctor who will understand this). And, if that's so, then you aren't too far beyond menopause for HRT to be beneficial. Good luck in solving the problem with bone issues. Wishing you the best of health!

Quick update: after a very good telephone appointment with a GP from my practice (I asked for someone with an interest in menopause/HRT) I am going to try an oestrogen only patch (gel still very difficult not get otherwise I would have gone for that and will change as soon as I can assuming Im ok with the HRT.

The dr was lovely and fully engaged in the conversation, asking questions and listening to the answers and very easy to talk to. She has ordered blood tests too to make sure there are no other underlying causes for my symptoms and added in a vit d level check. Even if she had said HRT was not an option for me I would have been happy with the consultation as she took her time and we covered a lot of information, including discussions about past and present medical history and I would have seen her reasoning for no medication.

Anyone on forteo every second day made gains

Is bad press for bisphosphonates a danger?

2011 aged 53 and menopausal I was diagnosed with coeliac disease and my ensuing DEXA scan showed I...

Do with OP 6 months after cancer treatment

reflux. Had dexa due to family history and age. 61 but slim and fit before last year! Menopause at...

Need to get incorrect diagnosis changed

osteoporosis 2 months ago following a DEXA scan BMD of -2.6. I’ve not had any fractures. My Dr then...

Life with fractures, help in the UK