Should I stop taking risedronate?: I have been... - Bone Health

I have never had a fracture. I try to exercise as much as possible - these days it's mainly walking.

My calcium levels are fine and I have been taking Vitamin D (prescribed) for about 3 years. In addition, I take Vitamin K and magnesium daily.

Since about February I have experienced severe neck and head pain. My osteopath and GP say this is osteoarthritis and nothing to do with taking risedronate. In the last few weeks I have noticed joint pain in my right knee.

I should add that I have a history of bleeding stomach ulcers - the last occasion 2 years ago.

Apart from that I am an active, healthy and young 72 year old!

This is the first time I have ever posted anything and I know many of you are worse off than me, but any advice gratefully received. 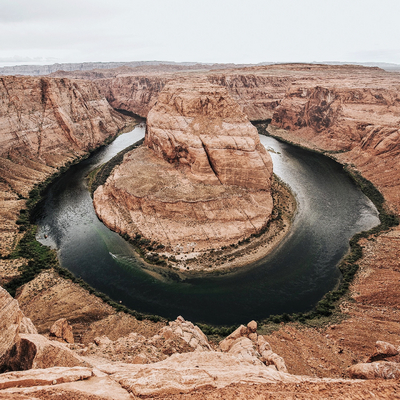 celia72452
To view profiles and participate in discussions please or .
Read more about...
6 Replies
•

It really depends on how you view the risks and side effects of taking risedronate versus not taking it. No medication is guaranteed to prevent fractures. It lowers the risk to the population taking it, but it isn't possible to identify which individuals will benefit and who won't. Recently I read that there's little evidence of bisphosphonates being beneficial to people who haven't fractured, the main benefit being for those who've already suffered a fragility fracture. If you have a 14% risk of fracturing, you have an 86% risk of not fracturing! And the 14% risk of fracturing means that if 100 people have the same risk factors as you, 14 will fracture, 86 won't, but it doesn't say which 14. It's a really hard decision! Obviously we'd all like to stop the risk of fractures and some people find medication does that for them, but others carry on fracturing despite being on meds. If you want to take a more "natural" approach, ideally you'll introduce some higher impact exercise, such as jogging, hopping, skipping, dancing, using weights and resistance bands. This should be built up very slowly and carefully, and it's best to get some guidance on this from someone qualified and knowledgeable about osteoporosis. There's research in Australia that has shown exercising with weights is effective for improving bone density and when done correctly can be safe, even for someone who has had fractures. It's also important to have a healthy diet - low sugar, caffeing and alcohol, high calcium, magnesium and protein, and you might want to consider other supplements, such as boron, zinc and Vitamin C!

Thank you for your positive reply to my post Metoo. It is a balance I agree. My diet is good but I will look at weights. I do Zumba as well as walking, gardening etc (on-line Zumba class at the moment!) but I could do more exercising.

My heart is not in taking drugs unless absolutely necessary. So this is my dilemma! No easy answer. A close friend has very severe osteoporosis and I am acutely aware of what can happen...

I feel the same as you, but was trying not to influence you either way! I tried risedronate for a year, but eventually gave up due to side effects. I haven't ruled out all meds entirely, but wouldn't go back on bisphosphonates and definitely not prolia, so that doesn't leave much!

Thanks for that! So not alone then. Would love to know what side effects you had (if you don't mind me asking) that made you give it up. Also, can you just stop taking it? Is it harmful?

The main reason was that it seemed to affect my immune system; I was constantly ill during the year I was taking it, including a sinus infection that needed antibiotics, not something I'm normally prone to. When I stopped risedronate, my IBS, which had gradually been getting worse throughout the year, also suddenly improved. Having an infusion instead of tablets would probably resolve the digestive issues, but wouldn't be any easier on my immune system. In addition, I'm likely to need a lot of dental work at some point, but don't want to get it all done in one fell swoop just so I can go on the meds! I was considering a dental implant 2 years after stopping risedronate, but the dentist told me it wouldn't be possible until I'd been off it for at least 3 years!

Yes, you can stop taking risedronate, as it stays in your bones for some time (hence the dentist being so cautious). It's prolia (denosumab) you can't just stop, as you have to go on a bisphosphonate like AA or risedronate to reduce the risk of rebound fractures. That's one reason I won't take prolia, because I'd have nothing to fall back on if I had to stop it due to side effects. The risk of fracture if you stop prolia without another med is very high.

Your tscores are not that bad so no I would not take the drugs which in my opinion are no better than having osteoporosis. My scores are far worse and I considered taking something but eventually decided against them all as they are counterproductive.

wouldn't have hives from this when I asked him. It seems to me that gps have no choice and have...

Broken ankle, should I be concerned?

and given calcium tablets and Alendronic Acid tablets which I have not taken as I should have done!...

What medication should I take?

I have told my doctor I am not having the next Prolia injection(only had one). What are the...

Hi I am on letrozole for a few years and have been diagnosed with osteoporosis - just over...

Broken a back tooth and am on Risedronate

dentist has\\\\has not been able to save it? Have had to stop taking bisphosphonates and wait...