My GP has changed my medication from 2.5mg to 5mg ramipril. I’ve been in increased dose for 4 days now. I’m already taking amlodopine 5mg.

Today I’ve had severe headaches and now checking my BP the reading is 192/101. Heart rate 83. Has anyone had similar experiences with this change of meds? 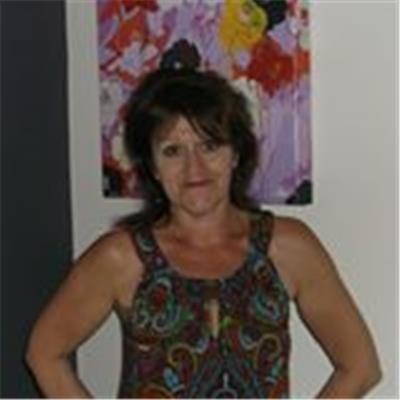 Karen63A
To view profiles and participate in discussions please or .
Read more about...
19 Replies
•

I do seem to have had a very similar experience with Ramapril in relation to both the head pain and very high BP, especially the first time I tried it although that was shortly followed by being diagnosed with an autoimmune condition. However, some years later I tried it again to appease my renal consultant who tries to control my BP. Head pain started immediately so I stopped it fearing it might lead to a relapse into the same condition. I wasn’t on Amlodipine at the time but having tried that on two occasions as well, had to come off it due to severe ankle swelling and inflammation. Certainly ask for the Ramipril to be reduced back down again or even a change to somethings else. I’ve had nasty experiences with so many pills so I do sympathise. Good luck.

springcross in reply to Celtic

This is my second time on Amlodipine - stopped first time because of ankle and foot swelling and also lower leg swelling with nasty rash but they do the job so I am trying them again with the Ramipril in the hope that it won't be so bad this time. 🙏

I take the same drug at the same doses but have never had that effect.They have reduced my bp as expected.Consult your GP as soon as possible.

I must admit when my nurse/practitioner increased my Ramipril from 2.5 to 5 mg, my readings went high and I had headaches and knew before reaching for the BP monitor that my BP was high. I had a few other side effects too so I came off the extra 2.5 mg and my nurse/practitioner put me back on Amlodipine 5 mg. It is better now but I am keeping my eye on it. I would ring and speak to your GP and explain what is happening. Good luck. x

Thank you everyone. Some really helpful advice. This forum helps so much. I'm going to monitor the BP over the weekend and call my GP. Seems that getting the right combination of meds and dosage is complicated.

I was on Ramipril 7.5mgs which was increased to that dose from 2.5mgs.

I never felt that good on it with a number of side effects. Everybody is different .

Maybe give it a little bit longer as drugs take a few weeks to settle in your system.

I am now on another drug, Losartan .I am much happier with it.

Thank you. I'm pleased you seem to have found the medication that works for you. Yes everyone's different and we need to give the meds a chance. Not much fun though sometimes! Take care.

Give your body a few weeks to try adjust. I had itching and hives after starting Ramipril. Zero side affects now and it works brilliantly for me

Thank you. I'll stick with it and see how it goes.

My wife was on Ramipril for a few weeks (2.5mg then 5mg) but became quite ill with side effects, including shortness of breath and an increasingly severe bronchial cough. It wasn't really helping her bp either. She is now on Lercanidipine (10mg) and feeling much better with her readings much improved too. If you are allergic to ACE Inhibitors (Ramipril) see if your GP can prescribe an alternative class of drug. It's just a case of finding what's right for you.

Thank you for your advice. I hope your wife continues to feel better. Sounds like a scary experience. We trust our GP is prescribing what's best for us but maybe it takes a process of elimination to find the right combination. Thank you again.

I was on the same two drugs albeit different doses. My BP never settled on ramipril, it remained high and I had a dreadful cough. No probs with amlodipine. Changed from ramipril to perindopril but coughing still, eventually put on losartan at a lower dose than the ramipril and my bp was fine for a good 8 mths. Starting to creep up again now, i can feel it in my head, but it could be lack of movement and stress due to personal issues. My cardiologist told me he doesnt prescribe ramipril or bisoprolol he thinks they are dreadful drugs, too many side effects.

Thank you for sharing your experiences. It doesn't seem right that some side effects are so adverse. My cardiologist doesn't favour ramipril or bisoprolol.

Yes, stress and anxiety can perpetuate the symptoms. I hope you can maybe find some ways to alleviate that. Take care.

Rampril is an ACE inhibitor. Italiana says that she takes Losartan which is an ARB. The two drugs are in different classes. You might want to read up on the two classes and discuss with your GP which would be the best class for you although your GP may not be up-to- date on which would work best for a particular patient. Some GP's operate in a tunnel vision manner prescribing the same drugs for everyone. When they are in that kind of a rut, they do need to be challenged.

You also write: " My cardiologist doesn't favour ramipril or bisoprolol." I find it a strange call that your cardiologist doesn't favor Rampril, yet you are going to suffer through an increased dosage of Rampril prescribed by your GP. For me, I no longer subscribe to GP trial and error since I was victimized by my GP following that model. I read the latest trials on the medicines as well as the side effects.

Amlodipine is a calcium channel blocker. I am on 5 mg. Amlodipine and 20 mg. Olmesartan which is an ARB.

Sounds like there's a minefield of drugs out there. Information overload sometimes muddies the water further for me.You're right re the differing in opinions of GP vs cardiologist. I guess it's ok to question the prescribed drug if you are not comfortable with taking it.

Thank you for your advice.

Hi my Gp also increased mine she blames stress of times we living in. I have slight shortness of breath and dry cough but it’s not with me all time my blood pressure is high but I do regular emails to my Gp and she doesn’t seem that concerned. I’m on lots of other pills with having arthritis too

Thank you. Good you are in regular contact with your GP. Hope things improve for you.

Hi, I had the same experience. My BP was slightly high and my GP wanted to tweak it. I had been taking 5mg of Ramipril for around 13 years and he added a further 2.5mg. Within two weeks it went up to 216/110 with an associated headache. Previously my 7 day average reading was 146/87 and stable. I then tried Amlodipine but had terrible side effects so I have today started on Losartan. I found one medical journal described this increase in BP happening because of too much Renin being created. When I mentioned this to Dr’s they rolled their eyes even though the research was published in the American Journal of Hypertension.

Hi, I have recently been put up to 5mg Ramipril from 2.5mg and I getting very hot face flushing....

Ramipril - does it get better?

the doctor was insistent I start medication. He put me on 2.5mg ramipril which I take on an...

pressure around 140/90, do I need to change to a different medication? I am taking these medicines...

didn’t want to have to change my medication. Nearly 50% of people on medication have poorly...

Amlodipine 5mg (spelling) just wondering if anyone has had a ny side effects using these for BP.

What is other peoples experience of Doxazosin?