At the moment I'm waiting to have an ICD fitted due to severe heart failure. Yesterday I was told that I need two new kneecaps but they are reluctant to perform the op but will see how I am after my ICD. The main problem being the anaesthetic. They said that they can do it with an Epidural but that sounds a bit scary to say the least. My question is. Has anyone here had such an operation with the Epidural and if so how was it for you ? 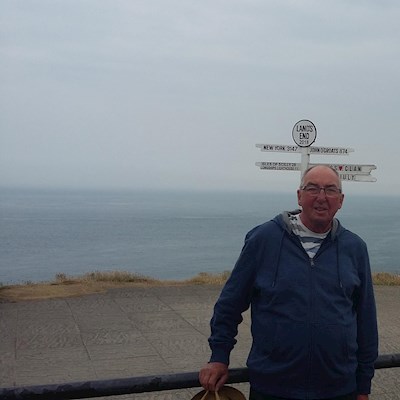 Grayjay
To view profiles and participate in discussions please or .
Read more about...
13 Replies
•

When I broke my femur a decade ago I had it plated and screwed under an epidural. In recovery I was having tea and a sandwich whilst those who had had a full anesthetic were out of it. You are also given a sedative - amount depends on you and if you have enough you will not even remember having the surgery. A friend's father had a replacement hip shortly after OHS and was absolutely fine.

Thanks Michael, I did have a Hernia repair with an Epidural a few years ago when I was a bit fitter but now, not being as fit I'm thinking that Knee replacement surgery would be a bit extreme. Maybe not, I'll see how things go after the ICD.

I had a hip replacement with a spinal and sedation and it was fine (except for a bad reaction to morphine, but that's just me).

You don't feel or remember anything.

I had both my knees done with an epidural, never felt a thing, was out of bed after the epidural later in the day.

Look just take it 1 step at at a time. Have your ICD fitted and recover from that. You sound a bit like me, getting all worked up. Your heart needs medical help first. Than your knees. Me personally, I would opt for an Epidural like Michael. Safer for your heart and you are quicker back on your feet.

At the moment an Anaesthetic would put too much stress on your heart.

My father in law had a knee replacement, and he had a bad heart... sadly he died due to complications after the operation. Pray your ICD implant will go well Grayjay 😊

Grayjay in reply to Snowdrops_17

Thank you that's good advice. As you say I'l forget about the Knees for a while.

Had a knee done before my HA, so can’t exactly comment on that.

Had an epidural as well as general, which was fine (ok, weird, but did the job). I would be very reluctant to have it without the general, and suggest you take your time.

The recovery is slow and exhausting, you need to be as fit as possible before starting this journey. There are lots of people who are playing hockey the week after... but it isn’t like that for everyone. It’s a great operation, but get strong first.

I shall follow this thread with interest. I also have severe heart failure, and need both hips to be replaced, but have been refused due to the risks of anaesthetic. I’m not sure if they could do it with an epidural, I was not offered it.

I asked about the Epidural myself as it wasn't offered. The Consultant said it could be done but it depended on how my heart will be after my ICD at the moment NO . As mentioned by 447510 , I also lost my Dad due to heart attack after an operation, so things will have to be spot on if I do have it done.

Thanks Grayjay. I had my ICD fitted a year ago, with no problems. But I had an epidural for the birth of my last child, 29 years ago, which didn’t work properly. They had to do a spinal for the Caesarian. This was before my heart failure diagnosis.

It does worry me about having a major operation with my other problems, and I’m not sure if I would want to go ahead, even though I do get bad pain with arthritis.

All the best with the ICD.

Hi Grayjay, I was diagnosed with Heart uFailure last year and underwent partial knee replacement surgery this February. I had a spinal block anaesthetic which seemed to work very well.

Thanks Tobysgranny. I saw the Consultant last week and he has now put surgery on hold for a while. X

Hi my name is Sharon I had heart failure in December 2017 and fluid on my body now I’m on a life...

fairly new here. I have heart failure with LAD and RCA 100% blocked. My echo yesterday shows 35%...

Has anyone been diagnosed with severe lvsd ? I'm 33 years old got 3 young children and haven't...

most overlooked things about struggling with heart failure or any other debilitating conditions is...

diagnosed with heart failure. I didn't think I'd even live to see Christmas 2011, but heart...