Has any one had any issues with their meds causing a difference in there taste and smell.

If so which of these did you put it down to, and did you change it for another type or make, and did it work.

I use to take Ticagrelor, but had problems with breathlessness', my surgeon changed it for Clopidogrel which solved that problem.

I have no idea on which of my listed meds is causing me to lose my sense of smell and taste, everything taste the same and smells the same its really strange and is driving me nuts. Its a strange smell and taste, I have all the time and my urine also stinks of the same smell, its like a hospital type smell. I thought it might have been linked to the fact I had given up smoking after 40 years, and 30 a day, that might have played a small part, but I'm sure its med related, has anyone else had this problem, and which med did you put it down to. 100 days smoke free since my H/A. 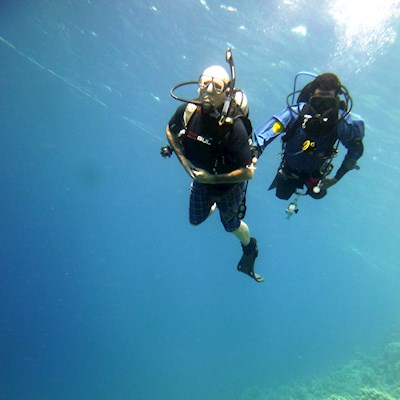 Mike424u
To view profiles and participate in discussions please or .
Read more about...
8 Replies
•

"I'm sure its med related"

But why so sure?

This must drive doctors mental! Patients go through colossal changes with illness and disease, they hit middle or old age with hosts of other changes, but everything from hair loss to toothache automatically gets blamed on medication.

Surely packing in smoking is a far, far likelier candidate? Congratulations by the way, it gets an awful lot easier after 100 days!

The wife gave up at the same time, and her taste and smell is all good, I'm tending towards

Bisoprolol or Atorvastatin, I would love to here from anyone else who has come across this.

I gave up the weed 20 years ago - at the time I craved anything sweet (and put on over 10kg as a result). I had a triple CABG 14 months or so ago and at the time it screwed up my sense of taste and smell. I needed something strongly flavoured to kickstart the taste bit (all normal now), but some things do smell differently to me, even now. I take the same drugs as you excluding clopidogrel! I suspect drugs might play some part in all of this, but based on my experience, giving up the weed will have the greatest impact

Hi Mike, my mum has lost her sense of taste and smell quite dramatically on statins and the cardiologist has recommended a newer drug as she appears to have an allergy to several statins. I will find out the name of the new one which she is tolerating and let you know. Jen

AND HUGE CONGRATS on giving up! Keep up the fab work 👏🏼

I'm on all those meds apart from Clopidogrel (I'm still on Ticagrelor), plus Eplerenone and Lanzoprazole, and I've been smoke-free since 8th Sept, so very similar to you, but I haven't noticed any taste change. My wind is now particularly toxic now though!!

However, in 2015 I had chronic sciatica and was maxing out on codeine, paracetamol and Ibuprofen for 3 months. That changed my taste buds, and I gave up alcohol as a result because I simply didn't like the taste of it any more. I blame the codeine for that, so it's quite possible that one of your drugs has affected you in a similar way.

Giving up smoking is supposed to improve our smell and taste, but can't say I've noticed it so far.

yes the day the gave me ticagrelor I can't get the chemical smell to go away. It is just horrible. The other drugs cause horrible pain in me.

Ditto. Went on aspirin, ramipril, bisoprolol, ticagrelor and lansoprozol after mi and lost all sense of smell. Taste quite affected. Stopped ticagrelor a year later, now 2 years later still on the other stuff, still no sense of smell came back. Taste slightly back. The weird thing is if I look at a picture that I would have a smell associated with it, I smell it really strongly. Like seeing someone frying onions on TV or walking through a muggy jungle, smell hits me intensely. Never smoked btw.

Problems with side effects of meds and psoriasis

like I never had before.reading the side effects on meds ,have pinned it down to Ramipril and...

Side effects from meds.

the various heart meds I’m on ( perhaps aspirin?) Anybody else suffered from the same thing?

taking Atorvastatin effects their taste and smell, I'm convinced its what causing me problems,...

Side effects from meds