Last summer my inhalers we’re changed from spiriva and seretide to Trimbow. After an initial period of improvement my breathing got worse but not enough to ring alarm bells.

About six weeks ago I suddenly became so breathless that moving from one room to another left me gasping for breath on the point of collapse.

The respiratory nurse came to see me and I told her I thought it was the medication. I have now been prescribed fostair and spiriva which has marginally improved my situation. The interesting thing is my oxygen levels were 98%.

Has anyone had a similar experience - I can’t believe that I went from fairly normal to not overnight. 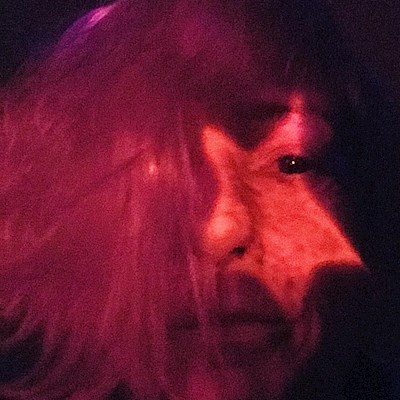 Sazza57
To view profiles and participate in discussions please or .
Read more about...
13 Replies
•

Bearing in mind that I am not a doctor, I believe that trimbow is not recommended for bronchiectasis although it is a treatment for emphysema. This makes your situation quite complex. It may be that you had a bronchospasm reaction to the drug. I have bronchiectasis and have used spiriva and fostair for years without problems.

Sazza57 in reply to Littlepom

Interesting point, yes emphysema does tend to put itself front and centre.The fostair seems to be helping, although it could be the spiriva which I had taken for years.

Here’s hoping my breathing goes back to ‘normal’ before too long.

I have emphysema with asthma overlap. While I don't know about bronchiectasis I know from experience that some inhalers have made me worse within a week of starting them. Others have had no effect at all and a few have helped. I do suspect that some doctors and nurses have tended to focus on emphysema and haven't taken asthma into consideration too. As Littlepom said your lung disease complicates things unfortunately.

I was put on it in 2019, after a few weeks I was feeling awful. Was put back in Sirdupla and Spireva. When I looked online description of Trimbow it was recommended for "up to severe Emphysema"! Probably not strong enough. They wanted to change us all as it was cheaper, but the cost of all the extra tests I had would not have made it cheaper as Dr was worried it was my heart problems.

I've had a similar experience over the past few weeks, very short of breath after very little activity. oxy says 97/98 my Doctor at the Breathing Club says my lungs sound clear but my heart rate is a bit fast, he's written to my G.P requesting X-ray Blood tests and a 12 lead E.C.G as he thinks it may be a heart problem.

You have just described my experience exactly, I am also going for ECG etc with the suspicion of heart problems.We should update when results are in.

I suffer with both Emphysema and Bronchiectasis and use Trimbow twice daily. So far its working well for me.

Jolaine in reply to gingermusic

I have asthma and bronchiectasis. I stopped using Spiriva as it made my mucus stickier and harder to cough up (lung consultant told me this notGP).

My breathing is marginally better and I am hoping the improvement will continue. I went outside for a ‘walk’ and managed about 200 yards (with stops).

An Update After the fostair I have been put back on my old combo of spiriva and seretide.

I have had one ecg which looked good to me but now I have to have a second one.

Will report back when something new happens

again to Trimbow, which I am now. She told me not to use Ventolin as that was already in the...

I take 2 puffs of Trimbow twice a day, has anyone been told they can take more as I feel I need to...

COPD) switches from Trimbow (after 2 years) to Fostair 200/6 twice a day plus Spiriva Respimat once...

Rheumatoid Vasculitis and Bronchiectasis and other lung problems

daily when weather was like this... my other inhaler was spiriva respimat .. Move forward to...

﻿another beautiful vanilla fruit Cake with grapes orange and...