This has happened a few times in the past couple of months with me. It happened one time about two years ago as well. I attribute it to increased phlegm production and thicker mucus from the COPD getting worse.

The first time I waited it out. A vitamin B complex pill lodged itself neatly where I could barely feel it. I thought it would eventually dissolve but it held tight, creating a maddening tickle in my throat. It took about an hour until finally I could cough it out.

The second event had similar symptoms but was a piece of food. Same tx, I waited it out.

The third time just a couple of weeks ago, I had the insight to use the nebulizer and albuterol to loosen up the mucus, and thereby moving the bolus of food up and out. It worked well…I was out of discomfort in a matter of minutes. Remember, I am NOT giving out medical advice, and I will follow up with you after speaking to the GP and pulmonologist for their take on this method.

And now for prevention, I’m nebulizing before meals.

I so love the empathy + understanding from this group. Inspires me to push on. 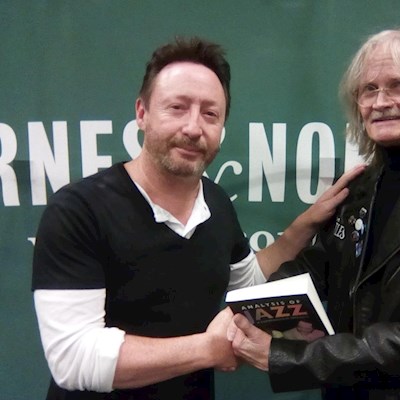 Sharp5Flat13
To view profiles and participate in discussions please or .
Read more about...
10 Replies
•

To be honest and to be on the safe side any food or medications becoming stuck should be investigated. You are correct in saying that aspects of COPD can cause this but there are other causes and being a belt and braces man I would ask that other causes be eliminated as a precaution.

Please let us know what your GP says as it would be interesting to know. You take care and have a good day 😊 Bernadette and Jack 🐕 xxxxxx

Please get yourself seen by gp as soon as possible. There are a variety of conditions where food can get stuck but you need to be seen by an ENT consultant to investigate. I was having issues with swallowing liquids (that in the end resolved itself) and even in Covid times was seen incredibly quickly by consultant.As well as being unpleasant it can be quite dangerous as well. So as suggested previously contact gp.

Ok, Bevvy, et al. I’ve made appts…GP, pulmonologist, and ENT. Unfortunately, I can’t be seen until the last week of February. I sincerely appreciate the caring and support. Thank you!

Get it checked out

Yikes! Okay, Brikel. I will. Thanks for sharing!

Oh my word doesn't sound too good, get to gp pronto. Our Skis has been having major problems with swallowing for quite some time, sadly they havent progressed with this, sometimes the gp/nhs need a gokd kick up the bottom to get things moving. Hope you get some helo soon x

Well, all the professionals (GP, Pulmonologist, Otolaryngologist, and an Oncology nurse) basically said the same thing. Chew food more slowly and deliberately. When taking pills/capsules, take them one at a time (I literally take 10 per day) with plenty of water. If it continues we’ll look at it more closely. Breathe easy, m8s. Whole Lotta Love!

A sobering experience- and an update to an earlier post

had a second ecg at my doctors. The nurse took my ecg to a doctor (that happened the previous...

Loosing weight and getting very thin!

supplements, just in case I’m missing something in my food intake, but the doctor won’t do that....

Persistent Cough and upper back pain

chest x ray which was clear. I have just had a second xray and bloods which was also clear at A&E as