I have had a request from a scientist, Dr Nathalie Cartier of Inserm in France (english.inserm.fr/ ). In the UK, we know Dr Cartier very well as she has helped us in the past by visiting when we have had our AMN Patient days. Dr Cartier is a leading researcher into potential treatments and therapies for AMN and ALD.

Nathalie wants to know the names of Doctors in the UK who take care of patients with AMN. I know two Doctors from University College Hospital (UCH) in London but that’s all.

Could U.K. members you please post the name of your Doctor and the Hospital you see him/her at please? Alternatively, let me know their names through the messaging facility here. I imagine Nathalie wants to be in touch with them concerning her latest research. 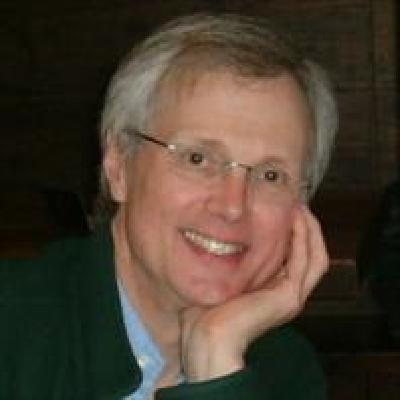 COwithAMN
Administrator
To view profiles and participate in discussions please or .
18 Replies
•

Myself and my mother have AMN meetings with Prof. Chinnery and / or Doctor Ramnesh (he specialiases in kids and has spoken to my daughter) every other year at Newcastle RVI. I've told them about the various things I've tried, cobratoxin etc.

I also see Doctor Ball every year re: my adrenal glands.

are you local to oxford?

Cherie in reply to

No,I live about 55 minutes away near Ascot and a friend, who is also a female carrier, lives near Aylesbury. We both go to John Radcliffe rather than travelling to London.I believe Dr Talbot has 3 carrier patients although he is also learning about AMN. Does your partner go to John Radcliffe?

I live in aylesbury, my partner had his first appointment with Dr lachmann at the national hospital for neurology and neurosurgery in London yesterday. Might be easier and cheaper to be treated in oxford though.

Cherie in reply to

I think it would be a good idea to stay with Dr Lachmann if you can as they seem to know more about the condition in London especially concerning males. How did it go yesterday?

To be honest we didn't find out anymore than we had researched on the internet. He's got to have another Mri and a short synatchen test but that's being done at stoke mandeville hospital just waiting for those appointments. My partner had to have more blood tests yesterday though one of which being a genetics test as he has siblings.

My diagnosis came from seeing Prof. Pamela Shaw at the Royal Hallamshire Hospital in Sheffield. She also referred me to Dr Godfrey Gillett, Consultant Chemical Pathologist at the Northern General Hospital in Sheffield. He specialises in adult inherited metabolic disease and has taken an interest in AMN (unfortunately I have not yet seen him due to my move up to Scotland).

My present neurologist is Dr Dolezal at the Dumfries Royal Infirmary.

Hi, I see a Neurologist in Cardiff but he has little knowledge of the disease, the best Dr around is Dr Colin Steward in Bristol Children's Hospital.

My GP here in Guermsey would be the first to admit he knows very little about AMN other than what I have told him. I therefore rely on seeing Dr Robin Lachmann at the National Hospital.

Thanks for these names. I will send them to Nathalie.

Don't stop - if other names appear, I will continue to forward on.

I see Charles Hillier at Poole Hospital he is a Neurologist who also see's my brother,

Hi Chris, do you know a neurologist called Scott Clarke at all? Prof. Aubourg gave me his name the other day and apparently he's well versed in all things AMN.

COwithAMNAdministrator in reply to Nicolas

No, that's not a name I am familiar with. Maybe Aubourg can tell us more?

Will do, he may have got the name wrong.

I see Professor Scolding at Frenchay Hospital, Bristol. Believe I'm his Only ALD patient. My sons see Dr Colin Steward at Bristol Children's Hospital. He is extremely knowledge and wonderful!!

My doctor told me to prepare for the ALD gene therapy trial,

The first is called, the second is...

consultation next month. My doctors in PA seem to know very little about ALD/AMN, so looking...

experiences with ALD/AMN, but others only post infrequently, and we don't really know anything...

urgency [I know the subject has been done to death here already]. I have a belated diagnosis of...

DO NOT TOUCH FENTANYL