I had a cryoballoon ablation for AF and SVT, and unfortunately they only managed to treat the AF- got to go back for another procedure in Spring to deal with SVT.

I'm 3 weeks post ablation, and I've ended up in A&E a couple of times, and generally felt dreadful- palpitations, chest pain, tight chest, blurred vision, some dizziness, exhaustion, and anxiety due to symptoms.

I'm honestly beginning to wish I hadn't bothered. Can anyone advise? 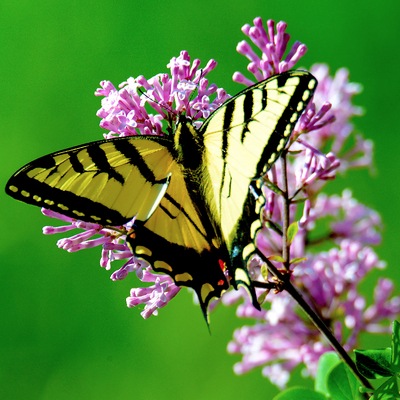 batsman
To view profiles and participate in discussions please or .
Read more about...
10 Replies
•

Most of the things you mentioned are not unusual after an ablation. It’s easy to underestimate the trauma the body and in particular, the heart experiences during the procedure. Assuming like most of us, your inner thigh is/was quite bruised, this is a good indicator of what your heart went through. The link below will take you to a factsheet that will explain the recovery in detail and if you haven’t seen it before, I’m sure you will find it helpful. Try and be a patient patient, things will improve!

batsman in reply to FlapJack

Thank you for your reply, that's very helpful. I'm 51 and it was my first ablation, and I guess I wasn't prepared for what followed! The worst thing is when you google symptoms, and convince your self you've had some kind of heart failure or stroke- some of the blurred vision and listlessness seemed like symptoms of the latter, but the specialist examined me and thought that was not the case.

I guess we have to trust their judgment.

I've read that in some cases it can take between 3-6 months to fully recover....

BobDVolunteer in reply to batsman

Adiepie in reply to BobD

I agree with Bob. In the case of both of mine, it was six to nine months before it really settled down. Well worth it however!!

It’s difficult to gauge whether these symptoms are simply the result of the stress to the heart during the ablation or something else. I don’t think enough information is given to those about to undergo ablation about the likely after effects. I wouldn’t hesistate to go back to the hospital concerned and insist that they get to the bottom of this.

That is precisely why we patients prepared the two fact sheets! Unfortunately we can't force hospitals to hand them out.

It took me several weeks to begin to feel better. I was, like you, made very anxious by reading how well some people are post-ablation. In the end, my cardiologist did a full stress MRI to check if anything else was wrong - but it was all clear. I think with that knowledge, my anxiety dissipated and I began my proper recovery.

In the early weeks following my ablation (for atrial flutter), I had one breakthrough of AFib that sent me back to A&E. That was truly awful. If you still have fibrillation, this might be why you’re still suffering.

Are you still taking beta blockers ?

batsman in reply to Ppiman

Hi thanks for your replies.

I was already taking diltiazem before the op, then I was put on flecanide after, which I really felt I wasn't tolerating. I've now come off that, and weaning off the diltiazem, and about to start beta blockers.

My specialist told me I hadn't tolerated the op very well- I can recall feeling a lot of pain, and apparently it took several of them to hold me down during the procedure!!

So they managed to treat the AF in one chamber, but not the SVT in the other. I guess the thing that concerned me was if the procedure had actually done more harm than good, particularly as they hadn't managed to accomplish everything.

My side effects were pretty unpleasant, and the weekend before last I ended up in A&E, and had 3 episodes of SVT where my heart went up to 220BPM's- was pretty bad, and they had to twice inject me with this stuff that literally stops your heart. They kept me in for a couple of days. I'd also had blurred vision.

However, after keeping me under observation for a few days, they told me my blood pressure was fine, and heart beat was steady, if rather fast. The specialist said that, although unpleasant, what I was experiencing was fairly consistent with post op symptoms, and in time should improve.

I guess the situation hasn't been helped by a lot of stress- work schedule, imminent house move and Christmas !

I've had good days and bad days- some days I've felt just awful, almost like I've had a stroke or something- my specialist thought that unlikely- then the last few days I've felt a bit better because I've been relaxing a bit more.

Oh well, I guess I've got to be patient.

I should think your consultant is right - a bit of time under your belt and you'll be feeling better. I wonder why you moved so much while being under a general anesthetic? That was worrying to read!

Yes, after my ablation I ended up in ER. I was having a "burning" pain in my chest and I had it after the ablation. My cardo dr gave me some meds and it took care of it.

I had an ablation for SVT yesterday. I am doing mostly alright but if I stand and walk, even if I do

anyone has experienced this, SVT soon after a successful ablation for SVT specifically.

AF this morning. My ablation was only 10 days ago so I'm sure it's just part of the healing process