Post ablation flutters?: I had an ablation... - AF Association

I had an ablation for SVT yesterday. I am doing mostly alright but if I stand and walk, even if I do it slowly, I get flutters in my chest. It goes away within a minute of sitting. Is this normal? My dr's orders were to take it easy today and tomorrow and back to normal on Friday. No lifting anything over 10 lb for a week or so.

I had a couple of skipped beats yesterday but that I can remember, none today. Just the flutters when I get up and move. 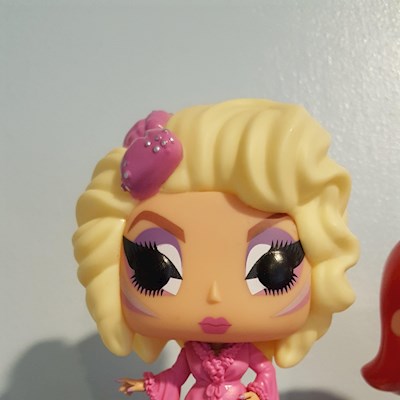 sjanee11
To view profiles and participate in discussions please or .
10 Replies
•

yes sjanee11.....all normal....try not to worry....not for us to question your doc so all I'll say is try an do NOT A LOT for at least a week, and a little bit more for the second, even if you are feeling on top of the world!!!

sjanee11 in reply to FlapJack

Good to hear. It's not every single time I stand. But it only happens when I stand. I'm definitely not going to overdo it. A little scared to do anything crazy

Does your heart rate feel normal during the flutters?

The flutters are like right in the lower part of my neck. I haven't checked my heartrate while the flutters are happening because tbh I don't want to freak out. They had to give me ativan at the hospital because I thought my heart was beating too fast when it had been 90-110 since after the ablation. I had a few flutters in the hospital and told multiple nurses and they said they were watching my heart monitor and nothing looked off. It doesn't feel fast or irregular. My elecrophysiologist didn't say anything other than I would feel skipped beats.

I had an ablation on Monday this week. This is my second but this one was for atrial flutter not for a-fib. I also keep getting the feeling in the neck. However I have checked my hr via Garmin HR monitor and for arrhythmias via Omron blood pressure monitor and cannot see either arrhythmia nor significantly elevated heart rate.

I am now considering the possibility that this fluttery feeling in the neck is not directly linked to either elevated Hr or arrhythmia (I had previously thought it was). If not I do not know what it is!

higgy52 in reply to KMRobbo

sjanee11 in reply to higgy52

I had SVT and it took about 4 hrs for the ablation and I went home the following day.

KMRobbo in reply to higgy52

I was at the hospital at 08:00 but was only in the theatre about 10:30 and it was done by 12:00 ish ( I did not have my watch on in the theatre).I left the hospital at 15:15. The wait till 3:15 is to allow the groin to heal up somewhat before you are allowed to move your leg from straight, and put load on it. I think that there were 3 ablation spots going off the fact the pain happened in 3 groups , but I am not certain. This was RF ablation. It was quicker than the pulmonary vein cryoablation I had for the A Fib. The pain is not a big deal, as has been pointed out before by others it is worse at the dentists! I then spent the best part of the next two days in bed so the groin can fully heal, so get a couple of books to read, and get some music available!

Best of luck with your procedure

I really appreciate your frustration at trying to figure out if you’re fluttering, beat-skipping, or just what. It can FEEL like one thing and it’s really something else. We can freak out over something minor and then maybe miss something significant. I’m glad the Afib experience overall isn’t usually fatal (a good blood thinner is important).

I haven't had any flutters since yesterday afternoon. I am still taking it easy and not overdoing it, but the few times I have stood up and walked to the bathroom and back, I have been completely fine.

A week ago Monday I had catheter ablation for atrial flutter.

Wednesday of this week I woke up to...

going ok. Am getting a few ectopics here and there and sometimes I can feel my heart beat going a...

Heart rhythm is normal. Rate is a few beats above my usual normal

Over the coming few...