Winter is here, dark gloomy days, Solar roof panels show nowt and no sun can be seen. your chances of getting vitamin D today is nil.

*Iodine deficiency is the most common cause of preventable mental impairment and the UK ranks seventh among the ten most iodine-deficient nations.

Data from the US shows that more than one in four children lacks calcium, magnesium or vitamin A, and more than one in two children are deficient in vitamin D and E. Lack of vitamin b12 is linked to heart disease.*

However, be of good cheer. Friday is the winter solstice, the sun returns and dark nights are banished. Feast and be merry, remembering of course that 10pm on Christmas day is peak time for heart attacks. Another mince pie perhaps? 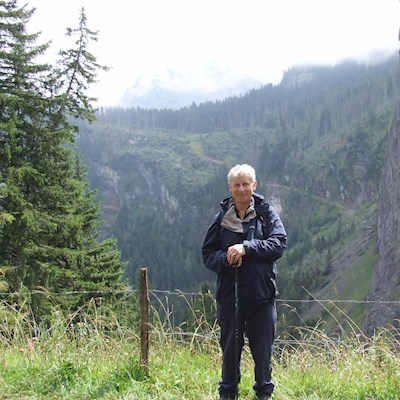 Ianc2
To view profiles and participate in discussions please or .
Read more about...
3 Replies
•

Good one! Thanks for making me smile😉. It is 10 am and sun brightly shining, going to be a warmer than usual day here in the mid USA... think I will spend some time outside later!

There has been no way of making vit d from the sun since mid September in most of UK and one has to wait till April to start again. That is why the advice to wear sunscreen plus more indoor activity has been disastrous for the population. When I was a kid nobody wore sunscreen to go out to play . Skin cancers started when people with pale skins started going to Spanish beaches for two weeks in August. The guidelines for how much sun exposure you need when it is possible to make vit D are just plain wrong according to all the major researchers. The norms for adequate levels in UK are the lowest in Europe. It is little wonder the population is so unhealthy .

Our solar panels also made no electricity that day but it's sunny here today in the Gloucestershire Cotswolds, after the early morning mist. I have taken a multivitamin and mineral pill daily for years to make up for any shortfalls in my very healthy diet but good to remind people- lack of vitamin D is also linked to MS (I learnt that from a talk at the Cheltenham Science Festival several years ago)- but dark nights will not be banished after the solstice, things will just start getting better from then (at least as far as dark evenings are concerned- if not for all the other troubles in the world!) Happy Solstice!

What do forum members think re vitamin...

in the Philippines but it clearly shows that the more deficient in vit D you are the worse the...

Center Heart Institute shows that too much vitamin D can lead to the onset of a dangerous heart...

the weekend. Small trial but it showed that patients given vitamin D on admission to hospital with...

thing concerns me - I have always been vit D deficient and have mild osteoporosis. Dr ignores the...

Has anyone out there had my problem.