My Mayo MO has offered a new plan as an alternative to my current hormone therapy (Zytiga + p plus Lupron). I have been on this hormone therapy since March 2019 and remain with negligible PSA. I was originally diagnosed through a retro peritoneal lymph node that showed prostate cancer but confirmed by subsequent prostate biopsy with most nodes at 4+4 or 4+5.

My MO proposes that I take the UCLA PSMA scan. If I don’t have any met anywhere then he proposes that they thereafter irradiate my prostate and then stop using the hormone therapy but simply engage in watchful observation. He seems to feel that because my lymph nodes – which were enlarged on diagnosis - have shrunk to normal so we don’t really need to worry much about them (or he may want to irradiate them, I’m not sure).

My questions for the brain trust are these:

1. How will the PSMA scan find anything when I have negligible PSA? I thought it just scanned for anything extruding PSA?

2. Does this plan make sense? To be honest, I’m a little bit afraid of going off something that has been working so well. But to be candid, I hate what it has been doing to me. I hate the shortness of breath, the too easy fatigue, the hot flashes, the man boobs, a eunich’s body, plus junk smaller than my thumb. What do you think of his plan?

(I am a little scared and a lot excited) 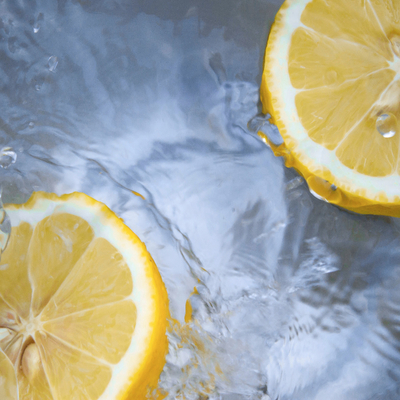 KJMinPhx
To view profiles and participate in discussions please or .
Read more about...
14 Replies
•

2. It is certainly a mistake to stop Zytiga while it is still working - why would you do that? What evidence does your MO give that it is a good idea? How many M1a lymph nodes have been identified previously (that will determine whether prostate radiation is a good idea.. One doesn't re-stage after hormone treatment.

Tall: I think of you as one of the most authoritative posters in our group. I hope you don’t mind if I share yours, and all comments with my MO.

The detection rate of the Ga68 PSMA PET/CT with a PSA below 0.2 is variable but it has been reported to be around 45%.

The ORIOLE trial showed that direct treatment of metastases prolonged the time to radiological progression of the cancer and induced a systemic immune response in oligo metastatic patients,

It is not the SOC for patients with castration sensitive metastatic PC and it has not shown a survival benefit. It could prolong the time when a systemic therapy is needed, but we do not know if there is an effect in overall survival.

The SOC prolongs life but it causes an iatrogenic state of PC (castration resistant PC) which eventually will mutate to a cancer impossible to control with all the drugs and procedures included in the SOC treatments. Perhaps your doctor is thinking in a way to delay this process.

(or he may want to irradiate them, I’m not sure)

As for "watchful observation" or staying the course, it is almost more a belief-based decision than a no-brainer either way. In spite of ONE study showing iADT as inferior to cADT, the overall literature does not show clear and significant inferiority.

My personal "belief-based decision" is that, absent pain or other symptoms, alternating the hormonal milieu (via BAT or iADT) is going to 1) allow the body to recover from the prior imposition of a disease state like hypogonadism, and 2) keep the cancer from adapting to (and thriving in) a singular hormonal milieu.

KJMinPhx in reply to noahware

For what it is worth, I consulted with one of the national experts in PC, Dr. Morris at the Sloan Kettering Cancer Center in NY about the plan of my local MO.

The plan was to let the PSA increase to about 1.5 then get a Ga 68 PSMA PET/CT and if there were less than 5 metastases do direct therapy and if there were more go to Germany and get a second Lu 177 PSMA treatment.

Dr Morris considered it was a good plan and if I was lucky I could get a couple of years without other treatments.

The PSMA PET/CT with a PSA of 1.5 was negative for metastases. Then the Covid happened,. I am on hold using the SOC, watching my PSA go down and waiting for a Covid vaccine.

One should remember that overall survival does not include quality of life particularly when one has to be chemically castrated and taking drugs which cause obesity, diabetes, muscle loss, fatigue, seizures, peripheral neuropathy, impotence, loss of libido, hot flashes, osteoporosis etc.

LearnAll in reply to tango65

Agree with tango65 and noahware's thought process. A better quality of life for years over a few weeks of more life ...is a worthy consideration.

Substitute prostatectomy for prostate irradiation and this would have been my version of preference, everything else as per your MOs plan.

„How will the PSMA scan find anything when I have negligible PSA? I thought it just scanned for anything extruding PSA?“

PSA and PSMA are different. A high PSA value is an indication that the tumor cells will probably have a lot of PSMA expression. However, if the PSA value is reduced while on ADT this does not correlate any more. I had a PSMA PET/CT with a PSA value of 0.09 ng/ml while using Degarelix and it showed the same lymph node mets that could be detected before I started with ADT.

With a Gleason 8 it is very likely that the PSMA PET/CT will show metastases. You can zap these with SBRT radiation as tango65 described and start an ADT holiday then or just continue with continuous ADT. However, if you do not plan to zap your metastases you do not need a PSMA PET/CT.

The result of the PSMA PET/CT will not be that you have no metastases and therefore can stop ADT for a while. I assume you had your prostate treated with surgery or radiation and then had a recurrence and therefore started with ADT.

Justfor_ in reply to GP24

My understanding is that he had none. He wrote: "...thereafter irradiate my prostate...".

So, his prostate is still there and can be irradiated (don't believe for a second time).

He was probably given ADT right after biopsy due to the high GS of the samples.

Your MO can run all the tests he wants. However, I do not think stopping a drug treatment that is still working a wise decision. Until you have some significant PSA rises stay the course.

The problem with having a "negligible Psa" while on ADT + Zytiga is that these drugs put all your Pca at PG plus any mets that are likely to b there into a coma, and thus produce low Psa and this lulls you into thinking that the ADT + Zytiga is working. Working to do just what? I found that not much if any of my Pca was killed by use of ADT plus added Cosadex then Zytiga, and the EBRT didn't work and the salvation IMRT didn't work, but from 2010 to 2016 I had fairly good Psa suppression, but not much killing of whatever Pca cells I had

But when PsMa scan became available in Australia in 2015, it became useful because it immediately showed small sized mets about 2 years before any CT could see them. So a whole lot of doctors and patients who thought there were no mets in many cases were shocked when many mets were present, and maybe hundreds more which could not be seen, even with PsMa Ga68 PET/CT scans. The next shock for docs and patients was to watch all the mets just get bigger despite ADT and added Cosadex or Xtandi or Zytiga, and then chemo was seen to fail too often. All that happened to me, and so far I've had 8 x PsMa scans which cost usd $500 each because a lot of the expense is funded by our Medicare.

Having Psa < 0.2 will not give a very good PsMa scan, but anything above 2.0 should give a good picture of cancer status, but only if the Pca makes Psa and also makes PsMa which is a chemical at tumor sites, and that is what attracts gallium + ligand chemical gather at mets and PG or RPsite, if there is Pca present. But all scans have a tumor size threshold, and a small 1mm dia met may not show up but there may be 100 present at many sites.

As treatment continues, all thee mets grow, and some may be killed by chemo or Lu177, but not all, and some mets will cause more spread of mets because mets breed mets which breed more mets, and the danger is that eventually there are thousands of mets with differing DNA which may not respond to any known treatment so they then grow exponentially and I watched this happen to a friend last year when his Pca went to his liver and docs has ZERO fixes for him and he died. He had lasted only 3 years after Dx. I am nearly up to 11 years after a Dx at 2009 at 62yo, Gleason 9, 9/9 positive samples, Psa at 6, but PG was inoperable and probably had spread widely although none were seen in scans until 2016.

No man say he has a "negligible Psa." Its the one very important blood test result that must NEVER be neglected, yet it is, and then diagnosis is often way too late. I should have had a biopsy when Psa was 3.0, some 4 years before my Dx, and instead of a horrid Gleason 9, I might have scored a Gleason 5, and then an RP might have got rid of PG BEFORE any spread had occurred, and like a few men I know, that was the end to their Pca worries, although many had permanent ED, and some incontinence. Some did have Pca return years later, so the RP may not have removed ALL PG tissue; leaving only 1% present could mean Pca begins in that 1% because it has similar DNA to what was removed. Or there really was a tiny bit of spread of Pca before the RP. I knew men who had repeated biopsies over 3 years to look for Pca, and sure enough, some was found, and then they begged a doc to get rid of their PG, there was nothing good about the policy of "Watchful Waiting" and reliance only on Psa. Having PG cut out well before Psa gets to 3, without having a biopsy is not a bad idea. But men don't like not being a Hot Rooster and becoming a feather duster. I myself should have acted much sooner than I did.

After having 3 clear Axumin scans since Oct 2019 and steadily increasing PSA but no other symptoms...

cancer is responding to hormone therapy. The evidence for this is that your PSA keeps dropping and...

Results of psma scan at UCLA surgery or radiation?

psma scan confirmed cancer in prostate, along with 4 to 5 pelvic lymph nodes. Up until the results...

Why the need for an FDG scan in addition to a PSMA scan?