I was recently prescribed Vyvanse by my psychiatrist who seems to think that I don't have ADHD and that I only have mild symptoms of it. I hate to say she's wrong, but she is. My extremely evident distractibility makes it nearly impossible to do well in school which is highly important to me and it seems like the only things I'm ever upset about are issues caused by ADHD. That being said, she told me she prescribed 10mg capsules of Vyvanse to take once a day for 5 days and then 20mg capsules for the next month until we meet again. I did some research on it and talked to people I know who have been on it before I started and I got really excited, because it seemed like it was going to really change my life, and I assumed that the small doses would still do something because why else would I start that small, but that was a little naïve of me I acknowledge. Anyway, my 10mg prescription ceased to exist when I went to pick it up so I assumed that the psychiatrist changed her mind when she didn't resend it when I told her it wasn't there, and it's impossible to reach her when we don't have a scheduled appointment. So, I just decided to start taking the 20mg pills... This was yesterday morning so I've been on it for two days and all it did the first day was make me slightly faster and sharper than I usually am, which I enjoyed, but I was still getting distracted just as often (which is very often). Today it did nothing at all. I read that it's supposed to be subtle, but there's not any noticeable difference in my productivity. I was advised to eat breakfast when I take the pill, but I know that it can be taken with or without food, and I also know that I'm not supposed to drink caffeine because I'm already on a stimulant, but today I was tired and I felt like I couldn't fix that. Does anyone have any suggestions as to how to help Vyvanse in being more effective? I was considering exercise but I honestly don't know if I have the time, and it's not something I've ever enjoyed. 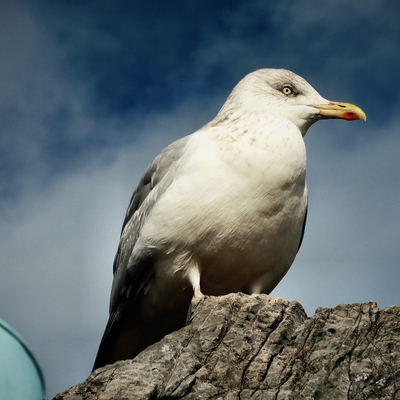 theredplanet
To view profiles and participate in discussions please or .
Read more about...
7 Replies
•

I am currently on Vyvanse. Stimulants don't always work at 100% every day. There are so many factors that go into ADD/ADHD symptoms. Ironically, having a balanced life is what really helps keep the symptoms under control and also helps the medicine. Look up the studies and ingredients on Vyvanse from Takeda (the company that makes it). Everyone is different and it may be that Vyvanse isn't right for you. I took several other stimulants before Vyvanse. Also, see if your PCP can write you a script for the Vyvanse instead of your psychiatrist.

Thank you! I’m actually thinking of switching to a different psychiatrist cause the one I’m working with right now is really hard to reach, and the pharmacy on my college campus has been extremely helpful, so I’m thinking of using the on campus mental health services too; they seem to be super reliable and definitely more convenient. Other than that, I’m gonna have to fix my grades before I can have a regular sleep schedule and a -balanced life-, but I’ll definitely try to implement more of a solid routine and maybe time-block focus periods for specific tasks. I really hope I can get onto a higher dosage soon though. I feel like it has the potential to help me more than it is now.

Hi, I am on Elvanse which is the UK version of it and like you I was hoping it will change my life, We have to accept that is not a miracle pill but it does help.Like you I feel with more energy, happier and I am able to think clearer but I'm still finding that I drift away and lose concentration, all in all it has improved my life.

I am on 70mg now but I also started like you, increasing the dose every other week.

It’s so hard to tell whether it’s actually doing anything. I feel like I might be functioning better, but I also feel like it’s not a significant enough difference that it could be just a coincidence. I also don’t have insomnia or appetite suppression side effects as of right now (which I read are some of the most common ones) but I’ve strangely found that it’s easier to consciously avoid eating and sleeping. College grind at its finest. Did the Elvanse start working more effectively as your dosage went up? I’m hoping I can get more noticeable results from it eventually cause the small difference it’s making right now doesn’t seem like it’s worth the price

I've recently started the titration process on Elvanse (UK) and was also started on 10mg for the first week. However, this is where our psychiatrists approach differ! I was given a clear titration plan including the required information that i would only receive 20mg capsules but i would to open the capsule and mix the contents with 20ml of water and then take 10ml of the mixed solution to get the desired 10mg (the other 10ml of solution is disposed of). As you have missed this step and your not experiencing any troublesome side affects, the direct move to 20mg is not a problem as this is quite a low dose anyway. I spent the last two weeks at 20mg and have experienced some mild improvement in my concentration levels (diagnosed with inattentive ADHD) that effects my ability to concentrate in meetings, etc etc. My experience thus far is Elvanse is quite a mild drug when compared to the standard first treatment in the UK of Xaggitin (Methylphenidate). I had to stop taking this after 10 days as the side effects where overwhelming. I am now on 30mg of Elvanse for the last two days and again there has been an improvement. My constant racing thoughts have quietened down and overall i feel a bit more at ease. I was diagnosed late in life at 39 but i have battled anxiety for the past 20 years. I've done quite well at education and a career in engineering but i have achieved this by always doing short chunks of work and then taking breaks. Like others in this thread i would question your psychiatrist approach to this, as the one thing a person wants after being diagnosed and trying quite a potent medication is some support and advice.

Goldenyear in reply to Adhd2

Your answer gave me a bit more insight into what I might expect over the coming weeks. Like you I was prescribed Methylphenidate (Xenidate UK) on 10 day titration. I began with 18mg and it seemed to almost immediately reduce my anxiety. What a great initial result, I thought. However the positive effect of the 18mg seemed to fade towards the end of the 10 days, at which time I started on the 27mg and this is when the problems started. At the beginning my driving was affected ( like I was bumping up curbs, and not breaking quickly enough) my brain felt slow and ‘drugged’ somehow. The worst was the anxiety, depression and near panic I was feeling as the drug wore off in the late afternoon. That was really unpleasant. I did about 15 days in all on the Xenidate. That was about two weeks ago. I am now waiting for my Elvanse prescription and, reading your post, I feel a bit more positive about trying it. I’ve read quite a lot of articles, experience and opinions from different ADHD communities about the meds journey and the general consensus is finding the medication that suits you is a bit of an unmerry-go-round. We are all so incredibly different and complex. And we have absolutely no control over this factor. The same goes for antidepressants SSRIs etc. Some people adore ice cream, some can’t tolerate it. In time, I believe, there will be genetic mapping for pin pointing exactly what medication fits us, available to everyone. This will save so much time and angst. Ooops, I got distracted. I should be in my studio working! Incidentally, I was diagnosed with ADHD last year, my 70th!! Good luck with journey.

What a great explanation. Really good.

With the explanation you gave at the end of your response, I’d realized that chunks of work and long breaks helped all the way until, but it had caused me a lot of guilty in the past, as I always had seen myself as lazy when compared to neurotypicals, that I see keeping their steady rhythm, like forever. Now I understand it better and I can even take advantage on this strategy, amplifying it with the hyperfocus perk.

I would also like to add the standard advice that medicine will only help you to ease your brain to work close to a neurotypical performance; it won't magically remove all the bad coping behaviours that you've struggling with until now.

It is like improving the hardware of your computer. It won’t get better if you don’t improve the software altogether, keeping an old Operation System. This is why therapy is so important.

so I often cut them off prematurely.

Now, it seems like I talk and talk and don't really seem to...

Started vyvanse about 2 weeks ago

years now I’m on vyvanse and it’s different. I want to know how others feel about vyvanse.

with my psychiatrist is supposed to be in two months. This is day 1, so I don’t want to assume that...

Vyvanse - First week, a bit of a rollercoaster?