Hi, this is my first post. So I recently got diagnosed with adhd and started my medication today concerta 18mg. The first 2 hours I felt sick and anxious but very productive, I basically got a lot done that I usually would of left for a whole week which was amazing.

However, about 4 hours in I've started to feel anxious again and tired. Is this normal for a first timer or should I be concerned at all. not sure if my anxiety is making me feel worser than I actually am.

Any tips or help would be so appreciated. 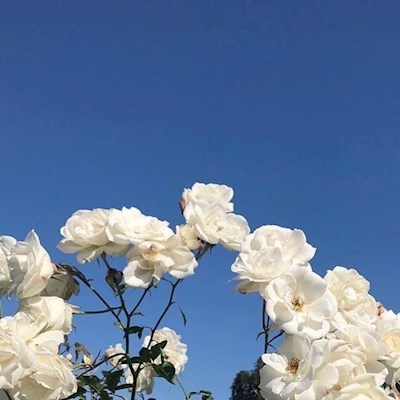 phoebelotusflower
To view profiles and participate in discussions please or .
Read more about...
13 Replies
•

I'm on concerta... It does make you stupidly productive...they paired it (18mg) with strattera (60mg) but I stopped taking strattera a few months ago . NOW I'm on 27 mg of concerta... The fatigue comes in like a ton of bricks unfortunately that's a side effect that doesn't really go away... And mostly I don't feel hungry which is why I take CBD to mitigate the effects.... Working out also helps ironically dealing with the fatigue and drinking your body weight in water... I hope I was helpful

Hiya, thank you so much for your response. This is going to help me out a lot!

THAT “BOOM AND BUST” EFFECT READS UNCOMFORTABLY LIKE ONE OF THE NOT-SO-EQUIVALENT GENERICS FOR CONCERTA.

In many jurisdictions (if not most), unless the prescriber specifies “dispense as written” or the customer explicitly requests a name-brand product, pharmacies are *required* to substitute the most cost-effective, “therapeutically equivalent” generic. Most insurers have similar policies regarding what they will and won't pay; but they often refuse to cover the ‘D.A.W.” exception.

And therein lies the rub.

Generics other than Actavis (manufactured by the same process on the same equipment, it turned out—pharma is full of these “shell games”) were found to release more like discrete doses, than like the branded product.

The branded product produced a slow, nearly-fixed release rate and steadier blood levels after the initial, burst release (included by design in all “methylphenidate ER” products).

At least one generic of which I read (alas, NOT cited below), several years ago, had essentially a “two burst” pattern CONSISTENT WITH THE EFFECTS YOU HAVE DESCRIBED.

Unfortunately, the generics either continued to be substituted or regained substitutable status at some point (I don't recall which); so, while I was on a Concerta-equivalent, I had to police which generic my pharmacy was substituting (as required by law in many jurisdictions).

In my case, all became moot when I was forced off the medication while living in a jurisdiction that required compliance testing: apparently, Concerta and its generics don't appear consistently in urine tests—even if the patient is witnessed taking them!

Since compliance couldn't be monitored, it became a legal no-go, while I remained there (I have since moved); but as far as I was concerned, it had also become a medical no-go: if it wasn't appearing in the expected, elimination path, where was it going, what harm was it doing, and did it even remain effective? (My ability to plow through distracting, cognitive obstacles had eroded noticeably, by that time.)

Unfortunately, as far as I know, this remains the only stimulant medication for ADHD that doesn't lead to confiscation, arrest and possibly a prison sentence, in some countries (for example, Japan).

I have since returned to a “non-stimulant” medication (bupropion) with a similar (noradrenergic and weakly dopaminergic) mode of action; but continue struggling to keep from bogging down in the very detail I'm hired not to miss (precisely because others so often do—yes, I found a way to sell ADHD as an asset).

Here are two articles I can find readily, now, that I remember clearly having read in 2016. Unfortunately, I can't find the ones that graphed blood levels over time or release as simulated in vitro (I don't recall clearly which).

phoebelotusflower in reply to HadEnuf

Crystallady18 in reply to HadEnuf

Wow, so much awesome info. I’m not even in this med and it was really interesting to read about. Thank you!

HadEnuf in reply to Crystallady18

It was one hell of an eye-opener, for me, at the time—emphasis on hell, to be honest!

Often finding the right medication for your body is a bit of trial and error and can take some time. Ultimately each one will have its pro/con and it’s just about whether you feel the side effects (if any) are worth the benefit you get - and whether the benefit matches what you want to get out of taking the medication. Don’t give up! I tried six different medications before I landed on adderall xr. It felt totally different to me than even regular adderall (which I can’t take because I get heart palpitations and anxiety) and also than some of the other longer acting/slower releasing options out there. Different doses will matter too… depending on the person sometimes higher or even lower doses feel better. Check in with your prescribing doctor about your experience. Sometimes they tell you to try it for a few weeks to let your body adjust to it and see how you feel - other times they just drop it and try the next. Continue trying and ultimately together you can find the medication (or combo) that works best for you. Congrats on your first step! Good luck!!

phoebelotusflower in reply to ADHD33

Congratulations.. First on ur step to a better life... I at first asked myself that question and found the anxiety was caused by how productive I was... When it takes forever to accomplish 1 thing.. Then moments later bu-bam everything is done.... Wow head mess even after a year on vyvance 40 mgs in a.m. 30 in p.m. I still sometimes say wow I did all that.... Especially knowing I had this in my early years and didn't do nothing... Its gonna be along journey.. Hard hard and hard.... Understanding when ur meds start to wear off needs to be taken in to consideration so u can understand and know when things are gonna change.... I no for me without the meds I'm a lost and confused child that lost his mommy in the parking lot at the store but no one's around but her... Very sad... Always remember the people here have ur back.... And always be vigilant about the way u feel... The way ur mood is at every moment.... Patterns will emerge cycles will be noticed and adjustments can be made... But always reach out.... U may find an interest in a Dr. Gabor Mate.... His videos on u tube turned me around pretty fast gave me a goal.... Something to think about...

Thank you for the suggestion about the YouTube vids, and your honesty!

Hey,I take adhd medication since I was 11 years old. It‘s normal to feel a little sick the first couple of times you take it. But it will go away in about a week or so. When you stop taking the medication for longer than a week (during vacation?) you will probably feel sick again when you start back on your regular medication routine. But as I said it will go away.

Also this is just how I experienced it and it may be different in your case. It’s also important to say that I did notice a difference depending on what medication I was using.

Can happen feeling sick I'm afraid. I however haven't took concerts in 8 years it's burns out of my system far to quickly and I used to get bad anxiety when the 2nd release kicked in I was on 108mg. Changed to elvanse and dexamfetamine and never looked back.I would talk to your adhd specialist and maybe ask for a anti sickness med just for the first couple of months while your body gets used to the concerta. Also maybe cut out any form of caffeine make sure you get well and most importantly with stimulant medication drink plenty of water all of them things I've listed above should help you on your journey

2 weeks and only last a few hours, any help would be greatly appreciated! Ty!

Adhd help with study and medication

I've started taking Ritalin at 15mg a day but felt that ,although I was concentrated it did not...

Hi! I just got diagnosed with combined type ADHD, and i’m going to be starting adderall xr this week

ADHD and the ageing effect. How bad does the meds effect the ageing process? Anyone with any...

Balancing Medications for ADHD and Anxiety

I'm looking to start medication for ADHD, but struggle with anxiety as well. I tried Adderall a...

Will I ever be able to manage?