I'm a step parent to a set of twins (boys 8yo) and mornings have been the biggest struggle ever. No matter how early I put them to bed or how early I try to get them up, they will not get up and get ready for school anymore.

They have been slowly coming off their melatonin gummies since bed time isn't a struggle as much anymore but now it's become mornings. They have been recently late to school because they choose the worst time to decide what they want to wear or eat before taking their medication ( generic brand of Adderall XR)

I've tried everything they tell me to do in parenting classes or even those guides from books but nothing seems to work and their father isn't their in the mornings cause of work so he can't help much in situations like these.

I just need any and all types of help to get them up in the mornings without having it turn into a nightmare please. 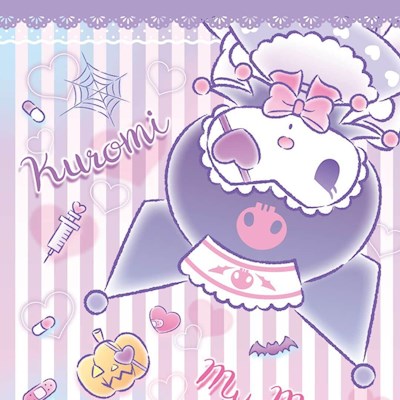 SetofTwins
To view profiles and participate in discussions please or .
Read more about...
14 Replies
•

Sorry you are having these struggles, you are not the only one. Have you tried waking them up just to give them their medication about 30 min. Before? Then let them go back to sleep for 30 min. Then the medication will start to work and it should be much easier.

SetofTwins in reply to Onthemove1971

Unfortunately with their medication they need to have some type of food with it. They know this already and refuse to take their meds without eating something either right before they eat or after.

Onthemove1971 in reply to SetofTwins

Hmm.. never heard that before. A few more suggestions

Are they seeing a thearpist? Or getting behavior intervention? This can help a lot.

You could also call a family meeting and ask them what they need to get up the first time you ask? See if the reward is ok. Then you can start with that and if they don't get up you can take it away.

Could you try having them pick out clothes the night before, get their backpacks ready, etc? Maybe this would alleviate some pressure in the mornings.

Keeping things as routine driven and consistent as possible has helped our son.

Nats2005 in reply to SetofTwins

If this is a recent development, has something changed at home or school that might have thrown the kids off? Something that has them upset so they don't want to school in the morning? Maybe need to talk with the school and see if they're having problems with a teacher or other students and not saying anything about it?

Just a thought; we're having some issues with our son that appeared to start about 2-1/2 weeks ago when I went on my first business trip in 18 months. I was only away for 4 days, but it seems to have set something off.

All that being said, I have to admit I almost wish I had your problems. Our 6-year-old son springs out of bed in the morning at full energy, demanding attention (and breakfast) and acting silly until he gets his meds and they kick it. It's often more than I can deal with before my morning coffee.

We had a schedule of things they needed to do and the checked them off, if they got through most without issues they get a reward (nothing big, mainly tv or iPad time for 5-10 min before school). We also lay all clothes out the night before, make lunch the night before etc. we used to struggle in the mornings and now they for the most days do it all without incident. The reward system really helped my twins (both adhd). Good luck.

We do that too. Have a visual schedule with our daughters name on it and she is accountable for waking up, getting out of bed, making her bed, etc. She “works” for iPad or TV time in the morning. It works wonders. Find what they are motivated by and offer that as a reward. I once gave both my kids iPads and candy for breakfast to get them moving. Lol

Talk to their doctor about switching them to Jornay PM. It's a long-acting Methylphenidate taken before bed and will actually help wake them up because it will start working in the morning depending on what time they take it. My 10-year-old took it for over a year and I would give it to him at 8:00 pm, and he would wake up at 6:00 am.

When my grandson was that age after his bath I would just dress him in his school clothes and he slept in them. She helped with mornings. As a teenager he still doesn't wear pajamas to bed but whatever he's wearing for the day. We have never been on medicine that had to be taken with food but have been on some that killed the appetite. So we always tried to have a good breakfast before meds. Maybe Pediasure , Danamils or yogurt with fruit in the morning?

The more you can pick out the night before the better.

Honestly, I'd tell them both that I'm putting you in the car and going straight to school in whatever clothes you are wearing. That's the new rule. If you're not dressed by the time I get to school, I'm pulling you both out of the car in front of the whole world to see...even in your underwear - don't care.I have a 14 year old and I've been dealing with his ADHD since he was 2 (although we just thought it was a phase at that time) and nothing has worked more than following through with my promises. I do not have the time and energy to concoct a reward schedule to get my child to do what they are supposed to do...they have far more control over themselves than anyone is willing to admit. Yes, they can get out of bed and into those clothes...and take the medicine...and eat breakfast. I've been doing this for 12 years and I do not take no for an answer. Yes, it's been a very rough road, but at this point in our lives my son now knows that when I say I'll do something - he's fully aware that I will follow through.

I really agree with you. I too have a 14-year old son with adhd and I too thought that at the age of 2 it was a phase and it would pass...I also used and still use that approach and it works however my son is also ODD and it's not been easy. Calling the police and going to the hospital for aggressive behaviour. I have had to be very strong and determined to stick with this approach and not let my fears get in the way.

Have you had the same experience with you son?

Yes. In his younger years (4-5), while trying to get an actual full diagnosis, the psychologist did mention ODD as another element of our son's behavior. It was distressing. He was small but physical and would take on even larger kids, pinning them up against bookcases, punching the teacher's legs, punching a family member or friend, throwing objects in side the house, pushing over home furnishings, breaking things just to get attention, etc.

Nothing we did got through to him. So when he was around 7 or 8, I decided on occasion, I would take part in the same aggressive behavior and act out just like him to stop him in his tracks...I didn't do it as a reaction to his behavior. I acted out at a time when he was totally fine, just so he could, for once, react to me instead of me reacting to him all of the time.

He was freaked out a few times, but then I made him realize that's the way I also see him when he's having a bad day. I'm not kidding - sometimes I think I scared him. But I was trying my way to get my point across...to catch him at a moment when he would see me as the "unruly" one. I always apologized to him for my behavior afterwards to teach him that it's not ok to behave that way. I wanted him to feel something negative when he sees a person he knows is not that way, to act that way.

In addition, I asked him if he was ok with me losing control and mom acting like that and of course the answer was, no. Then I said, "don't you wish there was a magic word you could say to get mom to calm down?" So we came up with one and that's when I suggested that we also make one up for him that I could use. He chose one.

The next time he went off, I tried a few times to stop him from acting out, then I remembered the word and shouted it across the room. When I did, he stopped and turned to look at me. After that, I could see on his face he was remembering the way I lost control in front of him. The behavior stopped at that moment and we talked about it. We built on those talks from that point on. It wasn't always an easy path, but it made the issue evolve into a discussion or just for him to go to his room. I didn't force him talk about it each time - he could just go to his room.

We definitely had plenty of other rough times, but I began to make him see me and others as someone just like him - that all people can lose control, but we can make a different choice...not just continue to misbehave. Talking about things prevents the major outbursts from happening.

I hope you and your son can continue to build a closer relationship in order to prevent some of these episodes from happening. Each child and family is quite different...finding what works for you and your son is always the best answer. Getting to that point is the part that requires so much patience and determination on your part. It sounds like you are pulling out all the stops. Good luck and never give up!

Thank you for your detailed response. I'm very impressed by your technique. I would not have thought of it but I'm sure it would have worked well for me too when he was younger. In fact, one thing I used to do when he was having meltdowns at a younger age is going into acting mode and suddenly pretend I was feeling very unwell and that used to make him stop. Until he figured out I was acting of course.It's certainly been and is a journey that most mums don't often get.

Thanks for sharing. Really appreciate it.

to an hour. If I tell him that he does not have to do school work, it would stop immediately. He is...

place to talk to people about what my son has been struggling with for years. He is 15 years old...

My son has been struggling in school since kindergarten. He was diagnosed with ADHD in 1st and

Struggling with a new ADHD diagnosis

goes on. School is definitely a challenge for us around here! I was approached by the school where...