My 10yo daughter was recently diagnosed with ADHD (inattentive), and was diagnosed with anxiety at the age of 4. For her entire life she’s struggled with urinary incontinence. After years of testing and therapy it appears her issue is partially due to chronic constipation which dulls the signal to the bladder. The bigger issue is that she gets so immersed in whatever she’s doing that once she gets the signal (usually emergency by that point) she blocks it out to avoid stopping her activity. We’ve had such a difficult time diagnosing the issue because it’s a combination of physical and mental challenges so her primary care dr doesn’t quite understand the mental side and her psychiatrist doesn’t quite understand the physical side; so no one wants to “own” it. She’s started ADHD meds last week and I’m hoping it helps her focus on the signals her body is sending. Has anyone else’s child experienced the same challenge? 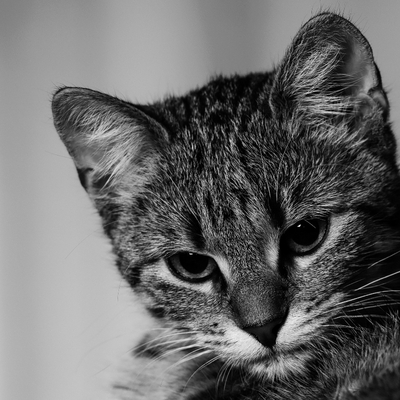 ASMomma00
To view profiles and participate in discussions please or .
11 Replies
•

My 6 year old has the same problem. The Doctors thought it was poop backed up in her system and subscribed miralax. That didn’t help with the accidents. She started on ADHD medication methylphenidate and the accidents stopped while it was in her system. So we moved to a long acting medication and she doesn’t have accidents anymore.

ASMomma00 in reply to BLT8

Thank you for the response. I’m glad to hear you’ve found a solution. It gives me hope for my daughter. We tried mirilax many years ago as well with no success. She started metadate a week ago and we’re increasing the dose today. I’m hopeful that will help.

saradeelstra in reply to BLT8

My 7 year old has the same problem. I thought it was just him being stubborn and not wanting to stop playing to go to the bathroom. We usually go through at least 2-3 pairs of underwear every day and he usually gets scolded for wetting himself. He has been on ADHD medication for about 8 months but I usually don’t give him his meds when we are at home and not planning on going anywhere for the day (just to give him a break from the meds). I have never payed much attention to his accident patterns related to his meds. Now that I know the meds may help, I will keep a mental note and possibly have to give him his meds every day no matter what our plans. Poor guy, I feel horrible that I’ve scolded him when it’s most likely due to his ADHD

Thank you so much for sharing!

Don’t feel guilty. I’ve been there...many times! Thanks for sharing! 🙂

I understand completely what you are going through. My daughter is 12 yo, and she has ADHD, anxiety, and Oppositional Defiance Disorder. Her ADHD was diagnosed at age 7. She initially had urinary incontinence from constipation. The pediatrician never told us about the importance of chronic constipation, and the damage it can do to the colon. This then progressed to stool incontinence. She has seen urologist, and now gastroenterologist, in addition to psychologist, and psychiatrist. Her psychologist states it started as a result of ADHD. She has never been able to sit on the toilet long enough to fully empty her colon of stool. She developed megacolon, and now is on fiberwell, miralax, and ex-lax daily. She has lost the sensation in her colon, and now has damaged her colon to the point that she cannot sense having to have a bowel movement. She continues to have fecal incontinence to this day. This is complicated by her defiance. She refuses to sit on the toilet for 5 minutes every 4 hours, to help train her bowels. We just started new ADHD med and it will take 4-6 weeks before we see any effect. Also, the gastroenterologist feels this is partly behavioral. We have been taking her to a psychologist.

ASMomma00 in reply to scrabble2018

Thank you for sharing your story. My daughter started out with a pediatric GI dr several years ago and while he said chronic constipation appeared to be an issue, he didn’t provide much in the form of a resolution. We did the daily miralax regimen for several years but it didn’t consistently help and quite often caused diarrhea which became even more disruptive than the constipation. We found that daily fiber gummies were more effective. Now the urologist has prescribed a monthly “clean out” which we’re hoping helps.

I hope you find a resolution for your daughter. While I certainly wouldn’t wish these struggles on anyone else, it is comforting to know we’re not alone.

Yes. I am so, so tired of doing pee laundry. My boy is six and still having urinary accidents nearly every day. A lot of it is hyper focus, but he claims to not feel it when he wets his pants, so full bowel may be contributing. I have had the pediatrician examine him for constipation a couple of times, and they say he’s fine, so I don’t know. I have noticed that when I promise him an incentive, like a small toy if he stays dry all day, he can usually do it - so I think there’s some behavioral component to it also. It’s so frustrating, and I have definitely wondered if we will ever be done with this. It’s really hard, especially since I also have a three-year-old who is proving to be a slow potty trainer. Loads and loads of pee laundry every week. I guess I should be grateful that it’s only urinary incontinence, and not fecal incontinence as well.

My son definitely has fecal incontinance. He’s had issues with that since he was an infant - it largely seemed he just couldn’t relax enough. He would only #2 while falling asleep (thus waking him up & destroying nap time.) Even at age 6, relaxing his body is super hard for him. (We’ve skipped learning to float in a pool for now.)

We haven’t had urinary accidents, but he will get backed up to the point of back pain & stomach pain.

The pediatrician also prescribed Miralax, which we use if it’s super bad. But giving him 3 prunes every morning or a fiber gummy supplement seems to keep things under control, at least so far. Sometimes I also give him an epsom salt bath.

Occasionally I’ve used a magnesium supplement to flavor his water - but just a teeny bit, as you can definitely cause problems with overdose. And that was really more trying to get him to drink more water (which is another part of the problem) without adding a lot of sugar.

My 16 year old daughter was just recently diagnosed with inattentive Adhd and she has suffered with urinary incontinence and constipation.

We have an appt with the urologist January 2020 but curious to see if treatment of her ADHD resolves the bladder and bowel condition.

There are many studies that I’ve read indicating that there’s a direct link and I’m hoping we see improvement , if not resolution of this once treatment has begun.

Our daughter starts her psych Ed assessment this week with 3 sessions of testing to break it up for her.

Looking for some success stories here as it’s been a very difficult and hoping for better days ahead.

ASMomma00 in reply to Apalmer

It’s been over a year since I posted it and my daughter has made significant progress. She is able to manage her constipation by letting me know when she feels like she’s getting “backed up.” Then we’ll make a smoothie with prune juice, aloe juice and berries which helps get things moving. The urinary incontinence has almost completely resolved. I’m not sure if it a the ADHD medication or just her mind maturing a bit. There is hope! Best of luck to you and your daughter.

My son (now age 7.5) still has issues with severe constipation, but with constant management we’ve had success.

He started hating prunes and fiber gummies, so we’ve switched to adding Benefiber powder in his beverages. It’s tasteless, so he doesn’t mind. I also privately track if he’s gone #2, and if it’s been a day or two, we add some Milk of Magnesia. I also keep an eye if he’s been drinking enough fluids - all the fiber in the world won’t help if there isn’t enough fluids. he’s learned a lot about check urine color at camp, so he is starting to learn to monitor. As a last resort, we also keep suppositories at home for when things get really bad / crying on the toilet. This more likely happens after a week long schedule disruption (like a visit to grandparents or a week at camp) where a healthy diet and tracking may be off.

I realize a teenager probably doesn’t want to check in with you if she has 💩 or will let you administer a suppository, but maybe she can do these things for herself.

support group for this. My son is 14 and has ADHD he was diagnosed at the age of 6. Omg when I...

the official ADHD diagnosis I decided to take my 5 yo girl to ENT to rule out hearing issues...

not have adhd) and realize she gets away with so much less and i expect so much more from her, why...

get her to see that her pants have holes all over in them, her shoes are so worn that it makes her...

ADHD other psychiatric conditions - Which is it?

After a ton of testing she was ALSO diagnosed ADHD. - inattentive. Turns out ADHD is highly...